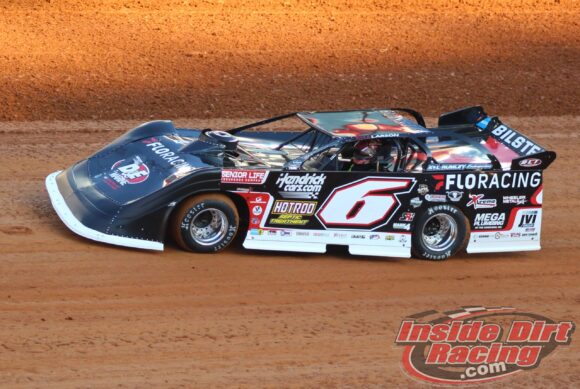 After turning in a dominating performance in Tuesday’s Castrol FloRacing Night in America event on his way to yet another win at Eldora Speedway it would seem logical to list NASCAR Cup Series champion Kyle Larson among the favorites to win the ‘Eldora Million’ which will take place on June 9th of this year. After all, that race will be held on a Thursday which would be a doable date even though NASCAR will be at California’s Sonoma Raceway that weekend. However, Larson made it known during his victory lane interview with FloRacing.com after Tuesday’s win that he will not compete due to a prior engagement.

“I wish I could race in the Million Dollar race later this year but my best friend Colby is getting married so that’s a little more important,” Larson explained.

Larson will continue to drive the K&L Rumley Enterprises Longhorn Chassis in other events when his schedule permits. Those races are likely to include the midweek FloRacing Night in America shows. The No. 6 machine will be at Brownstown(IN) Speedway on Wednesday evening with that series. The Elk Grove, California native will enter this coming weekend’s World of Outlaws-sanctioned Bristol Bash at the Bristol Motor Speedway in both Late Model and Sprint Car competition.

A rough racing surface at Eldora 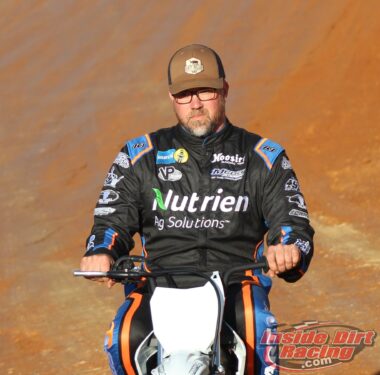 The Eldora Speedway track is known for becoming smooth and slick as a night’s worth of racing plays out. However, that did not prove to be the case on Tuesday evening. The racing surface actually turned quite rough and difficult for the drivers and teams to get a handle on.

The likely culprit for the roughness was almost certainly a combination of new dirt and rain that had fallen in the days leading up to the event on the Rossburg, Ohio speedway. In the end, the driver who managed best proved to be Kyle Larson as he delivered a $22,022 win for his K&L Rumley Enterprises team by using a high line around the half-mile that very few others employed.

Tyler Courtney in a Late Model?

Tyler Courtney made some news last year at the Eldora Speedway in a big way. Just as was the case with their big Late Model races, the Ohio track held two separate King’s Royal events for Sprint Cars. Tyler Courtney won one of those features to earn the right to sit atop a throne wearing a crown on the Eldora’s famous stage.

Winning that race is a dream come true for those who participate in that form of racing. But in a world where drivers are now almost routinely crossing over into other forms of competition, ‘Sunshine’ entered Tuesday night’s FloRacing Night in America event in a Late Model owned by Jeremy Bullins who serves as the crew chief for Team Penske Racing’s Daytona 500 winning No. 2 Ford driven by Austin Cindric.

Not only did Courtney enter the event but the Indianapolis native made a good showing in this form of motorsports outside his comfort zone. After missing out on making the feature through his heat race, the driver scored a win in his B-main then drove to a 9th place result in the main event.

Courtney plans to enter the Eldora Million in June in the same Bullins-owned Longhorn Chassis. 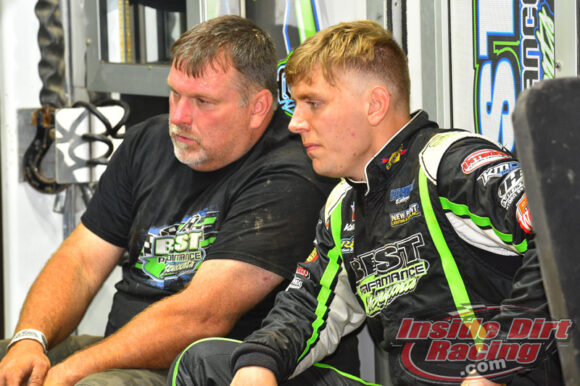 Tyler Erb in a Longhorn Chassis

There were a couple of surprising revelations leading into the FloRacing Night in America event at Eldora Speedway on Tuesday. Earlier in the day, Brandon Sheppard and his Rocket Chassis house car team made it known they would be dropping off of the World of Outlaws CASE Construction Late Model Series where they have had much success in favor of running full-time with the Lucas Oil Late Model Dirt Series.

The other surprising bit of news came when the Best Performance Motorsports car for driver Tyler Erb was unloaded. That team has long been associated with Rocket Chassis using drivers such as Josh Richards and Brandon Sheppard. However, when the No. 1 machine was uncovered in the Eldora Speedway pit area it was not a Rocket.

Best entered a Longhorn Chassis for competition in the event held at one of dirt racing’s most historic facilities.

After qualifying 9th in Group B time-trials, Erb locked himself into the feature by placing fourth in the third heat race of the night. He then negotiated 30 laps around the rough track to ultimately score a 10th place finish.