Thirty-nine late models from across the region signed in for the $10,059 to win race sanctioned by the Schaeffer’s Iron Man Championship Series. Jason Jameson set fast time in group A of qualifying with a lap of 14.383 seconds. Carrier was the fastest in group B qualifying at a time of 14.563 seconds. Billy Moyer Jr. Todd Coffman, Victor Lee, and Devin Gilpin were the heat race winners.

As the green flag waved for the 59-lap race, Victor Lee used the outside line to grab the lead over Moyer Jr. Gilpin quickly took from third from Coffman with Jameson and Carrier Jr. in tow. While Lee led the race, he could only put a several car-length lead over Moyer Jr. Meanwhile, Carrier Jr. moved into the third spot and chased Moyer for third as the leaders ran the top side of the race track. 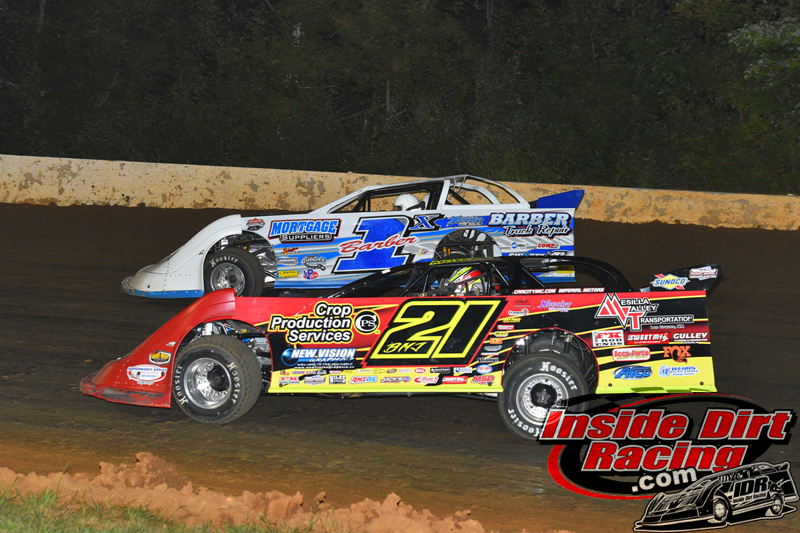 The leaders quickly caught slower traffic which was running the lower line around the track. Drivers such a Zach Dohm, Mike Marlar, and Michael Chilton were able to use the slower traffic to their advantage to move up through the field. Chilton, who was second fast qualifier in group B, tagged the wall on the second lap of his qualifying attempt and had to take a provisional the make the field.

Carrier Jr. held off Jameson for third and began to battle Moyer Jr. for the lead. Carrier Jr. grabbed the spot just before a caution waved on lap 27 with Lee still leading the race.

On the restart, Carrier chose the outside line and held off Moyer Jr. for second. Jameson, Coffman, and Gilpin battled for third and Dohm later joined the battle. Marlar was able to get by Eric Wells and Tyler Carpenter. On lap 34, Carpenter would bring out the next caution with substantial body damage to his machine. 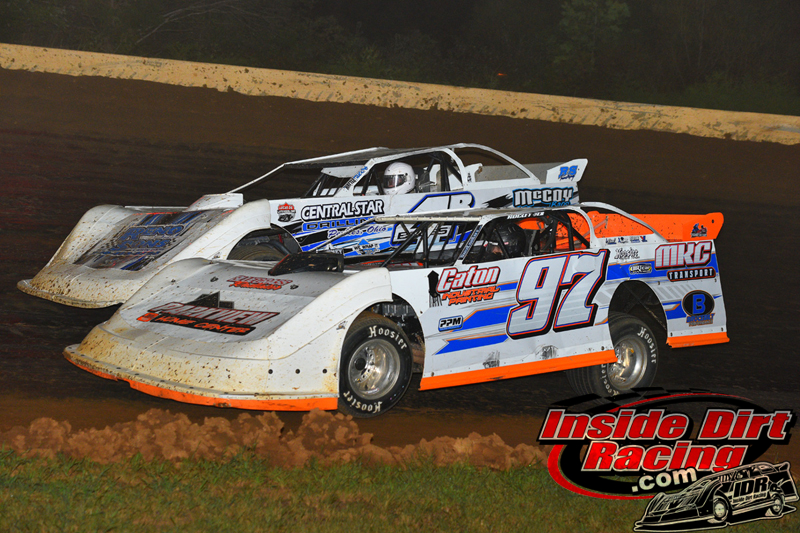 Michael Chilton (97) and Jackie Boggs (4B) made their way to good finishing positions.

Lee remained the leader on the restart with Carrier Jr. holding off Moyer Jr. for second. Marlar began to pressure Jameson for fourth. Chilton continued to move ahead by passing Coffman for seventh. Racing from fourth to tenth place was furious as Jameson, Marlar, Delpin, Chilton, Hawkins, and Coffman traded those spots back-and-forth to and following the final caution on lap 40.

Lee continued to lead on the restart as Carrier Jr. stayed with Lee as others battle for positions behind. Carrier dropped to the low side of the track and began pressuring Lee for the lead. Lee remained on the high side as Carrier finally carried the momentum to take the lead on lap 48. Carrier was unable to put much distance on Lee. In the final laps, Lee closed back in on Carrier Jr. and attempted to retake the lead using the outside line. Lee could only pull alongside Carrier Jr. but could not get enough grip to complete the pass. Carrier held on for the win over Lee. Zach Dohm passed Jason Jameson for third. Marlar had worked his way to third before mechanical problems slowed his car over the final six laps and could only finish 16th. 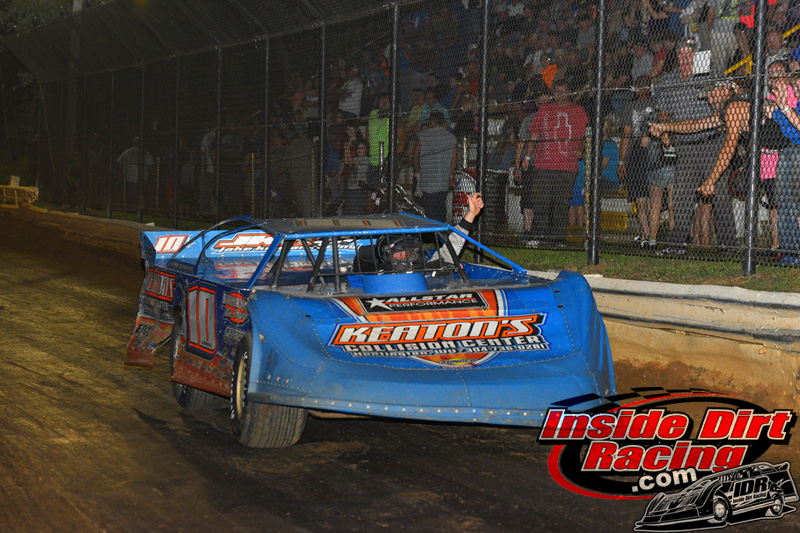 Following the race, Carrier drove down the front straightaway with a thumbs up to the fans. An emotional Carrier said in victory lane it was his first career win at Richmond Raceway. 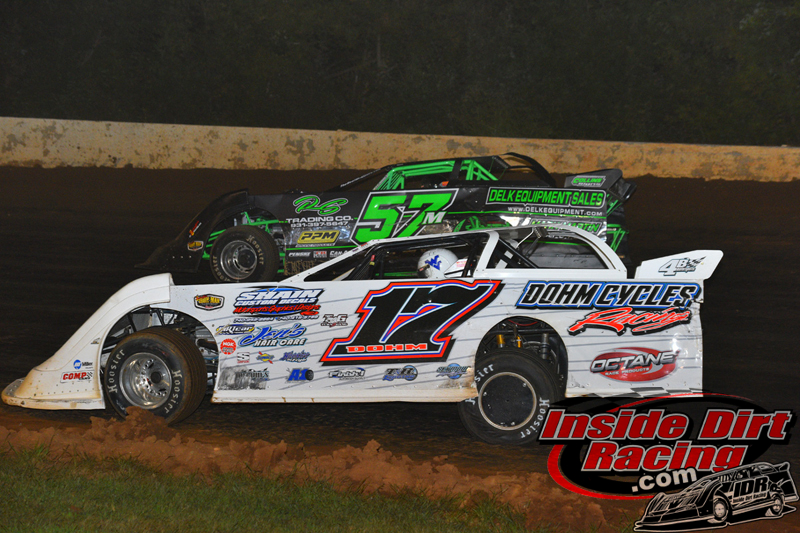 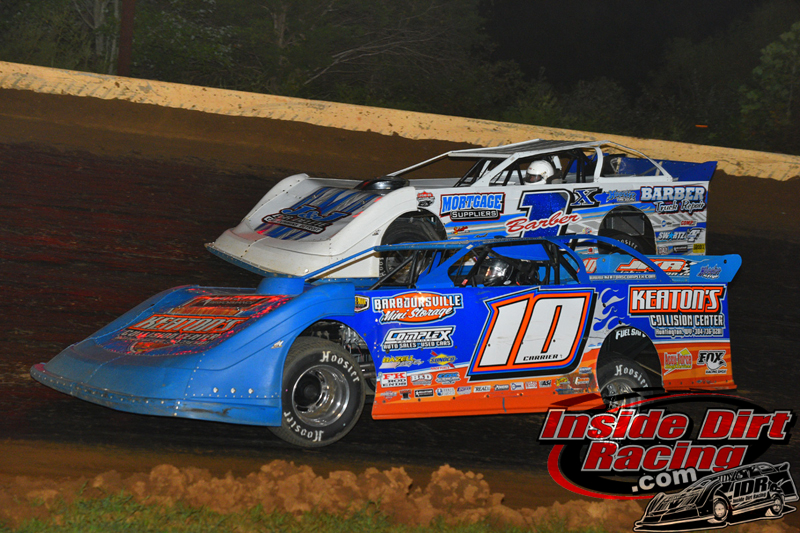 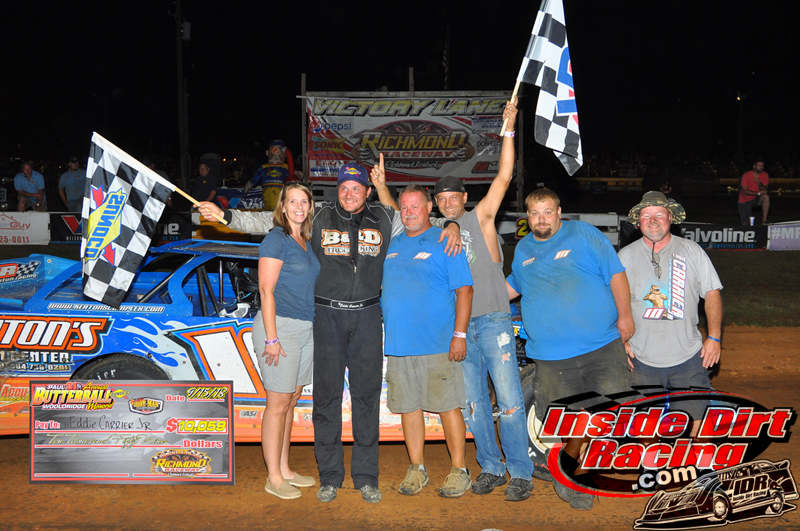