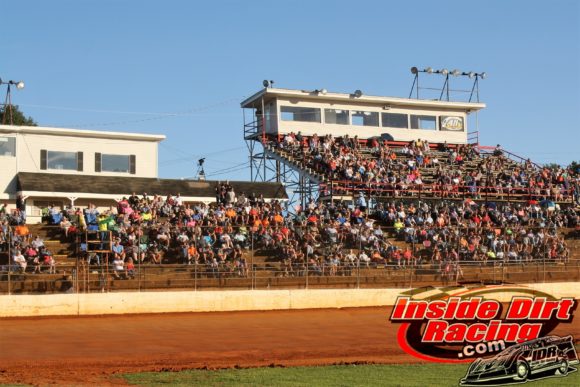 Dirt racing in east Tennessee has undergone some significant changes since the end of the 2020 season. Tracks under new ownership, a prominent track that is in limbo, and fewer races scheduled than in previous years are among the changes that have come about during the winter months. All that taken into consideration, however, this region still provides some of the best racing action anywhere.

As was reported on this site earlier in the week, track owner Landon Stallard has decided to put the Volunteer Speedway in Bulls Gap up for sale. The historic facility located between Knoxville and Bristol has long been a racing hot spot in this area, especially when NASCAR pays its bi-annual visits to the Bristol Motor Speedway.

And while Stallard has vowed to continue operating the track until a new owner can be found, there is a certain degree of unknown now attached to one of the region’s racing mainstays. Whether it be big national touring series events, regional touring shows, or weekly racing, the high-banked 4/10 mile clay oval has been a favorite among many fans and competitors from this area as well as all over the country for years. Only time will tell what the future holds for the Volunteer Speedway.

Other tracks with changes in ownership include I-75 Raceway near Sweetwater and Boyd’s Speedway, which is actually just across the state line in Georgia.

Previous I-75 owners Tim and Angie Kyle, who ran the track for seven years, sold the third-mile facility once known as Murphy Speedway during the off-season to another husband and wife, Shannon and Denise Littleton. The Littletons will be joined by Ken Brewster as proprietors.

While the ownership will be different at I-75 for 2021, the plan calls for the track to continue offering its regular weekly shows along with a few special events.

Boyd’s Speedway, located a literal stone’s throw from Chattanooga, is now owned by businessman Emerson Russell. In the latter parts of David Duplissey’s ownership of the track, veteran racer Riley Hickman was brought on to handle the operation of the property. It is the new owner’s plan maintain that relationship.

In a story recently published on this site, Russell said he plans to offer weekly racing with a few special events mixed in.

Mitch and Tanya McCarter remain as the owners of 411 Motor Speedway but there will be changes in 2021. The Seymour, TN track that has offered weekly racing for several years has scaled back its schedule for the coming season. A number of special events will instead be held on the 3/8 mile clay oval that will be contested at a rate of one or two races per month throughout the season.

Tazewell Speedway owner Gary Hall has dropped a few more open dates into his high-banked track’s slate for the upcoming season. Those weekends, could potentially be used as make-up dates if needed. The third-mile oval will continued to host special events as well as weekly shows.

One track in the area that has been on the rise has been Mountain View Raceway in Spring City. The owners, who revived the Spring City Speedway, plan a schedule filled with weekly shows as well as some special event programs over the coming months.

While there will indeed be plenty of racing for fans and competitors alike in east Tennessee this year. There will be some differences as new owners take the helm and current owners make changes.