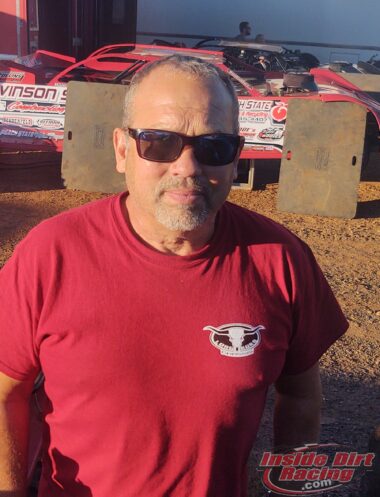 One of the biggest off-season moves in Dirt Late Model racing this past year was that of driver Tim McCreadie joining forces with North Carolina-based Paylor Motorsports and owners Donald and Gena Bradsher. And even in this coronavirus-laden, disjointed season the move has proven to be a fruitful one as the Longhorn Chassis team has scored nine wins so far including some of the biggest purses available in 2020.

Donald Bradsher could not be more pleased with the way things have gone to this point. Not only has the No. 39 scored some big wins but McCreadie currently sits second in the Lucas Oil Late Model Dirt Series standings with just three feature races remaining on the circuit.

“Oh man, it’s been great,” Bradsher declared to InsideDirtRacing.com when asked how his first year as a national touring series owner has gone. “We had expectations coming out and we figured we would win a couple of races and maybe a top-5 in points. We thought that was achievable. With any luck at all, we thought we could win. It’s been an awesome year so far to pick up the big races that we have so far.”

McCreadie has made the most of the biggest races this season. With so many events cancelled due to government regulations, there have been fewer opportunities to earn major paychecks than in previous years. 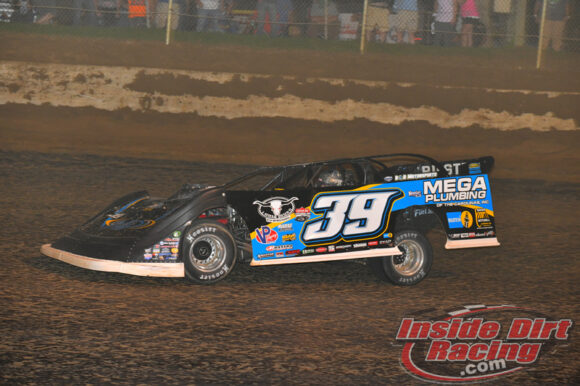 In a recent post-race interview, McCreadie explained that due to the reduction of purses and the loss of major events this season, there has been less money to race for in 2020. That fact makes the remaining big races all the more important to drivers and car owners.

“That’s true,” the 56-year-old car owner agreed. “It’s no fault to the tracks because they had to go back and cut purses because there were limited fans. That caused everyone to cut back. You know, Timmy makes his living racing, and for us to pay for the racing, we need to win some. Those wins have definitely helped out.”

Bradsher credits his team’s partners for much of their success. Longhorn Chassis and Cornett Racing Engines along with Bilstein Shocks have been primary suppliers for the team.

“We’ve got a lot of help from Longhorn and from Cornett,” Bradsher said. “We’ve had Kevin Rumley and Bilstein and all of our sponsors. Everybody jumped in here and helped us get this thing going.” 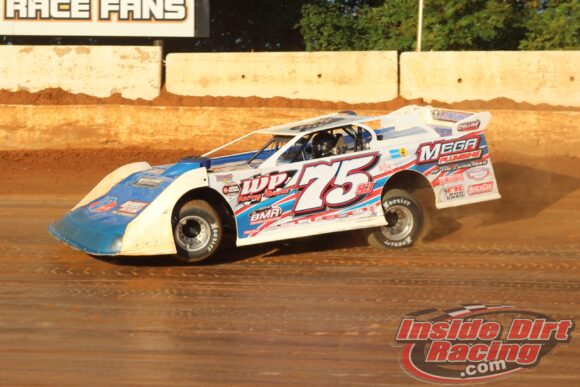 Bradsher still does his own share of driving for John Page Racing. However, serving as an owner has brought new levels of excitement outside of the driver’s seat.

“Stepping away from the driving hasn’t been as bad as me watching Timmy,” Bradsher explained. “When he’s racing, I get more excited and my heart rate beats more watching him than it does when I race. It’s more nerve racking that we’re responsible for what he’s doing out there.”

“We try to reach out to our sponsors as much as possible by phone and by email and putting ourselves out there,” the Burlington, NC resident said. “I can’t take credit for keeping up with the financials, that’s my wife Gena. She keeps up with it and lets us know when we need to get up on the stick and get some money in there.”

While Bradsher certainly has short-term goals, he and his team are looking forward to next season at the same time.

“To come out this year as the champion would be a life-long dream as a car owner but we will be super excited to finish second or third,” he said of the 2020 campaign. “It will be the same thing next year. We’re talking to some more partners to come on and help us, and I hate to just call them sponsors because they’re truly partners.”