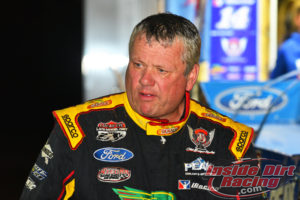 Don O’Neal achieved some of his greatest moments in Dirt Late Model racing as the pilot of the MasterSbilt Race Cars house and now the Martinsville, Ind. driver is returning to that seat. According to a press release posted on DonOneal71.com the veteran driver will compete in the 41st annual Jackson 100 scheduled for this weekend at Brownstown(IN) Speedway.

O’Neal is replacing his son, Hudson, who began the season with the Tader Masters-led team but parted ways with that organization back in July.

Don O’Neal drove the MasterSbilt machine from 2009 to 2013 before he left to drive for Clint Bowyer Racing. During his earlier stint with MasterSbilt, the elder O’Neal won major events such as the Dirt Late Model Dream, the Dirt Track World Championship, and the North-South 100 on two occasions. The ‘Real Deal’ won the 2014 Lucas Oil Late Model Dirt Series championship while driving for CBR. 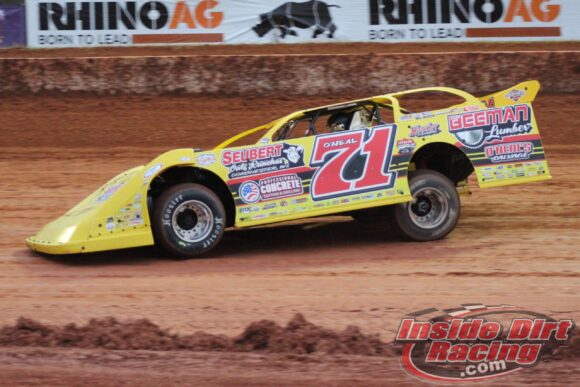 “I’m really excited to return to racing this weekend at Brownstown,” O’Neal was quoted as saying in a press release. “I kind of had my mind made up after leaving the (Clint) Bowyer deal that I was just going to race here and there and go into semi-retirement mode. With all of this time off and only racing once this year; however, I really started to get the itch and I am ready to get back behind the wheel. I’m thankful for my relationship with Tader and Jerilyn (Masters), as well as with Jim Beeman, and look forward to racing with them for the rest of this year and kicking off 2021 down south during Speedweeks!”

The schedule for the remainder of 2020 has not yet been decided upon but the team is already looking ahead to the 2021 version of SpeedWeeks.