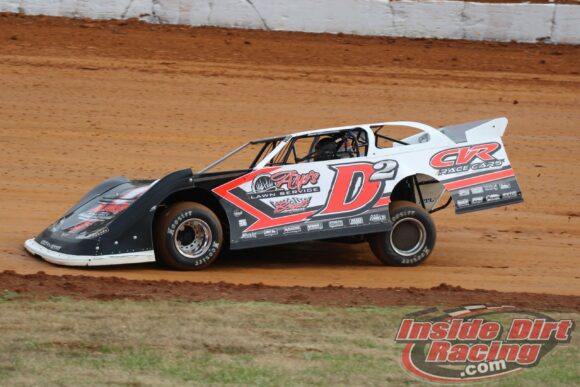 The Southern Nationals family of races promoted by Ray Cook instituted a rule regarding the vertical travel of the left rear suspension for the beginning of the 2018 racing season. That rule came to know as the “droop rule” at that time.

The measure calls for Dirt Late Model cars to use a chain attached to a collar or bearing type mount on the left rear axle tube between the birdcage and the edge of the left
rear bell of the axle housing, and to the left rear frame directly above the chain mount on the rear axle.

The purpose of the rule is to limited the height of the left rear of race cars as they go through turns in order to prevent rollover crashes. It is thought that the amount of lean of the chassis and body of the cars has contributed to those types of accidents, particularly on rougher tracks or when contact has occurred between two or more cars.

The new rule will go into effect immediately which will include the upcoming DIRTcar events at Volusia Speedway Park in Florida as well as the remainder of the World of Outlaws Morton Buildings Late Model Series schedule. The DIRTcar Xtreme Winter Series is also part of DIRTcar Series sanctioned events.

The crown jewel races at Eldroa Speedway- the Dirt Late Model Dream and the World 100 -also run under the DIRTcar Racing/UMP banner.

The amendment to the DIRTcar Racing rule book reads as follows:

Travel limiting chains must be installed so that when taunt they are as close to vertical as possible. One compliance device may be used. The compliance device must not be more than (1) one inch thick (without a load applied) and remain completely open and visible.

Compliance devices can be rubber or any like material but must not be installed in any type of a canister. Springs, spring loaded, and/or pneumatic devices will not be permitted. No tapered, beveled or roller skate style of compliance rubber will be allowed. Must be
solid material, same diameter top to bottom, not hollowed or drilled to soften material.

C. The travel limiting chain including the compliance rubber must be installed so that when the car is jacked up from the rear the chain assembly is tight (no slack). The travel limiting chain is subject to inspection at any time during the Event at the discretion of the
Officials, including but not limited to, qualifying, heat races, Last Chance Showdowns and the Feature.

D. Penalties for failing this rule:
a. These penalties will be enforced on all Qualifying, Heats, Preliminary and Feature events: