Devin Moran set to drive for Double Down Motorsports in 2023 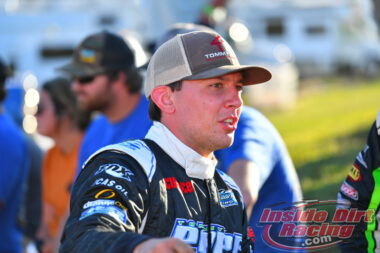 Earlier this month it was announced that Devin Moran would be parting ways with longtime car owner Tye Twarog to seek other opportunities. That opportunity has now been made known as the 28-year-old driver from Dresden, Ohio will team with the Roger Sellers-owned Double Down Motorsports operation for the 2023 season.

Double Down has spent the past two seasons preparing cars for Hudson O’Neal who will drive the Rocket Chassis house car next season. That team, which had been based out of a shop located in Morristown, Tennessee, had employed Rocket Chassis in those efforts but will switch to Longhorn Chassis with assistance from Bilstein Shocks with Moran. The team will move its operation to their new driver’s hometown.

Moran is coming off of a 2022 campaign in which he won ten feature events including races on both the Lucas Oil Late Model Dirt Series and the World of Outlaws CASE Construction Late Model Series. The plan for next season is for Double Down and Moran to compete full time on the Lucas Oil tour in hopes of capturing that series crown.

“I think it’s a great match between the two of us and I’m really excited for a great 2023 season and beyond,” Seller declared in a press release announcing the new pairing.  “When Hudson decided to pursue another opportunity I thought about stepping away from car ownership, but I took my time and didn’t let emotions get the better of me.  I have a lot invested in this sport and my passion to win big races and a Lucas Championship is greater than ever.  So when I decided to keep going, we talked to a lot of our sponsors and product people and their input helped guide our decision.  We had some great prospects that expressed their interest in driving for us, but at the end of the day, Devin is a great fit and checked all of the boxes!” 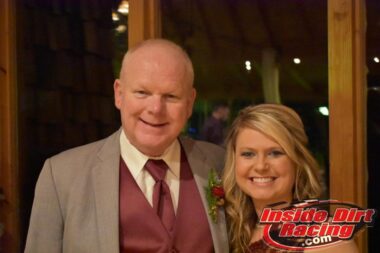 Sellers is excited about his new driver’s capabilities. While the team will move, its shop will not go unused.

“Devin brings a lot to the table – he’s great with sponsors and on social media and everyone can see what kind of talent he possesses behind the wheel,” Sellers insisted.  “He comes from a great family with a rich racing background and he’ll have the full support from me and my family.  I know he’s excited about racing out of his dad’s shop in Ohio.  When I was thinking about stepping away, Earl Pearson Jr. had actually contacted me about leasing our race shop in Morristown, Tennessee to his Papich Racing team, so it all worked out perfectly that we could be accommodating to Devin and relocate our stuff to Dresden and help Earl out at the same time.”

Double Down proved its capability by winning major events such as the Show-me 100 and the Topless 100 in 2021 with O’Neal behind the wheel. The team also finished fourth in the final LOLMDs standings in 2022.

Moran, who is a former Prairie Dirt Classic winner, is just as excited as his now owner.

“Like I said last week when the announcement was made that me and Tye were going our separate ways, I can’t thank him enough for furthering my racing career and getting me to this point,” Moran stated. “This is a situation (with Double Down Motorsports) that I’ve been looking for my entire career really.  To have the resources and equipment that Roger has in his arsenal and to be able to race out of dad’s shop is really just a dream come true.  I’m excited to be in Longhorn Chassis with Bilstein Shocks again next year and I think we are putting together all of the pieces to make a serious national championship run next season!”

The new pairing will kick off their 2023 campaign during Georgia-Florida SpeedWeeks in January of next year.