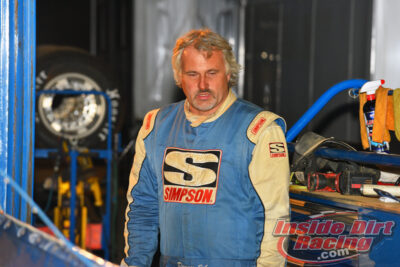 Following their early season western swing to New Mexico and a SpeedWeeks venture to Florida’s Volusia Speedway Park in mid-February, the World of Outlaws Morton Buildings Late Model Series is now set for a trip to the Volunteer State this weekend for contests at Duck River Raceway Park in Wheel, TN on Friday night(March 6th) followed by a trip to Smoky Mountain Speedway in Maryville, TN for a Saturday evening(March 7th) showdown.

The Duck River feature will pay $10,000 to its winner while the victor at Smoky Mountain will receive $12,000.

One of the combatants set to do battle in those events will be Carpentersville, IL racer Dennis Erb Jr. The 47-year-old driver currently sits 9th in the WoO Late Models standings following the races at Volusia and the earlier events held at New Mexico’s Vado Speedway Park. However, his position in the standings could be better had it not been for a penalty doled out by series officials following a Wednesday night victory at Volusia after Erb did not take his car to the proper place for a post-race inspection.

That first place finish was erased following the ruling.

The three-time UMP Summernationals champion hopes that his performance level can remain high without the post-race complications when the series resumes competition at Duck River and Smoky Mountain. The driver who finished sixth in the 2019 World of Outlaws Late Model Series standings looks forward to the challenges presented by the two very different speedways.

Duck River is a quarter-mile layout with tight, banked turns while Smoky Mountain is a bigger and more open 4/10 mile with wide sweeping turns that allow for high speed action. Due to the variation between the two facilities, teams will have to make significant changes to the cars from one night to the next.

“They’re definitely two different race tracks,” Erb explained in an interview with InsideDirtRacing.com. “Duck River is a tight little bullring and you’ve got to be up on your toes there. At Smoky Mountain, you’ve got a little bit of room there and it’s a fast place that has some good racing. There will have to be a few changes setup wise and it will take a different setup for each place.” 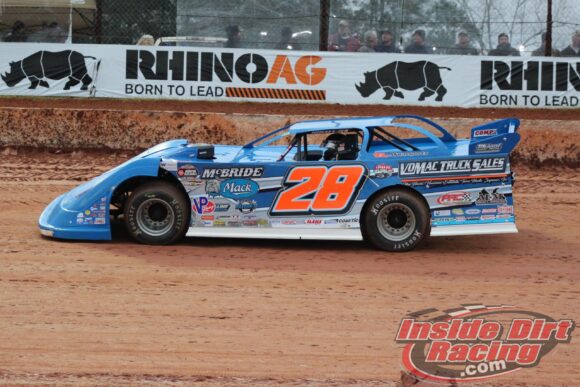 Dennis Erb, Jr. has a year of experience with the Rocket Chassis

One thing Erb has working in his favor is the fact that he is entering his second year with the Rocket XR1 chassis. Further, the veteran racer has familiarity with both of these Tennessee tracks. The 2016 winner of the Dirt Late Model Dream at Eldora Speedway hopes the notebook compiled by himself and crew chief Heather Lyne will provide the right setups for each track.

“I have a little bit of a good feeling going into this weekend, especially since I’ve been in these Rocket cars for over a year now,” Erb pointed out. “We’ve got some notes built up and we’ve been to both of those places with this car now so I’m looking forward to going back and having a strong run.”

Erb believes that what happens before the feature may be every bit as important as what takes place during the main event at Smoky Mountain. Placing the car at the front of the pack is often a key to success on the historic track that once hosted NASCAR events.

“Smoky Mountain is one of those places where you feel like you’ve got to get out there and get qualified real good so you can start up front,” the two-time UMP National Late Model champion said. “Hopefully we can have a good car and can keep it up there.”

As is the case in any form of motorsports, preparation is another key to success. And following the grueling two weeks recently spent in Georgia and Florida there is much work to be done before the long stretch that awaits WoO Late Models competitors throughout the spring, summer and fall.

“When we get back from SpeedWeeks we’ll have to get everything unloaded from the trailer and get all the sand out of it to get everything all cleaned up,” Erb explained. “Hopefully we can have a good couple of weeks down here and not tear much up and that way we can just work on the cars and get them ready for these races.”