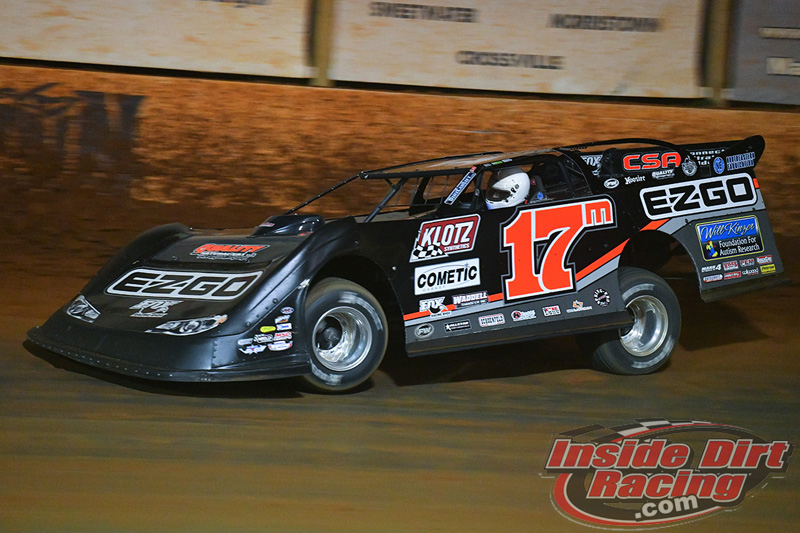 Dale McDowell made it two in a row at SMS

The Southern All Star Dirt Racing Series completed its two-race weekend at Smoky Mountain Speedway and the results from the second night looked very much like those of the first. Dale McDowell took his second trophy away from the Maryville, Tenn. track in as many days after a dominating performance. The Chickamauga, GA driver earned $7,000 for his efforts to go along with the $3,000 he grabbed the night before.

Dalton Cook set the pace in Group A qualifying by posting a lap of 16.798 seconds around the 4/10 mile clay oval to beat out Sam Seawright, Ashton Winger and Zach Leonhardi.

Dale McDowell led Group B time-trials with a time of 16.773 to top Ricky Weiss, Austin Kirkpatrick and Michael Page.

Ashton Winger would start the main event from the pole position by virtue of his win in the night’s first heat race as he outran Dalton Cook, Cory Hedgecock and Will Roland while Dale McDowell took the second preliminary ahead of Austin Kirkpatrick, Donald McIntosh and Robby Moses. 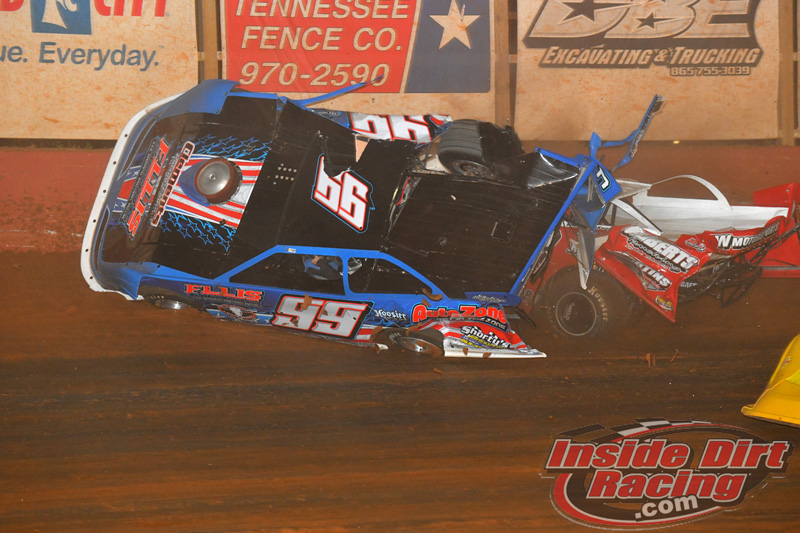 Austin Smith won the lone B-main race used to set the remainder of the starting lineup for the main event.

At the start of the 50-lap feature McDowell wasted no time in establishing that he would be a force to reckon with as he went to the early lead trailed by Winger, Seawright, Cook, Weiss and Kirkpatrick. But Weiss was not content to simply ride as he took fourth away from Cook on the third lap.

McDowell looked as if he might run away and hide from the field but a caution flag disrupted that plan on lap 5. On the ensuing restart, Seawright took second away from Winger while Kirkpatrick jumped into the top-5. 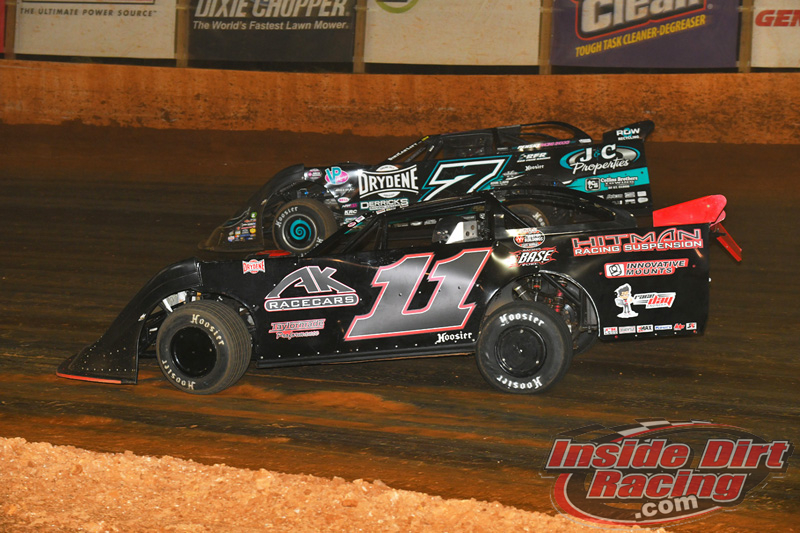 Winger would not be content to occupy third so he regained the runner-up spot from Seawright on lap 6. McDowell again looked to pull away as Winger and Seawright continued their fight for second further back.

Hedgecock slowed to bring out a yellow flag on lap 21. Just after the restart, Winger pursued McDowell down the back straightaway then tried a slide job maneuver going into turn three in hopes of takin the lead. However, the move did not stick and the No. 12 car banged off the outside wall. After limping down the front stretch, he was then collected by Knuckles and Smith to bring out another caution. 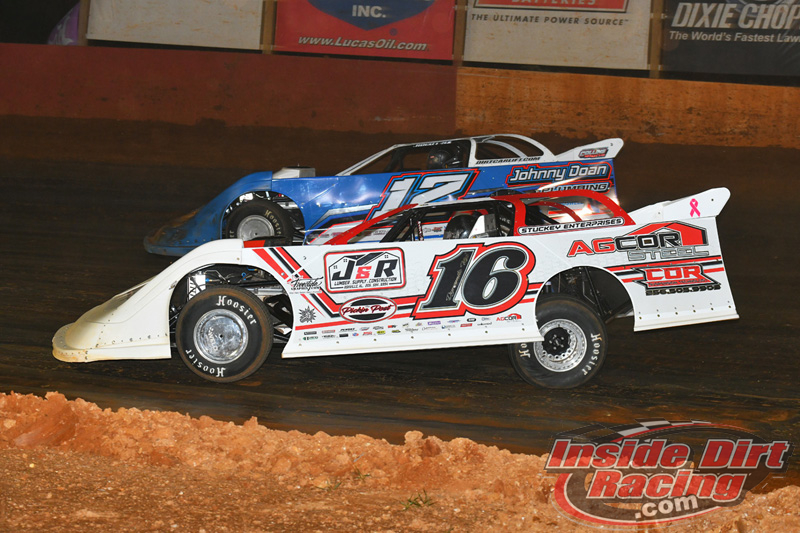 Weiss moved to second on the lap 23 restart while Page bolted to fourth. From that point, the top-5 of McDowell, Weiss, Seawright, Page and Kirkpatrick spaced out and ran in place over the course of the race’s second half.

In the end, it was McDowell who would take the checkered flag for the second night in a row. 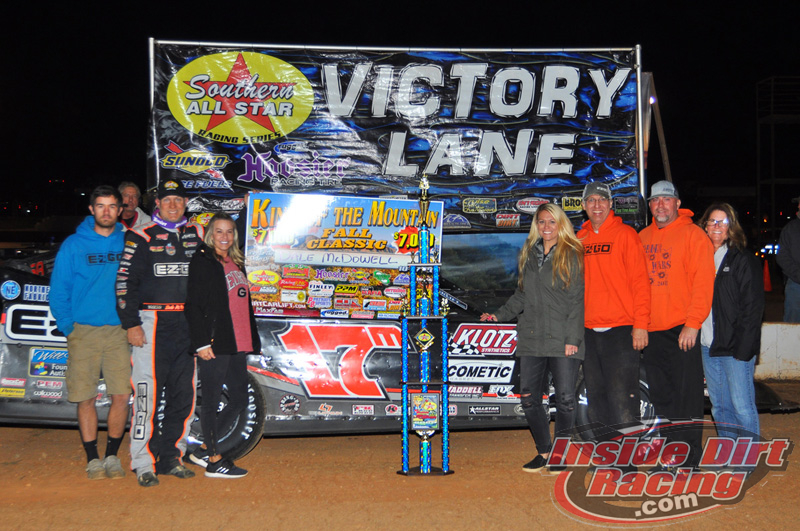 Dale McDowell made it two in a row at SMS.