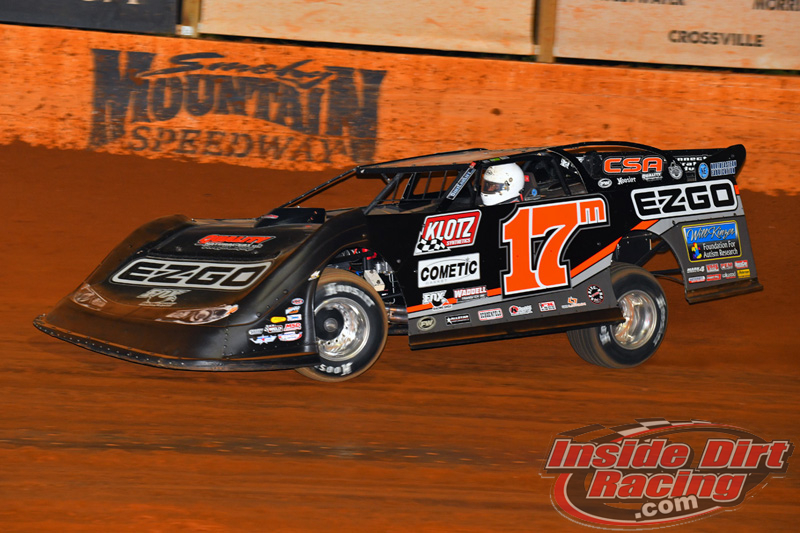 The Southern All Star Dirt Racing Series made its way to Smoky Mountain Speedway on Friday night for the first of a two-night weekend of racing action on the Maryville, Tenn. track. At the end of the night, it was Dale McDowell who came away as the big winner following a couple of late-race caution flag calls were disputed by the apparent runner-up. The Chickamauga, GA driver earned $3,000 for his efforts.

Ricky Weiss was fastest in Group A qualifying after he toured the 4/10 mile clay oval in 16.269 seconds. That effort beat out Ashton Winger, Michael Page, Cory Hedgecock and Tommy Kerr.

It was Donald McIntosh who led the way in Group B time-trials with a lap of 16.264 seconds to top Dale McDowell, Jensen Ford, Zach Leonhardi and Dalton Cook.

The top-5 drivers from each qualifying group were locked into the feature. 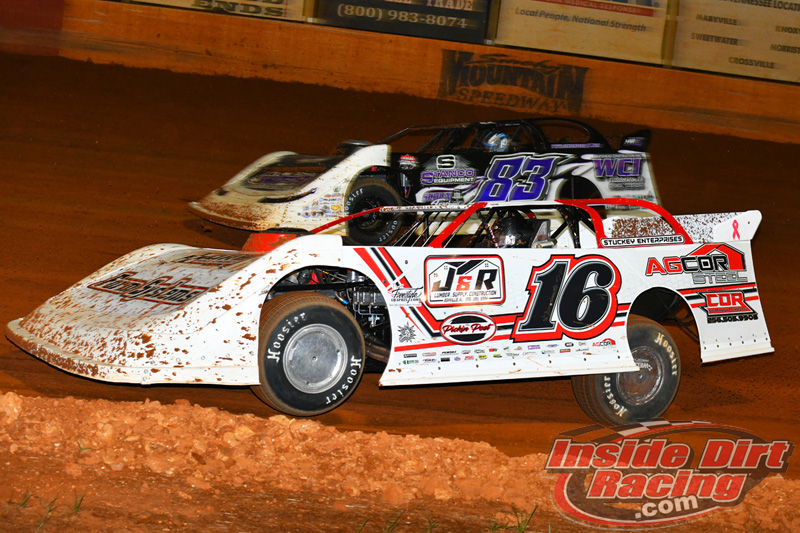 Following a caution after the first attempt to start the main event, seventh place starter and competitor in three different classes on the night, Cory Hedgecock, pulled off the track as a result of damage incurred on the failed start.

At the start of the 30-lap feature it was Weiss who immediately shot to the lead with Winger, McIntosh, McDowell and Page in tow. McDowell wasted no time in hunting the front as he used a three-wide move on the second lap to pass by McIntosh and Winger, moving the No. 17m up to the second position.

The first caution flag of the night waved on lap 7 for the slowing car of David Crabtree. On the restart, the fast rising Seawright pulled all the way up to the fifth position while Weiss continued to lead McDowell, Winger and McIntosh. 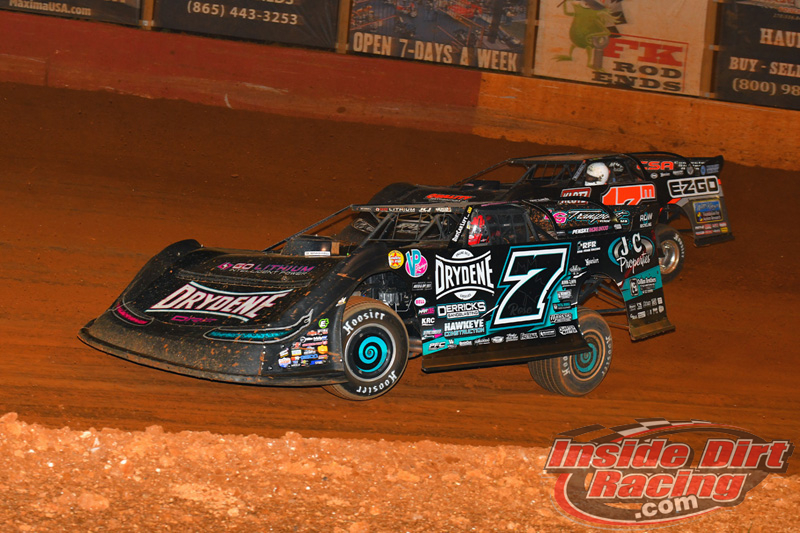 Weiss began to slip away from the pack during the middle stages of the race while Seawright continued to move forward when he moved around McIntosh to grab fourth. However, slower traffic would come into play allowing McDowell to close in on the race leader.

Just passed the 10-to-go mark, McDowell moved around Weiss to take the top spot. However, Weiss fought back and passed by McDowell to seemingly regain the lead. But a yellow flag waved for Austin Smith very close to that same time. Series officials deemed that McDowell was to be placed back at the front of the field.

McDowell led the way over the closing laps until a car spun in turn four just in front of the leaders as they raced toward the white flag. Weiss passed McDowell when the No, 17m car appeared to slow because of the spin. After calling the caution, officials placed McDowell back at the front. 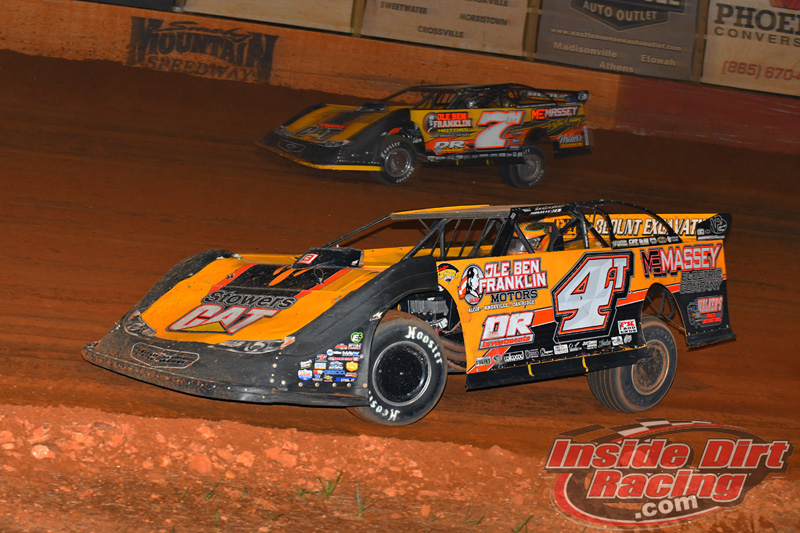 Over the final two laps, McDowell ran low on the track while Weiss went high and gained momentum on each successive straightaway. As the cars came off of the fourth turn for the final time, Weiss pulled alongside but McDowell was the first to sail under the checkered flag.

***It was incorrectly announced that Weiss was light at the scales. He was not and has been restored to 2nd place. 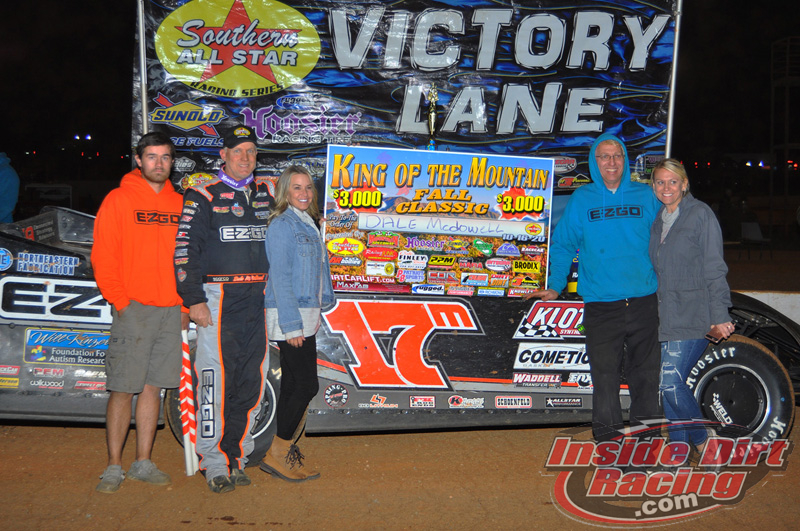