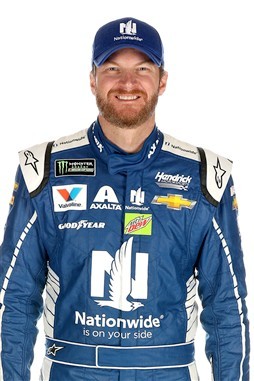 Unless you’ve been hiding in some sort of government protection program over the past several months, you know that NASCAR star Dale Eanrhardt, Jr. has retired from the sport that made him so popular over the past couple of decades. But as would be expected of a retiree only aged 43 years, he has decided not to simply sit idly by and watch the world go by.

Instead, Earnhardt has quickly taken on the role as a leader of the sport in which he once participated from a different perspective. Whether it be on social media, television interviews, or personal contact, the former driver has become a spokesman on behalf of current drivers, teams, and fans alike. Some recent exchanges on Twitter have demonstrated how well Junior has slipped into his new role as advocate and spokesman.

During the Advance Auto Parts Clash at Daytona International Speedway(Feb. 11), driver Ricky Stenhouse, Jr. passed by Kyle Busch to seemingly take a position away from his fellow competitor. However, in doing so, the No. 17 Ford was forced below the yellow line that signifies ‘out of bounds’ on the big 2.5-mile track. As a result, Stenhouse was assessed a pass-thru penalty by NASCAR officials that ultimately relegated him to a 16th place finish in the all-star event.

Here is that exchange:

@odsteve: Tough call but 17 advanced position and rule is clear on that

@dalejr: I thought if you were forced below the line, no issue. Possible penalty for the blocking party.

@odsteve: As long as you don’t advance your position. He did

@dalejr: That’s not always been the case for the last 15+ years. When did this change? We have allowed others to advance if it was clear they were forced below the line.

@odsteve: Can’t be more clear than what is played at every Speedway driver meeting and was talked about this morning as well. You can’t advance your position. Only judgement is if position was immediately given back. It was not.

@dalejr: Clear as mud. Let’s get rid of the yellow line rule and both be happy.

But Earnhardt isn’t using his overwhelming popularity simply to take on NASCAR officials. He is also encouraging fans to enjoy the sport rather than offer the social media criticism that so often follows Monster Energy NASCAR Cup Series events.

When some were critical of the racing action that took place during the Clash, Junior offered this tweet:

@dalejr: Surprised to hear some didn’t enjoy the Clash today. Forming that top line is a challenge, but something the leader wants to do. It takes a lot away from the competitions. There’s a lot more going on out there than we think. I enjoyed watching it play out.

Thursday(Duel races) will probably be pretty mellow. Everyone is locked into the 500. No one wants to tear up those primary cars. But there will be enough risk takers out there to make it fun to watch.

And further, the former star driver has shown a willingness to encourage others who might benefit from his experience. When NASCAR Camping World Truck Series driver Noah Gragson jokingly said “I tried to destroy as many people as I could while I was wrecking” in reference to a crash in the CWTS race at Daytona back in 2017, there was a critical backlash levied by some against the driver. As a result, he took to Twitter to explain himself:

@NoahGragson: I have learned a lesson with my actions and will no longer joke around and use sarcasm in my interviews.

Obviously I do no intend to harm anyone.

Junior then stepped in to assure him that he had done nothing wrong.

@dalejr: Noah, hope you don’t change. Sport needs all the personality it can handle. It was a brave attempt at humor

During the Clash Junior gave fans insight into the fact that drivers often feel the same frustrations they do when the racing on the track isn’t providing ‘edge of your seat’ excitement with every passing lap. As the cars circulated around the giant speedway in single-file formation for multiple laps, he stated:

@dalejr: You think watching the parade is frustrating, the drivers in it are even more frustrated. Hands are tied. Takes an army.

Earnhardt will serve as a television commentator when the NBC network takes over as NASCAR’s broadcast partner later in the season. While others who serve in that same role on the various networks to cover NASCAR events have seemingly become little more than “yes men” for the sport’s top brass, it’s refreshing to see that a network employee is willing to call things as he sees them rather than how the top executives want them to be seen.

Earnhardt’s enormous popularity affords him the ability to makes comments without having to worry about backlash from the Daytona Beach corporate offices. In a time when the sport’s TV ratings are sinking, they need him more then he needs them…and it will do both Junior and NASCAR well for them to remember that.