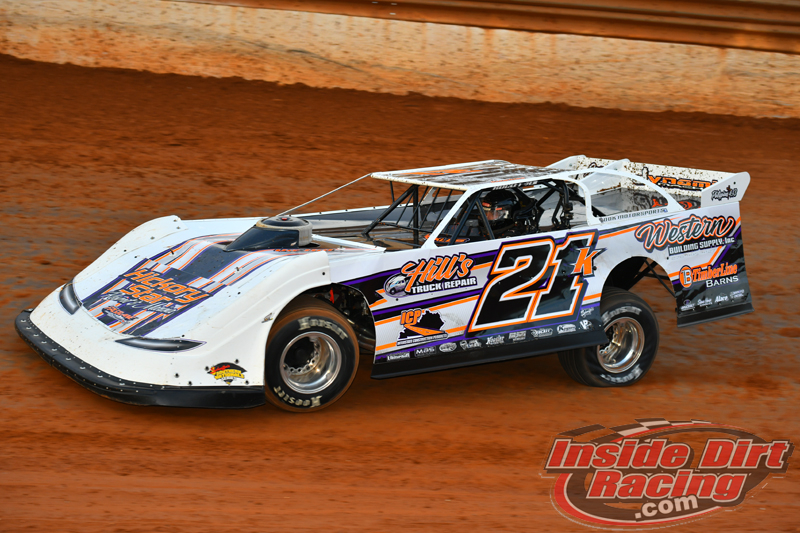 Dakotah Knuckles scored the win at the Taz

The Schaeffer’s Oil Southern Nationals took to its traditional location for the series finale on Saturday night at Tazewell Speedway. Local hero Dakotah Knuckles collected the victory on the high-banked track located in the upper northeastern corner of Tennessee. The Ewing, VA driver earned $10,053 for the win in a race shown live by DirtonDirt.com.

Brandon Overton was crowned as the Southern Nationals champion for the second year in a row and the third time overall.

Dale McDowell was quickest in Group A qualifying with a lap of 11.252 seconds around the third-mile clay oval beating out Brandon Overton, Ryan King, Kyle Hardy and Tyler Millwood.

Dale McDowell would start the feature from the pole by virtue of his win in the first heat race of the night ahead of Ryan King, Tyler Millwood and David Payne while Kyle Hardy took the second preliminary by beating Michael Chilton, John Baker and Brandon Overton to the finish line.

It was Ross Bailes who scored the win in the third heat over Jason Trammell, Donald McIntosh and Pearson Lee Williams just before Dakotah Knuckles grabbed the checkered flag in the fourth and final heat ahead of Chris Madden, Vic Hill and Brian Shockley.

McDowell stormed to the early lead when the green flag waved over the 53-lap feature ahead of Bailes, Knuckles, King and Trammell. McDowell immediately began to pull away from his pursuers building a lead of almost a full straightaway by the eighth lap. 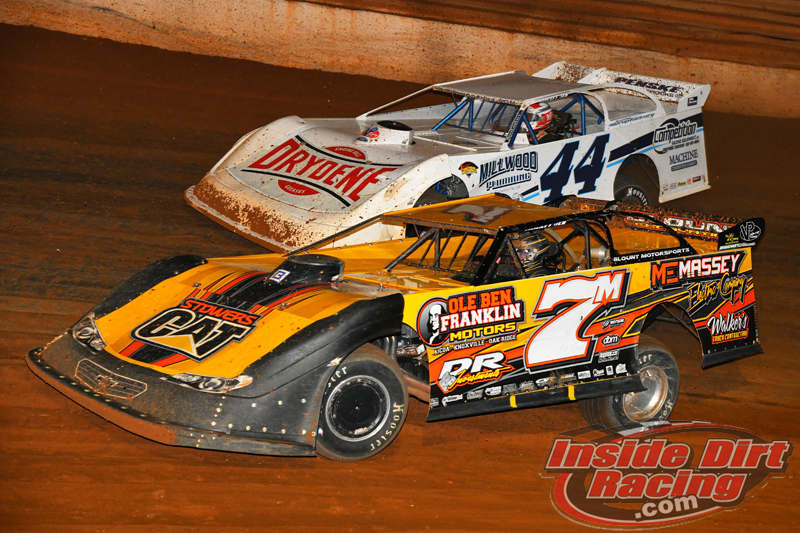 By lap 12 the race leader encountered slower traffic on the lightning fast track.

By lap 15 championship contenders Madden and Overton ran 9th and 15th respectively with McDowell closing in to lap the series points leader. However, on lap 18 Overton slowed with a flat right rear tire just before he was lapped.

Under that same caution, Bailes pulled into the pit area to the attention of his crew with his own flat tire.

Just as the field came to the front straightaway to complete a lap after the restart, Trammell suffered a flat tire causing a bottleneck further back in the field. That, in turn, led to a mishap that collected Madden, Baker and Payne.

Madden would continue in his damaged machine.

A lap 20 caution for a flat tire on the Hardy car led to other issues in the race. Leader McDowell was also found to have a tire going down which forced him to the hot pit handing the lead to Knuckles. 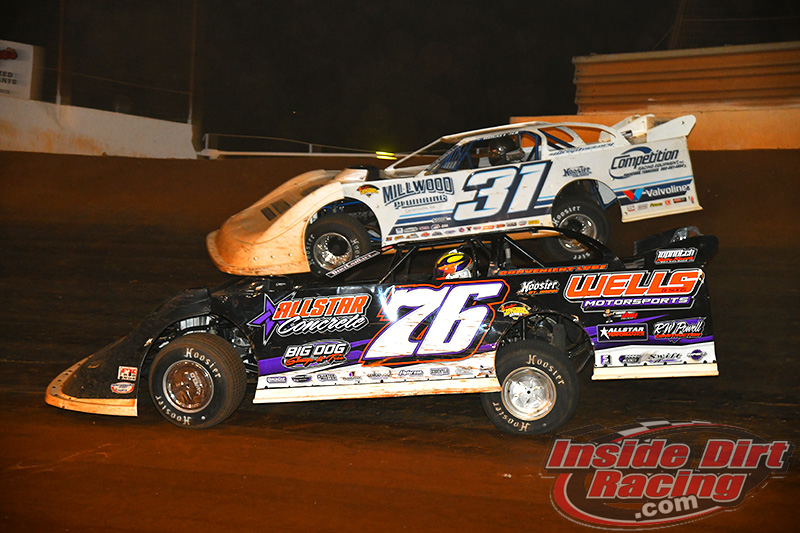 Madden also reported to the work area for service, just making it back out before the race went back to green.

The top-3 of Knuckles, King and Chilton broke away from the pack during the middle stretches of the race with Knuckles eventually slipping away from his closest competitors until a caution flag waved on lap 31 for a flat tire on Millwood.

Chilton and King exchanged slide jobs passes on the ensuing restart until Chilton finally secured the spot just before another yellow flag waved for the slowing car of McIntosh on lap 33. 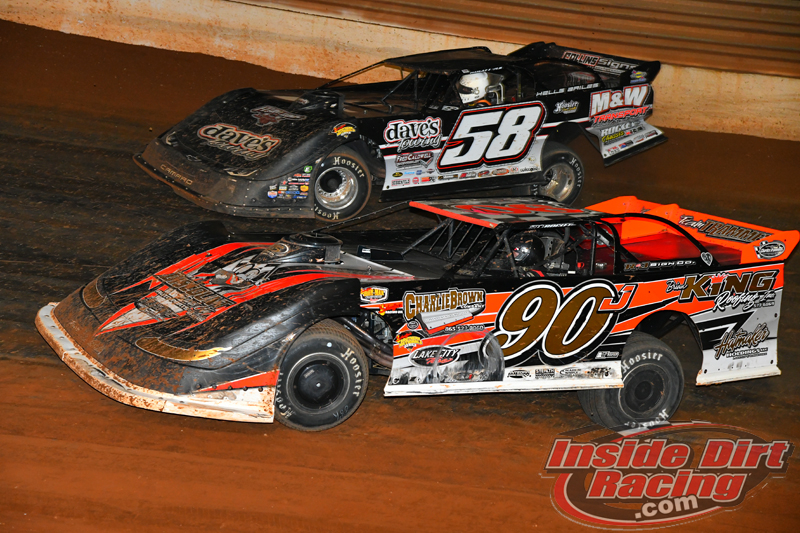 Jason Trammell (90) and Ross Bailes (58) battle in the closing laps.

Knuckles pulled away and looked as if he had the victory secured until a caution for the stalled car of Bailes on lap 47. But over the closing laps there would no challenge for Knuckles as he cruised under the checkered flag for the win. 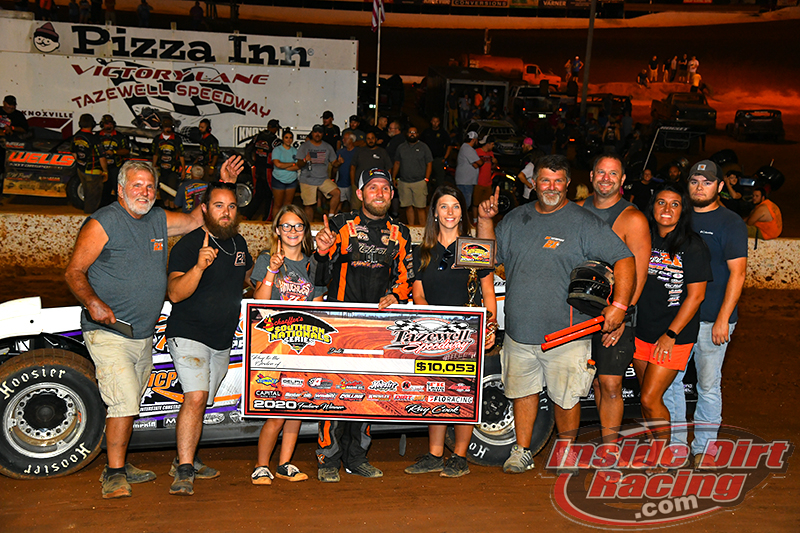