Knuckles claimed the pole position for the 44-lap feature in group A qualifying. Multi-time track champion Jason Trammell was the fastest in group B qualifying and joined Knuckles on the front row.

As the green waved to start the race, Knuckles quickly shot out to the lead over Trammell. As the field completed the first lap, Jordan Horton made a daring move to get by Trammell and under Knuckles in a bid for the lead coming off turn 2. Horton appeared to have the momentum and nosed ahead for the lead heading into turn 3 until Lynn Leach was spun in turn 2 to bring out the race’s first caution. 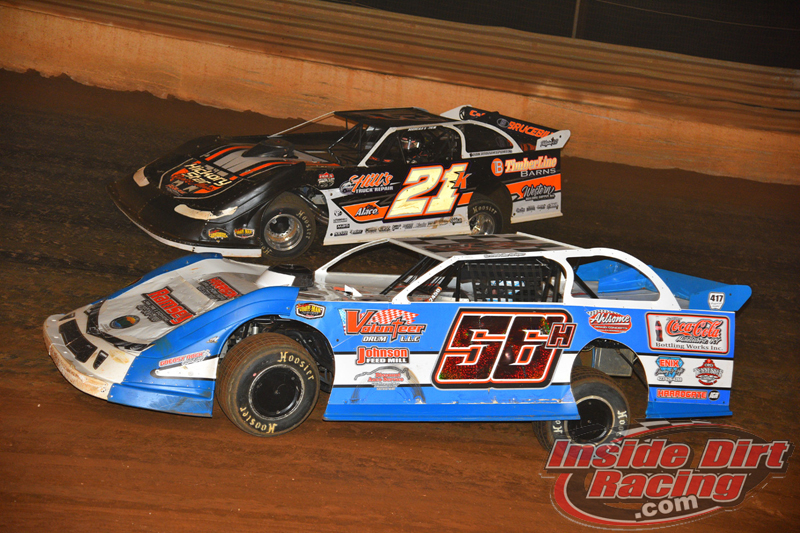 Jordan Horton (56H) and Dakotah Knuckles (21) battle for the lead.

Back to green and Trammell used the high side to retake second place from Horton. Robby Moses and David Crabtree battled for fourth just behind the front trio with Moses holding onto the spot. Knuckles continued to lead, but had to navigate around much slower cars at the tail of the field. Trammell began to reel in Knuckles and the lead duo put some distance on the rest of the field.

David Payne and Donald McIntosh began marches to the front as both had disappointing qualifying efforts. Payne started 8th and was quickly picking off cars to get into the top 5 as the race neared the halfway point. McIntosh qualified 12th out of 21 cars, but sliced and diced his way past cars to close in on a top 5 just before halfway.

Back up front, Trammell closed in on Knuckles’ back bumper by lap 20. Trammell used a lapped car to dive under Knuckles to grab the lead coming off turn 4. No sooner than Trammell had taken the lead, the caution waved for a shredded tire off Horton’s machine. Trammell’s pass was nullified and Knuckles remained the leader. 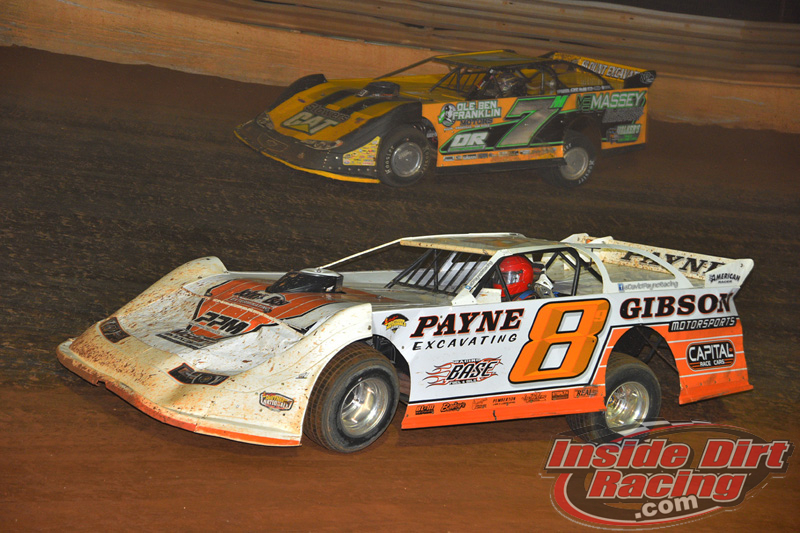 As the laps clicked off, Knuckles stayed among slower cars which allowed Payne to plant his machine on the back bumper of Knuckles. Payne made several attempts on the bottom to get alongside Knuckles, but the higher line was the place to be.

After a Joey Standridge spin on lap 38, Knuckles and Payne resumed their duel for the lead. With little grip remaining on the bottom, Knuckles held Payne at bay to win the Buddy Rogers Memorial. Trammell finished in third with Crabtree and McIntosh rounding out the top 5. 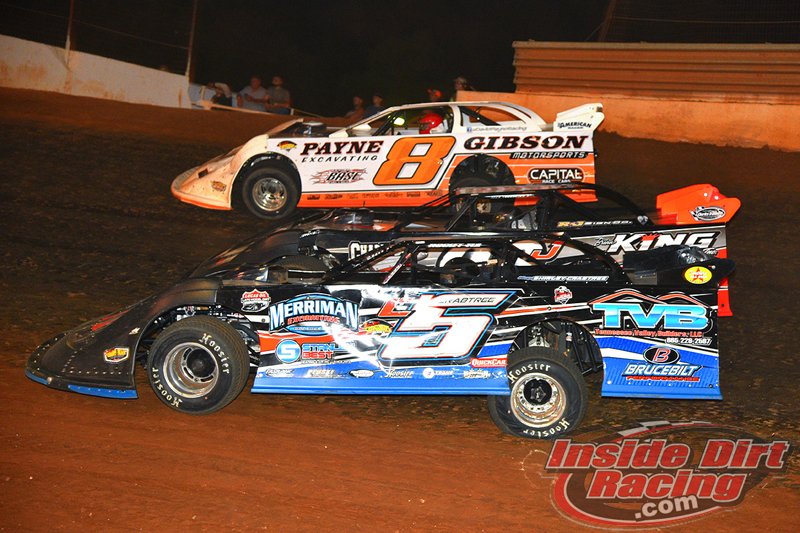 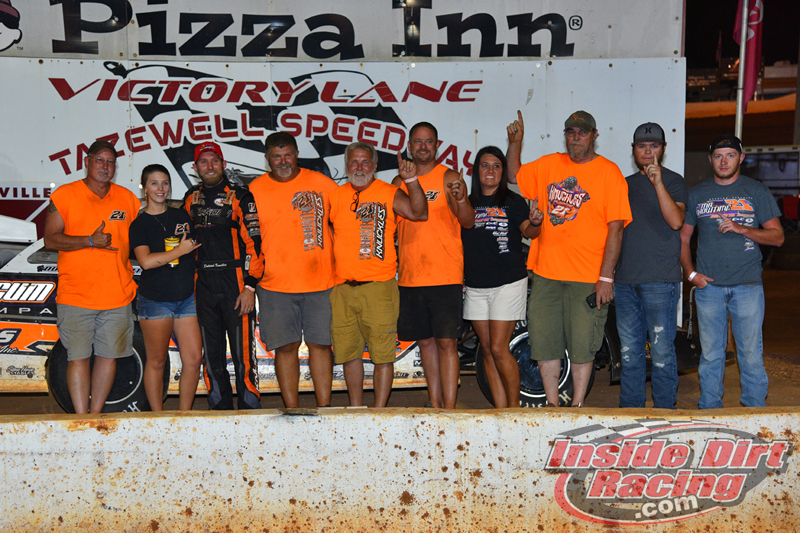