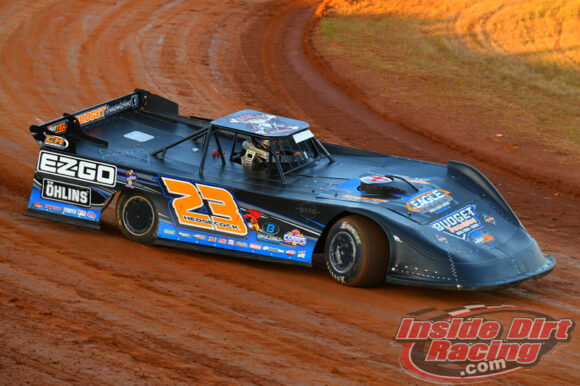 Race tracks were finally allowed to re-open around Tennessee this weekend which cleared the way for the Topless Outlaws Late Model Dirt Series to pay a visit to Smoky Mountain Speedway in Maryville, TN. At the end of the night, it was Cory Hedgecock who dominated the event as he drove to victory just as he did frequently last season to claim the $3,000 first prize.

Jordan Rodabaugh proved to be fastest in Group A qualifying and overall with a lap of 16.358 seconds around the 4/10 mile clay oval beating out Jason Manley, Austin Neely, Chase King, Bobby Giffin and Jed Emert.

The redraw placed Hedgecock on the pole with Lowe, Courtney, Neely, Rodabaugh and Manley lining up in order behind him.

There were no preliminary races as all cars entered were allowed to start the feature.

At the start of the 40-lap feature it was Hedgecock who took the early lead with Courtney, Lowe, Neely and Manley in his tire tracks. Neely went by Lowe to claim third on the second circuit and Manley grabbed fourth away from Lowe one lap later. 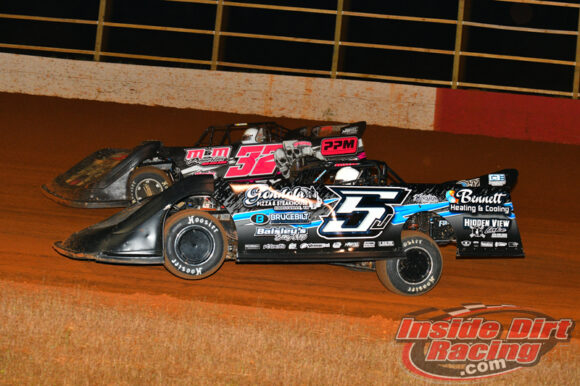 Neely then continued to climb as he moved around Courtney for second on lap 4 as Hedgecock began to pull away from his pursuers. Courtney then regained the runner-up position from Neely on lap 5.

Manley took third away from Neely on a lap 7 restart as Rodabaugh then moved into the top-5. And the No. 66 car wasn’t finished there, taking fourth from Neely on lap 8.

Chase King entered the top-5 on lap 10 when he moved around Neely.

Disaster struck the third running Manley on lap 15 when his car slowed and he pulled off the track with mechanical issues. At the same time, King got by Lowe to advance to third in the running order. 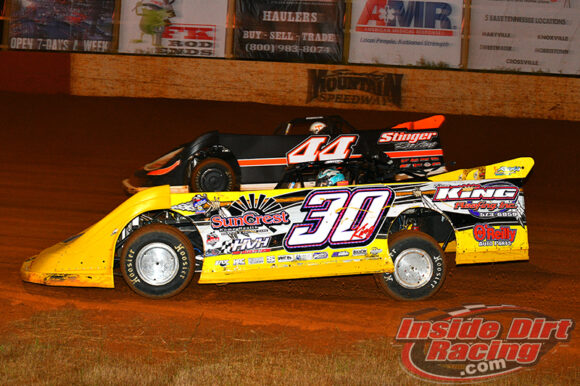 King advanced to second when he moved passed Courtney and a lap 18 restart. Further back, Lowe and Neely battled as they exchanged the fourth spot multiple times.

As the laps clicked away, Hedgecock maintained his lead over the field and eventually drove under the checkered flag to earn the victory.