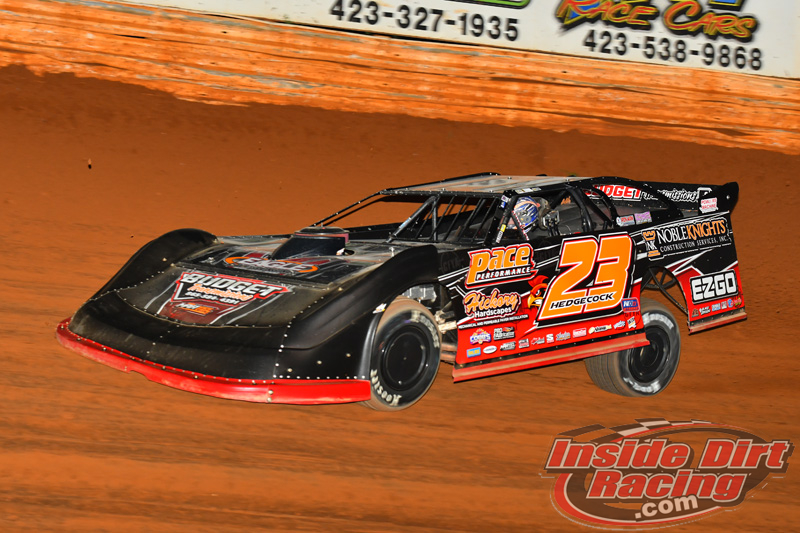 Cory Hedgecock led at the beginning and at the end

The XR Events Valvoline Iron-Man Late Model Series rolled into the Volunteer Speedway for a mid-week show on Wednesday night. At the end of an attrition-filled evening, it was Cory Hedgecock who outlasted his fellow contenders and stood tall in victory lane as the winner after multiple drivers experienced troubles at some point during the night.

The Black Diamond Race Cars driver from Loudon, Tennessee earned $12,000 for the victory on the 4/10 mile track located in Bulls Gap, Tennessee.

Feature Re-cap: Hedgecock took the lead at the start of the 50-lap feature with McDowell, Bloomquist, Ford and King in his tire tracks. A big crash occurred on the back stretch just after the completion of the first lap that was triggered when King spun then Bailes, Boles, Smith, Neely, Cornette and Knuckles were collected in the incident.

On the restart, Hedgecock and McDowell broke away from a furious battle for the remaining positions in the top-5 among Bloomquist, Marlar, Bailes and Ford until Welshan slowed to bring out a caution on lap 8.

Just after that restart, Seawright slowed on lap 10 to bring out another yellow flag. The ensuing restart provided Bloomquist with an opportunity to jump into the second spot behind Hedgecock but that would proved to be short-lived as another caution flag was show to the field on lap 18.

McDowell jumped all the way from third to first on the lap 18 restart then proceeded to pull far away from the pack as Hedgecock, Marlar, Bailes and Chilton offered chase. Bloomquist, at that point, had fallen to sixth. At one point, McDowell had pulled away to a lead of almost half the track and looked to be a sure winner.

However, a lap 42 caution for the third-running Marlar’s mechanical issues erased McDowell’s advantage. On the restart, Hedgecock was keeping pace with McDowell and even peeking inside until lap 45 when McDowell slowed with a deflated tire to bring out a caution.

Hedgecock inherited the lead after McDowell’s misfortune while the third-running car of Ford had a problem on the restart which jammed others up behind. When the race finally went back to green, Hedgecock outran the pack to the checkered flag to claim the win. 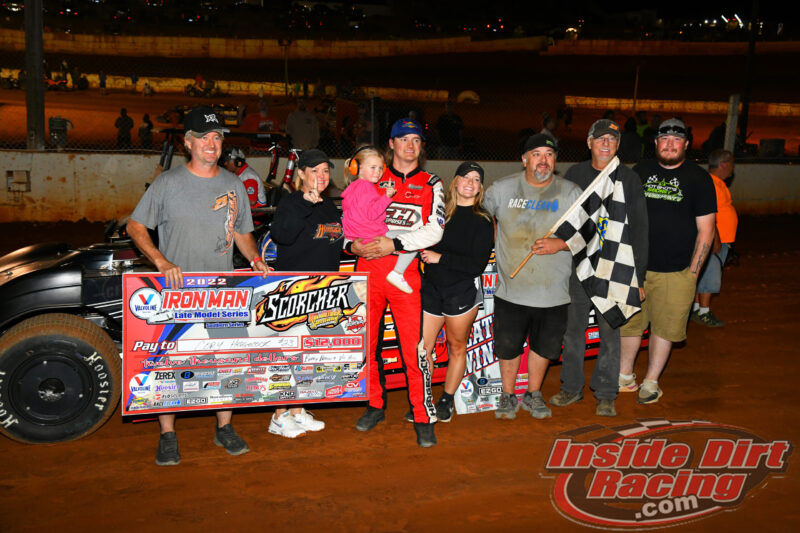