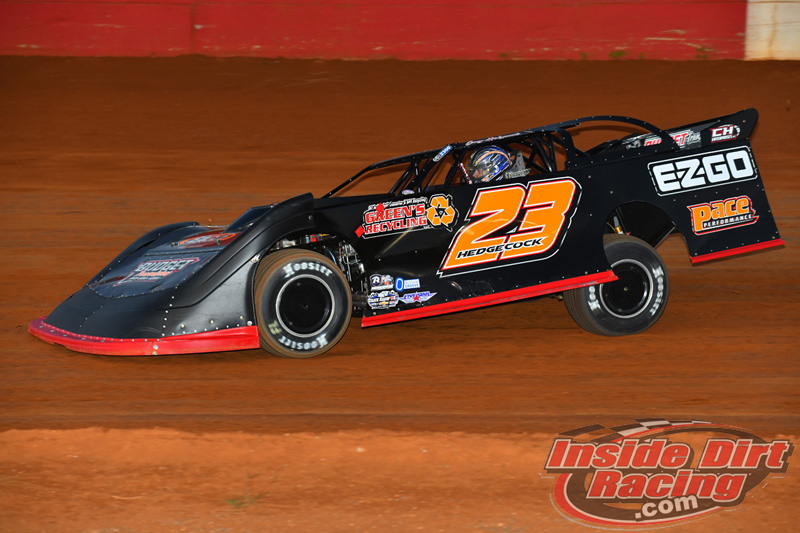 Cory Hedgecock led all 40 laps of the feature

The American All-Stars Series rolled through the gates for the ‘Paint the Mountain Pink’ event at Smoky Mountain Speedway on Saturday evening for its penultimate race of the 2021 season. At the end of the night it was Cory Hedgecock who came away from the Maryville, Tennessee facility as the victor. The Black Diamond Chassis driver from Loudon, Tennessee earned $5,000 for his victory.

Logan Roberson has already cliched the series championship going into this weekend.

Cory Hedgecock was fastest in qualifying when he turned a lap in 16.781 seconds around the 4/10 mile clay oval to beat out Cameron Weaver, Jeremy Steele, Logan Roberson, Deke Waters, Dillon Brown, Mack McCarter and Eli Beets.

Cory Hedgecock would start the feature from the pole by virtue of his win in the dash race by beating out Cameron Weaver, Logan Roberson, Dillon Brown, Jeremy Steele and Deke Waters.

Michael Smith won the lone B-main by defeating Terry Poore, A.J. Hicks and Chris Chandler. All of those drivers transferred to the main event.

At the start of the 40-lap feature it was Hedgecock who took the early lead with Weaver, Roberson, Brown and Steele trailing. McCarter passed by Steele for fifth on the second circuit.

Hedgecock and Weaver began to encounter slower traffic on lap 9 while McCarter moved up to challenge Brown for fourth. However, a caution for the slowing car of Tyler Price slowed the action on lap 9.

On the ensuing restart, Weaver and Roberson engaged in a side-by-side battle for second that lasted for two laps before Weaver held the position. Roberson then fell back into a fight with Brown and McCarter at the back of the top-5.

Hedgecock and Weaver again began to slip away from the pack once green flag racing resumed. By lap 21 the top-2 runners were contesting the lead as they were caught up in heavy lapped traffic. Further back, Roberson, Brown and McCarter continued their intense fight for positions 3-5 as the laps clicked away.

Hedgecock was able to use the slower cars to his advantage and opened a lead of almost a full straightaway until the car of Perry Delaney slowed to bring out a yellow flag on lap 30.

Roberson took second on the lap 30 restart while McCarter moved to fourth. All the while, Hedgecock drove away with the race lead. Roberson and Weaver engaged in a slide job swapping battle for second until Weaver was forced into the turn four wall. The No. 16 slowed to bring out a caution on lap 34.

McCarter made a strong move to take second away from Roberson on the restart. A tangle involving Chandler and Jerry Green brought out another caution on lap 36.

In the end, Hedgecock proved to be unstoppable as he drove away from his pursuers over the closing laps. 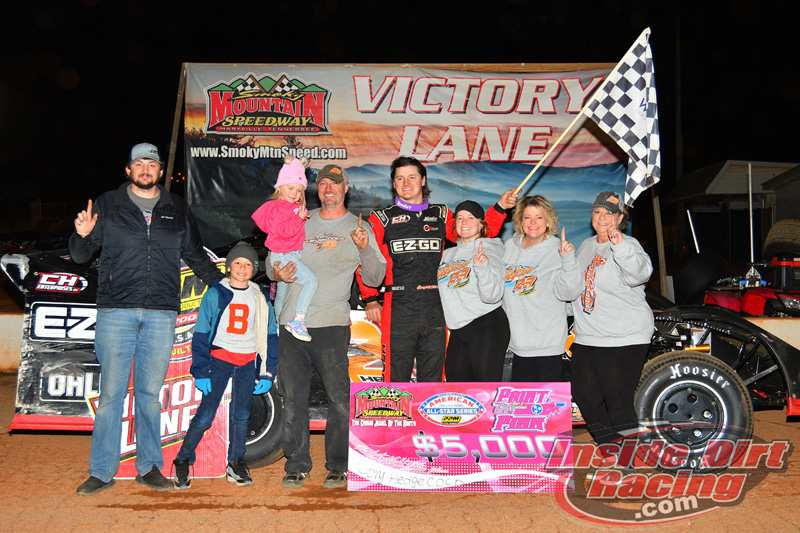