Along with the Friday night’s Southern Nationals Super Late Model event, the Smoky Mountain Speedway in Maryville, Tenn. staged races for both the Crate Late Model and Limited Late Model divisions. And in the case of both features, it was drivers who had established records of previous dominance on the track who would walk away with the top prizes. 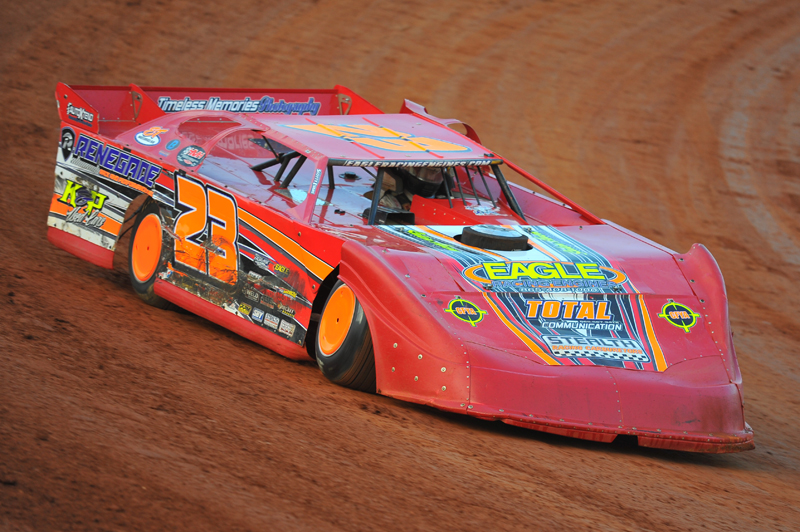 In the Limited Late Model class, Loudon’s Cory Hedgecock has won multiple times at SMS as well as all over east Tennessee in this division. And this time was to be no different as the #23 Rocket put on a clinic around the 4/10 mile clay oval.

Hedgecock established that he would be the man to beat early on in the evening when he set fast time in qualifying with a lap of 16.565 seconds to lead the field of 19 drivers who signed in for competition. Following the fast qualifier in time-trials were Josh Henry, Bobby Giffin, Drew Kennedy, Matt Henderson, Dakotah Knuckles, Brad Lowe and Jaylon Shannon.

There were no heat races for this class so the starting lineup for the feature was determined entirely by qualifying.

At the start of the feature, top-10 qualifiers Kennedy and Knuckles were eliminated almost immediately as each found trouble before a lap had been completed.

Once the 25-lap feature got going, Hedgecock and Henry battled each other in tight formation for almost a full lap before Hedgecock cleared his opponent and began to pull away. Meanwhile, Giffin, Henderson and Shannon engaged in their own battle for top-5 spots in the running order.

Aside from that initial jumble, the race ran caution free which allowed Hedgecock to pull away, but it also caused the leader to have to deal with slower cars as he caught the tail of the field. On lap 14 there was a close call in traffic as Hedgecock ran upon the car of Charlie Parker and possibly even made contact. However, both cars continued on.

In the closing laps, no one could mount a charge toward the leader, who had a straightaway advantage over his closest pursuers.

At the finish, it was Cory Hedgecock, Josh Henry, Bobby Giffin, Matt Henderson, Jaylon Shannon and Brad Lowe who finished on the lead lap. 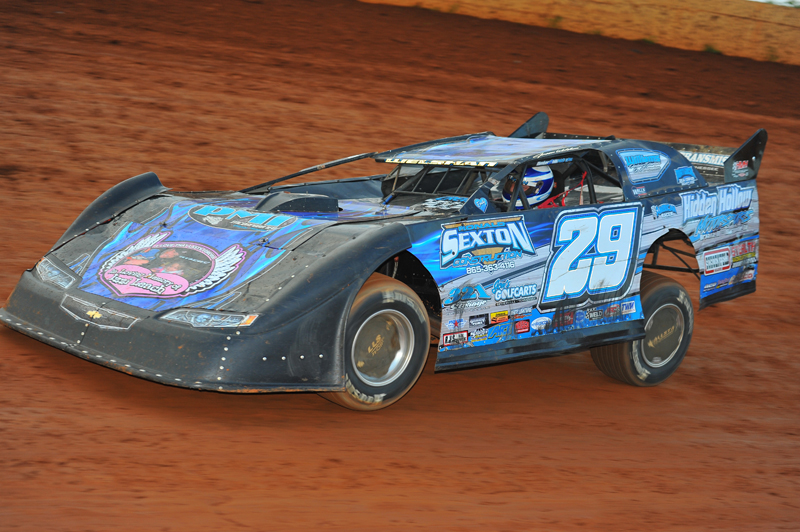 Jason Welshan won yet again in the Crate Late Model class at SMS.

Perhaps no driver in any class around east Tennessee has been as dominant as has Jason Welshan in the Crate Late Model division. He came into Friday’s race undefeated in CLM events at Smoky Mountain and he left with that same status. However, there was some drama before the win was labeled as official.

Welshan set fast time in qualifying with a lap of 16.620 seconds around the track. He was followed by Jimmy Elliott, Brett Wyatt, Jacob Grizzle and Justin Summers in the top-5.

Just like the Limited Late Models, there were no heat races for this class so the starting lineup in the feature was entirely determined by qualifying.

At the start of the 20-lap feature, Elliott made it clear that he had no intention of making things easy for Welshan as the two drivers engaged in a in a fender rubbing battle around the track on the race’s first circuit. But it would be Welshan who would emerge from that battle as the eventual race leader.

The race would be interrupted twice by cautions, both coming on the sixth lap. The first was brought on by a spin involving Adam Mitchell while the second came on the ensuing restart when Dwayne Powell got into the turn one wall.

Welshan went largely unchallenged for most of the race distance as the field of 12 cars spread out around the speedway.

At the finish, it was Jason Welshan, Jimmy Elliott, Jacob Grizzle, Hunter Best and Brett Wyatt filling out the top-5.

After the race, it was initially indicated that Elliott had intentions of protesting Welshan’s win. However, that protest did not occur as Elliott withdrew the challenge.

In the final action of the night, Cameron Skinner won the Classics feature ahead of Ritchie Overholser and Charles Tharp. 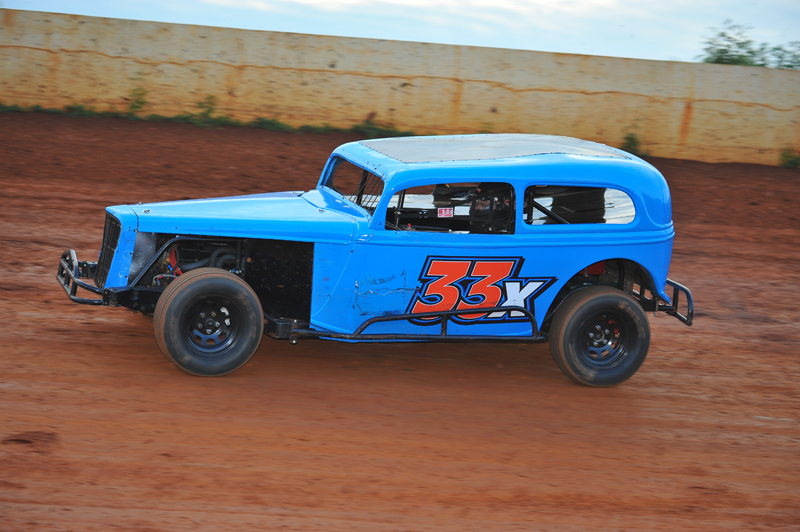 Cameron Skinner beat the field in the Classics.