With no actual racing going on, both the World of Outlaws NOS Energy Drink Sprint Cars Series and the World of Outlaws Morton Buildings Late Model Series combined with iRacing to provide a nationally broadcast night at the virtual races. The iRacing Invitational pitted some of the top stars from multiple forms of motorsports against each other on the computer generated The Dirt Track at Charlotte.

The starting lineups were determined from sessions that were not televised with a six-car invert ultimately setting the field. 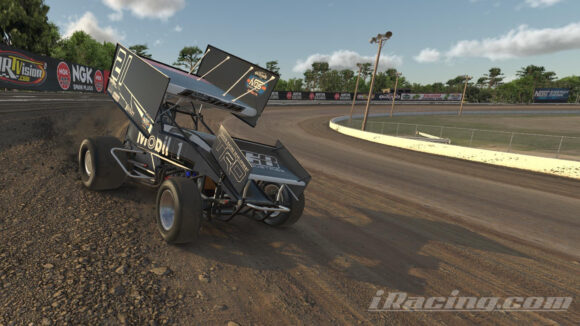 After a lap-9 restart the two NASCAR stars. Larson and Bell, engaged in a fierce battle for the runner-up position as both looked to track down Swindell’s leading machine.

The complexion of the race changed on a lap 20 restart when Bell bolted to the race lead leaving Swindell, Macedo, Logan Schuchart, Larson and Swindell to fight for positions just behind. By lap 26 Bell had found his comfort zone against the cushion on both ends of the speedway as he pulled away from the pack.

In the end it was NASCAR Cup Series rookie contender Christopher Bell who would sail under the virtual checkered flag to score the victory. 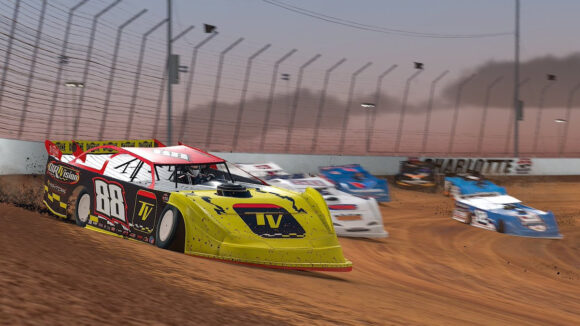 At the start of the 50-lap feature it was Cornell who took the early lead with Stroupe, Watkins and Ivey following just behind. On lap 2 it was Ivey who emerged from a three-wide fight with the race lead. However, Stroupe would take the top spot away one lap later.

Ivey regained the lead of the race after a lap 10 restart following an exchange of slide jobs with Stroupe as Watkins, Cornell and Larson tracked just behind the lead duo.

As the race neared the halfway point Gordon and Seavey worked their way into the top-5 to do battle. However, the No. 88 of Ivey was looking to break away from his challengers. Disaster struck for the second running car of Stroupe on lap 31 when he tagged the outside wall then flipped after being hit by another car.

Over the final laps Ivey was flawless as he dominated from the lead position while Larson, Cornell, Gordon and McKinney fought it out for the remaining positions in the top-5.