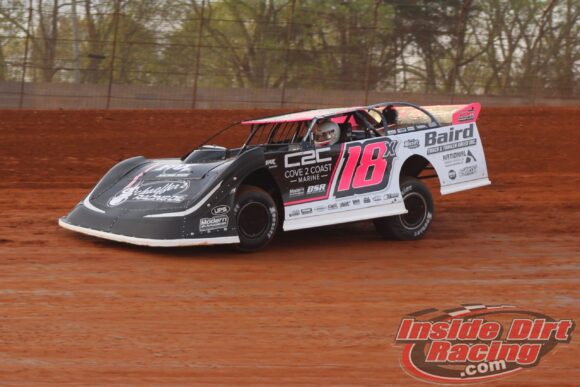 On Saturday evening it seemed as if Michael Page had sailed to an historic sixth consecutive Ice Bowl victory at Alabama’s Talladega Short Track. Even though the apparent win had come with a degree of controversy after a pair of incidents on the initial start of the 50-lap feature had involved the Douglasville, Georgia driver. The No. 18x machine had been given its starting position back after each of those attempted starts which ultimately allowed him to take the early lead then drive on to what seemed to be a $6,000 triumph.

Page ultimately beat Christian Hanger to the checkered flag. There had been a $1,500 bounty offered to any driver who could beat Page to the finish line provided the multi-time winner ended his day on the lead lap.

Although the Super Late Model portion of the Ice Bowl had been contested as an unsanctioned event, it was officiated by Chris Tilley and his Valvoline Iron-Man Late Model Series team. On Wednesday of the following week, it was announced that because of actions both during and following the feature race, Page would be suspended from all Iron-Man-sanctioned races for a time period of one year.

However, the story of this race did not end with the news of Page’s suspension. On Friday, it was revealed that the driver had been completely disqualified from the win due to a failed tire sample. As a result of the disqualification, Christian Hanger of Winchester, Tennessee was named as the winner. 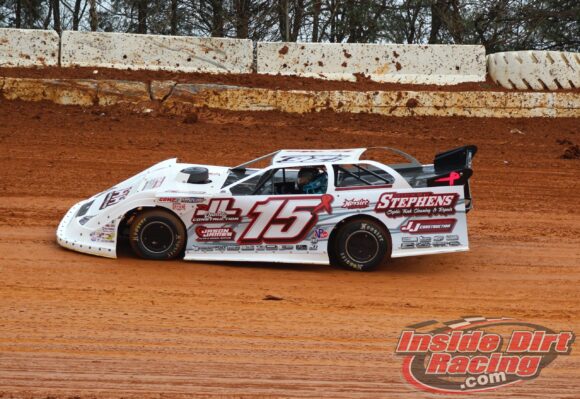 Here is the full press release announcing the disqualification:

FOR IMMEDIATE RELEASE
Revised Finish of the 2022 Talladega Short Track Ice Bowl
EASTABOGA, ALABAMA (January 14, 2022)- The 2022 Ice Bowl winner Michael Page of Douglasville, GA has been disqualified as the winner of the event after a tire sample that was collected after the event’s completion last Saturday has failed to clear inspection of an independent lab test.
Two samples were taken after the feature event, a 1600 right-rear tire and a 1350 right front tire. The 1600 passed the lab test, but the 1350 did not conform and meet the benchmark, therefore, Page has been disqualified from his Ice Bowl victory.
This will now make Christian Hanger of Winchester, TN the winner of the 2022 Ice Bowl, with everyone else being bumped up one position as well. The track will be distributing the extra purse money to drivers over the course of the next week.
If drivers have any questions, please contact Chris Tilley or Adam Stewart.
REVISED Feature Results for the CT Promotions sanctioned Super Late Models 31st Annual Ice Bowl at Talladega Short Track in Eastaboga, AL on January 7-8, 2002
1. Christian Hanger-Winchester, Tenn.
2. Chase Oliver-Rainbow City, Ala.
3. Dillon Tidmore-Gadsden, Ala.
4. Dallas Cooper-Talladega, Ala.
5. Austin Horton-Newnan, Ga.
6. Dillon Crim-Eastaboga, Ala.
7. Dylan Knowles-Lanett, Ala.
8. Sam Seawright-Fort Payne, Ala.
9. Kirk Baker-Hustontown, Pa.
10. Luke Hoffner-Turbotville, Pa.
11. Ellery Leake-Knoxville, Tenn.
12. Rucker Orr-Newnan, Ga.
13. Dewayne Kiefer-Bloomsdale, Mo.
14. Chad Duncan-Newnan, Ga.
15. Scott Crigler-Alton, Mo.
16. Tim Roszell-Anniston, Ala.
17. John Ownbey-Cleveland, Tenn.
18. Tanner Collins-Franklin, Ga.
19. Chris Jones-Alabaster, Ala.
20. Dalton Polston-Lithia Springs, Ga.
21. Andy Picklesimer-Ooltewah, Tenn.
22. Pierce McCarter-Gatlinburg, Tenn.
23. Ryan Wilson-Margaret, Ala. (DQ)
24. Michael Page-Douglasville, Ga. (DQ tires)