Chris Madden tops Lucas Oil field on Thursday at I-80 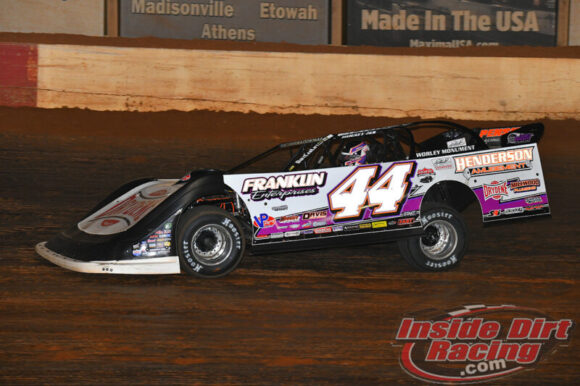 Chris Madden won the Thursday night feature at I-80

Chris Madden and Jonathan Davenport have been the two best Dirt Late Model drivers throughout the 2022 season and those two stars finished ahead of the pack on Thursday night at I-80 Speedway with Madden coming away as the winner of the Dirt Track Bank Go 50. This race served as a preliminary as the Lucas Oil Late Model Dirt Series works its way toward Saturday’s Silver Dollar Nationals.

The Rocket Chassis driver from Gray Court, SC picked up $12,000 for his victory on the 4/10 mile track located in Greenwood, Nebraska in a race shown live by FloRacing.com.

A total of 60 cars were signed in for competition

Madden encountered traffic on lap 17 as Davenport and Marlar looked to close in. The first caution of the night came on lap 21 when the fourth-running car of Bronson suffered a flat left rear tire.

Sheppard and Thornton moved to fourth and fifth respectively with Bronson’s retirement when the green flag waved to restart the race.

By lap 30, Madden and Davenport looked to separate themselves from the rest of the field and settle the issue among themselves. Further back, Marlar, Sheppard, Thornton and Pierce contested 3rd through 6th in tight formation.

Madden again built a lead of 1.5 seconds with 10 laps remaining the feature while the battle behind him continued to rage. Pierce climbed to fourth and moved in to challenge Marlar for third as the laps clicked away.

Madden proved to be untouchable as the race wound to its conclusion and the No. 44 machine eventually cruised to his fourth Lucas Oil win of 2022.