Chris Madden set for return to racing at World 100 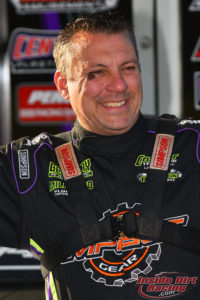 Up until two weeks ago Chris Madden was on a roll the likes of which had never been seen in Dirt Late Model racing. The Gray Court, SC racer had won five of his last six feature races including three consecutive crown jewel events. However, that run of incredible success came to a sudden halt prior to the Dirt Million at Mansfield(OH) Motor Speedway when the driver suffered a broken eye socket as the result of an accident in a golf cart on the grounds of that facility.

Madden’s recent run of success came after pairing with Scott Bloomquist Racing to drive a second car from that fleet. The reunification of sorts with his former car builder was brought about when the 44-year-old racer parted ways with Skyline Motorsports back in June.

The winner of the USA Nationals, North-South 100 and Topless 100 has been forced to sit on the sidelines since his accident waiting for his injury to heal. And based on a post to his ChrisMadden44.com website, it appears as if that wait is about to be over.

According to the website post, Madden will return to action this weekend in one of dirt racing’s most historic events. The No. 0M car will hit the track at Eldora Speedway in the $52,000-to-win World 100.

Here is the text of that posting:

“After missing the past two weekends of racing action due to a fractured left eye socket suffered in a golf cart accident at Mansfield (OH) Motor Speedway on August 20, Chris Madden will return to competition this upcoming weekend (September 5-7) in the 49th Annual ‘World 100’ at the famed Eldora Speedway in Rossburg, Ohio! Chris, who has won the last three crown jewel events that he has entered, will compete in a pair of $10,000 to win Twin 25 preliminary programs on Thursday and Friday at the “Big E” prior to vying for the $52,000 top prize in Saturday’s fabled ‘World 100.’ The Gray Court, South Carolina star will once again pilot the Great American Steak Company / Petroff Towing / Sorbera Chiropractic / Scott Bloomquist Racing #0M machine in the most prestigious event in the Super Late Model industry!” 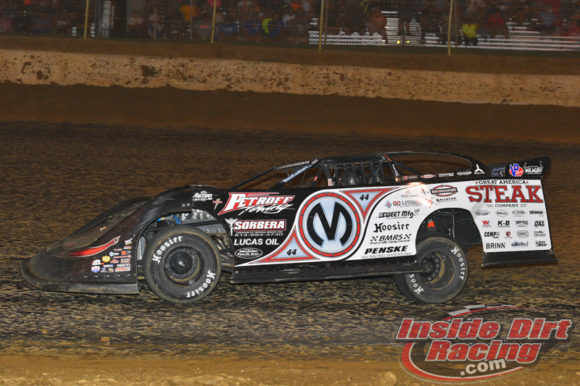 Madden has never won the World 100 nor Eldora’s other crown jewel race- The Dirt Late Model Dream. As a matter of fact, the three major events he won in August were the first crown jewel victories of his career.