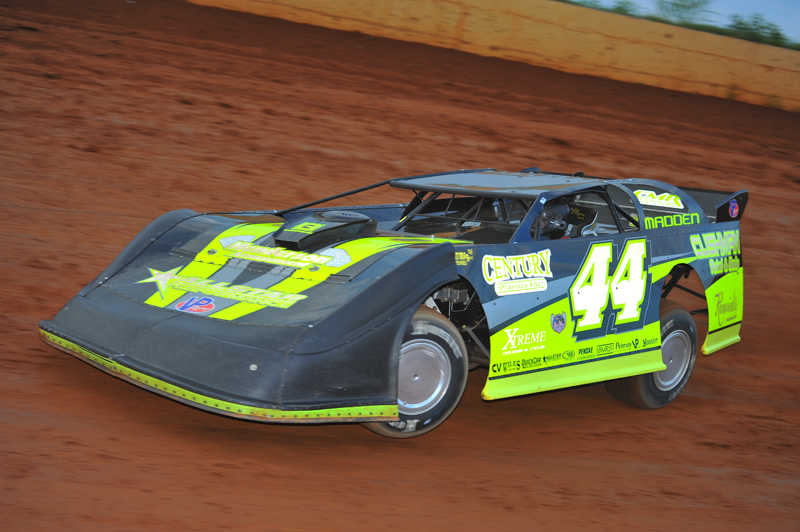 Chris Madden led all the way on Friday night at Smoky Mountain.

Chris Madden came into Friday night’s Schaeffer’s Oil Southern Nationals event at the Smoky Mountain Speedway in Maryville, Tenn. as the all time winningest driver in the series. However, the four-time champion had not scored a win in any of the previous eight races on the 2014 version of the mini-tour although he held the points lead due to remarkable consistency throughout the two week stretch.

But now the Gray Court, SC driver has finally notched a win, and he took a major step toward earning his fifth title in the series with Friday’s triumph.

Coming into the evening’s festivities, Randy Weaver of Crossville had been the hottest driver in the south, having won his last six consecutive starts in three different series’. And it looked as if his streak might continue after he set the fast time in Group B and overall qualifying with a lap of 15.394 seconds around the 4/10 mile clay oval.

Madden was fastest in Group A time-trials with a mark of 15.799 seconds. Those two drivers were joined by respective second best qualifiers Mike Marlar and Billy Ogle, Jr. in a dash race to set the first two rows for the main event.

Madden earned the pole position by winning the dash ahead of Weaver, Marlar and Ogle.

Vic Hill and Skip Arp won the two B-mains used to set the remainder of the starting lineup for the feature race.

At the start of the feature, Madden seized control immediately as he bolted to the early lead ahead of Marlar and Weaver. Those three cars set sail and separated themselves from the rest of the pack for most of the night.

Meanwhile, Ogle, Jason Welshan and Hill gave chase as they worked to keep the lead trio in sight.

With the race only being slowed twice for cautions, the leaders found themselves working in heavy traffic for much of the night. Madden seemed able to extend his lead as he daringly sliced through the slower cars to distance himself from Marlar and Weaver. 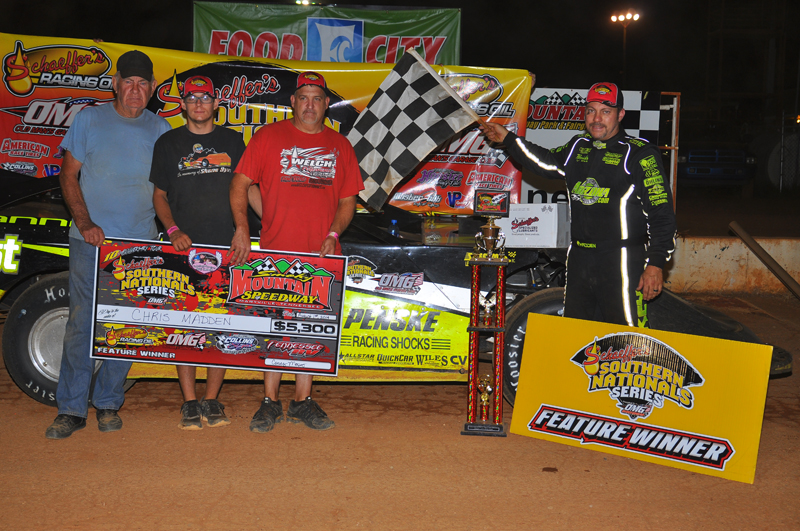 Madden and crew celebrate their win.