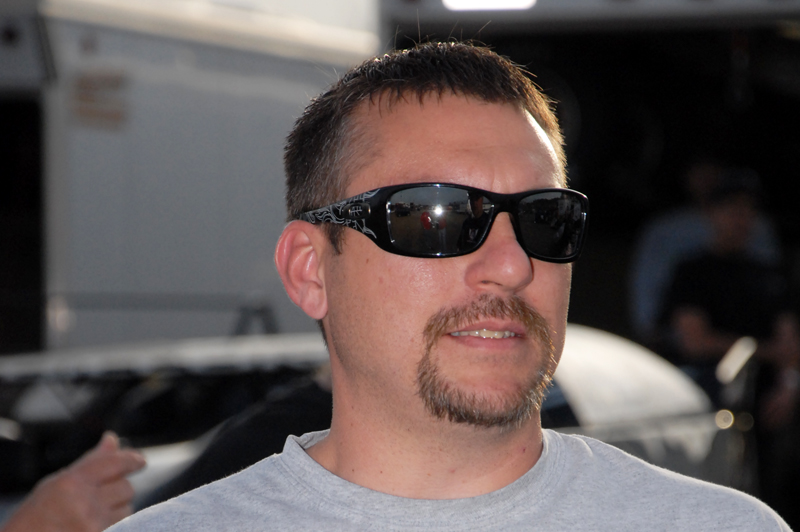 Chris Madden has had so much success in the Ray Cook promoted Schaeffer’s Oil Southern Nationals presented by Old Man’s Garage that he actually seemed a bit disappointed after securing his fifth championship title in the annual summer mini-series this past Saturday night at the Tazewell Speedway. The Gray Court, SC driver sets very high standards for himself and his team. And in his mind, at least one of those standards was not met during this year’s version of the Southern Nationals.

“It definitely wasn’t what we wanted,” Madden declared in an interview after the series finale in Tazewell. “We had a shot at winning at least three more of the races and it just didn’t happen. We’ve had the speed in the car for sure, but we just haven’t had the finishes to show for it. Just like tonight, we had a shot at winning but had a flat tire that put us in the back.”

After suffering the afore mentioned flat tire, Madden was eventually eliminated from the event after contact from another car as he was charging back toward the front of the field.

“I am glad to get the championship, but that’s not the way I like to get them,” the competitor known as ‘Smokey’ went on to explain. “I like to win races. That’s what we come for, to win races. I’m not totally satisfied with the accomplishment of a championship if I’m not winning races.”

Indeed, Madden has won more races than any other driver in Southern Nationals history. As a matter of fact, the count isn’t even close. His 24 victories on the circuit far outnumber that of Jonathan Davenport, the next closest winner who has a total of nine triumphs. Madden’s five titles also leads Davenport’s two in total number of series championships.

“We’re trying to get all our program put back together,” the driver of the Bloomquist Race Car #44 said. “We had been off for some medical reasons then we made a change to the Penske(Racing Shocks) program that they’ve got going on, which is a super deal. We were glad to get that deal going because we’ve been real fast on that stuff. We’re just trying to get back rolling here.” 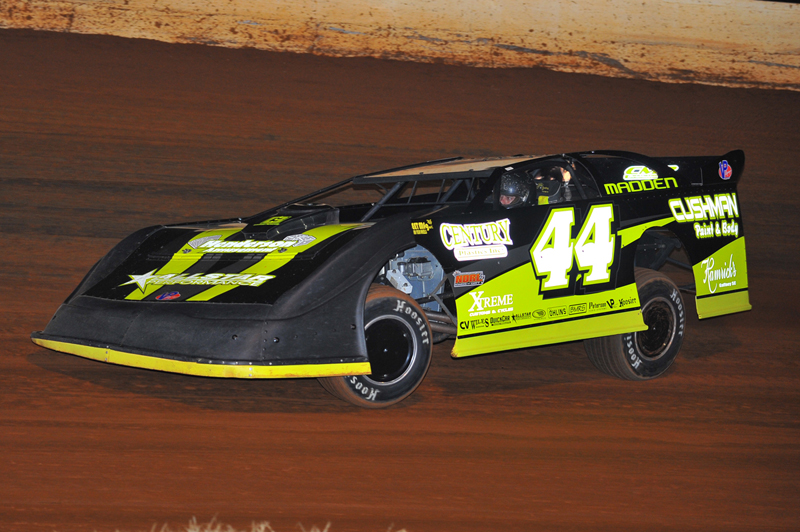 Chris Madden on his way to a lucrative NDRL win at Smoky Mountain.

Madden was sidelined from June 20th to the start of the Southern Nationals tour back on July 21st at the Wythe Raceway in Virginia with undisclosed health issues. That setback came after an encouraging start to the season which saw him earn a Lucas Oil Late Model Dirt Series win at Georgia’s Golden Isles Speedway, a Spring Nationals first place at the Volunteer Speedway in Bulls Gap, Tenn. and two lucrative NDRL victories at the East Alabama Motor Speedway in Phenix City, Alabama and the Smoky Mountain Speedway in Maryville, Tenn.

Madden believes that his success in the Southern Nationals and these other races is indicative of what he and his team could accomplish if circumstances would allow.

“I think we could compete at any of the series’ if we just had the people and the backing it takes to go do it,” he said. “It’s not necessarily just one series.”

And with his health problems seemingly behind him, Madden looks to resume a full time schedule throughout the remainder of the season.

“I’m just going to race like I always have over the past seven or eight years of my career.” 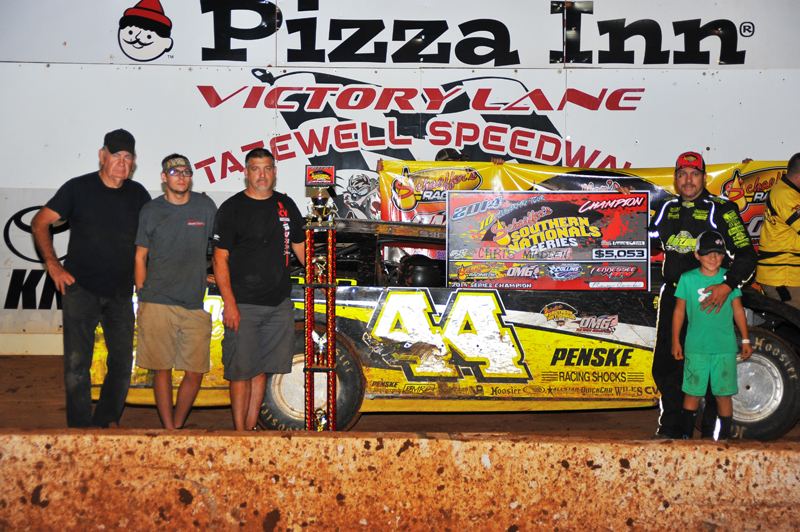 Chris Madden and crew pose with their SoNats championship trophy.