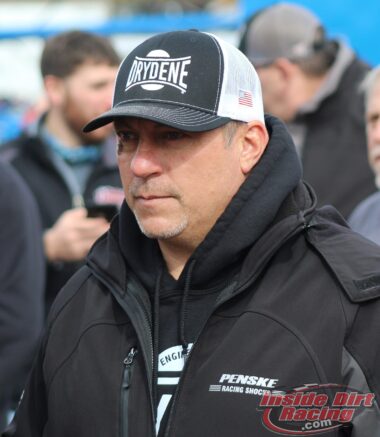 Over the past two weekends the XR Super Series-sanctioned Karl Kustoms Bristol Dirt Nationals staged four separate Super Late Model feature races that paid an eye opening $50,000 to each of the winners of those races. And more, there was a hefty bonus of $100,000 that would be awarded to the driver who scored the most points in those four events held at the Bristol Motor Speedway. As a result, there was the potential for drivers to earn large amounts of money over a short period of time.

Chris Madden won one of those features on the first weekend of competition when he scored a victory last Friday night. Following Chris Ferguson’s win last Saturday, the driver known as ‘Smokey’ returned to the dirt covered half-mile facility most known for NASCAR racing to claim another big prize on the second Friday evening of competition. And following Saturday’s racing action leading up to the main event, the Gray Court, South Carolina native appeared poised to leave east Tennessee with an historic amount of earnings in his account.

Madden clocked in as the fourth fastest driver in Group B qualifying which placed him on the outside of the front row for the fourth heat race. At the drop of the green flag in that preliminary, Mike Marlar got out to the early lead with Madden chasing from second. However, Marlar’s car suffered a problem that sent the former World of Outlaws CASE Construction Late Model Series champion hard into the outside wall.

Madden inherited the lead of that preliminary race following Marlar’s misfortune and drove on to the win. As a result, the No. 44 machine was slated to start the 50-lap feature from the outside of the second row. However, that would not be the case as the car was found by officials to not conform with the so-called ‘Droop Rule’.

That rule calls for a chain to be used at the left rear of the car to limit the amount of vertical travel of the body away from the rear end on that corner of the machine. To measure for compliance, a jack is placed in the middle of the rear end and the car is lifted until both rear tires are off the ground then a measurement is taken from the left rear deck to the ground. Madden’s car did not meet the requirements for that measurement following his apparent heat race win.

The resulting penalty was for the driver to be docked two positions from the finish of that race. That ruling handed the heat race win to Mark Whitener and placed Madden third in the final running order. And more importantly, the No. 44 would line up 12th on the starting grid for the main event rather than its original fourth position. The chances for a third $50,000 victory and even a shot at the $100,000 bonus appeared to be in jeopardy.

“There was just some discrepancy there that took place,” Madden said of the penalty during his post-race appearance in the BMS Media Center. “We got it taken care of and was able to get a couple of restarts that got us back to the front to be able to win this $100,000. Again, we had a great race car all night. Instead of starting fourth, we started 12th and had to work a little bit harder for it but we were still able to get it done.” 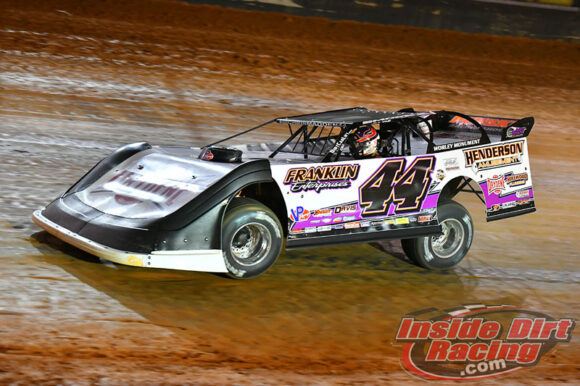 Chris Madden’s No. 44 Rocket Chassis charged from 12th to 2nd in Saturday’s feature

With the points lead he had amassed in the previous three races, Madden needed a podium finish to guarantee the bonus. Ultimately, he would charge up through the field to claim the runner-up position behind eventual race winner Dale McDowell when the checkered flag waved.

Despite losing his second row starting position for the feature, the driver’s confidence never waivered.

“Obviously, it was questionable at that time but I never doubted us being able to do it,” Madden insisted. “Our car, our team, and myself right now- we’re in a great position to be able to win some races and get some things done. We were able to overcome a mountain tonight and that says a lot for my team.”