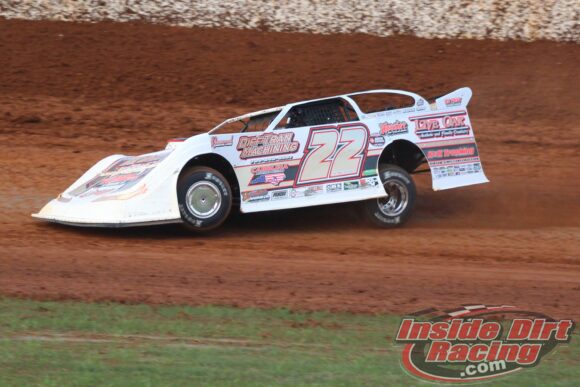 The Ultimate Southeast Series took to the Screven Motor Speedway on Friday night to contest its final race of the 2019 campaign. In the end it was Chris Ferguson who used a slide job pass to gt around Zack Mitchell late in the race to score the win. The Mount Holly, NC driver left the Sylvania, Georgia track with the $5,000 first prize as a result of his efforts.

Zack Mitchell proved to be the fastest in Group A qualifying when he laid down a lap of 14.842 seconds to beat out Chris Ferguson, Cla Knight, Jeff Smith and Dalton Cook.

G.R. Smith set the pace in Group B time-trials with a time of 15.135 seconds to better the efforts of John Henderson, Matthey Nance, Kyle Hardy and Michael Brown.

There were no heat races as the 20-car feature starting grid was set entirely from qualifying results.

At the start of the 50-lap feature it was Mitchell who went to the early lead with Ferguson, Smith, Henderson and eleventh starting Brandon Overton trailing. Overton looked to move forward early in his new Wells Motorsports ride as he took Henderson and Smith three-wide as those drivers raced for positions 3-5 on lap two.

A multi-car spin slowed the action momentarily by bringing out a caution on the third lap. On the ensuing restart Ferguson made a bid for the race lead but Mitchell jetted back around on the high side as the cars roared down the back stretch. At the same time, Overton bolted into third with Knight moving into fourth but all of those moves were negated when a second yellow flag flew for the slowing machine of Kenny Collins.

Ferguson briefly took the top spot away on the second lap 3 restart but Mitchell fought back and regained the position shortly afterwards.

The top-3 of Mitchell, Ferguson and Overton ran multiple laps in tight formation with Mitchell employing a high line around the track while his pursuers ran around the low side. However, Mitchell would build a slight advantage as the leaders worked through slower traffic during the race’s first half.

Overton’s initial run for his new team came to an abrupt end on lap 19 when his car stalled at the entrance of turn 3 to bring out a caution.

Ferguson again briefly got a glimpse of the lead on the ensuing restart but Mitchell powered back around on the high side as Smith and Knight took the positions just behind the front runners.

At the halfway point Knight began working under the Smith car after the No. 89 had its spoiler knocked off while running around the top side of the track. Meanwhile, Jeff Smith closed on those two from his fifth spot.

In the later laps of the race Mitchell, who continued running a high line throughout, tagged the outside wall and lost momentum allowing Ferguson to close in. As the two racers worked around a slower car, Ferguson made a bold move for the lead on lap 37. As the No. 22 machine slid up the track it made contact with Mitchell’s left front send the early leader for a spin.

Mitchell did a complete 360 degree loop and kept his car running so as not to bring out a caution flag, but by that time, Ferguson had sped away. The event remained green from that point and Ferguson steered his Sweet-Bloomquist Race under the checkered flag for the victory. 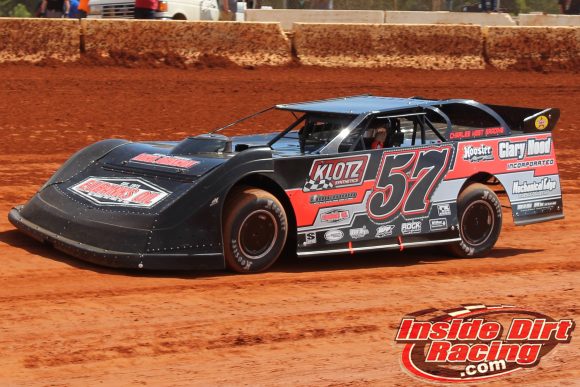 Zack Mitchell was crowned as the Ultimate Southeast Series champ