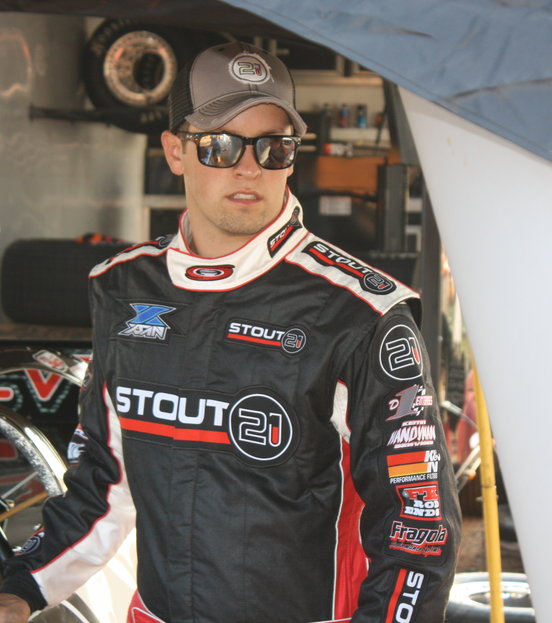 After scoring three Late Model wins in a row, it is safe to say that Chris Ferguson is one of the hottest race car drivers in the country. The popular young racer is having to overcome obstacles that many involved in this sport must also face. But still, achieving in the face of adversity makes his success seem that much sweeter.

Ferguson’s recent run of success was highlighted by a $10,000 victory at the Virginia Motor Speedway in an Ultimate Super Late Model Series series event three weekends ago. He then followed that up with two consecutive Carolina Clash triumphs at the Volunteer Speedway in Bulls Gap and most recently at the Lancaster Speedway in South Carolina.

“To win that Saturday show at Virginia Motor was probably my biggest win,” the resident of Mount Holly, NC declared. “As far as the guys that we had to outrun, it was pretty cool.”

Ferguson has stepped away from his regional roots in the Carolinas this season to take on one of the national tours. And even though he and his team face limitations, he believes the benefits are beginning to show themselves. At the same time, he realizes the importance of planning ahead when scheduling his races.

“We’re following the NDRL,” the 24-year-old driver explained. “Besides that, we try to race once or twice a month. We’re not planning to race at all for most of the month of June. Basically, with us being a small budget team with one car and one motor, we race in a particular event if it makes sense for us to go to it. Anywhere that it makes sense for us to go and that we already have tires for, we race. With a race team like ours, we can’t buy all new tires and drive a long way then have something break on the car. We’d go in the hole doing that.

“But if we do have a couple of good weekends close to home, we might step out a little bit and race against other competition. With the guys we race against in the NDRL, you have to be on top of your game.”

The difficulties of taking on a national series on a small budget weigh constantly on Ferguson and his family owned operation.

“A lot of people don’t realize that at the level we’re racing on, running a national tour, racing with one car and one motor and no paid employees is definitely tough,” he said. “But I think a lot of people appreciate that, and that’s in our favor.”

Ferguson is one of only a handful of drivers at the national level to campaign in Knoxville built Warrior Race Cars. As a matter of fact, he uses that company’s house car as his backup for the NDRL races. The young driver is pleased with the relationship he has with his chassis builders and company owner Sanford Goddard.

“Everybody that runs his cars has a relationship with Sanford. It’s not always that way with some of the other big manufacturers.”

Ferguson believes that relationship has allowed him to come into his own as a driver sooner than he might have otherwise.

“I’ve been in Sanford’s cars for three years,” Ferguson pointed out. “He kind of took me from being able to run good locally in the Carolinas to where I could compete with those national guys in other places. He taught us a lot of stuff that takes years to learn with these cars. That’s a big thing when you don’t have money to throw at having two or three cars and two or three motors.

“If I could go run a $10,000-to-win show every weekend, I know I would be better,” Ferguson added. “But I can’t because it takes so much money. Sanford’s played a key role in getting us up to another level. Then on top of it, the support from those guys is great.”

Ferguson will not race in this weekend’s $100,000-to-win ‘Dream’ at the Eldora speedway in favor of preparing for his next race later on this summer. The next NDRL event will be June 26-28 at the Batesville Motor Speedway in Arkansas. 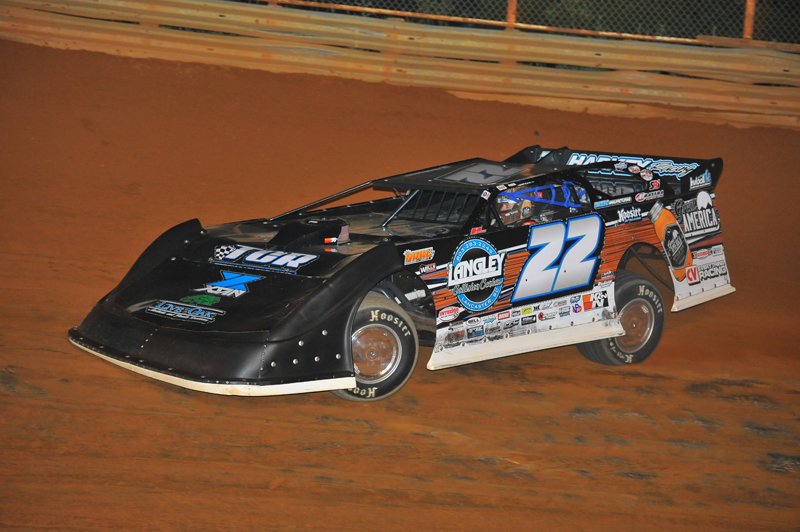 The Warrior Race Car being taken to Victory Lane on a regular basis of late by Chris Ferguson.