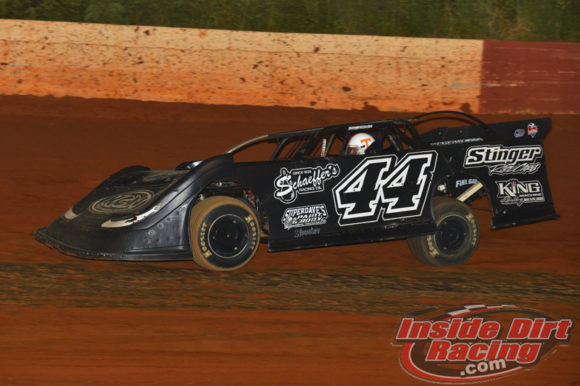 Along with the Schaeffer’s Oil Fall Nationals and the Durrence Layne Late Model Series the Smoky Mountain Speedway also served up a feature race for the Limited Late Model division on Friday night. Chase King was able to capitalize and earn the $1,200 first prize from the Maryville, Tenn. track after it looked as if another driver had victory locked up.

The 14-car field was lined up by time-trial results for their main event.

At the start of the 20-lap feature Hedgecock roared to the front of the field with Crabtree, King, Rodabaugh and Pucket following. However, King would get moving quickly as he sped past Crabtree to grab second at the end of the first lap. 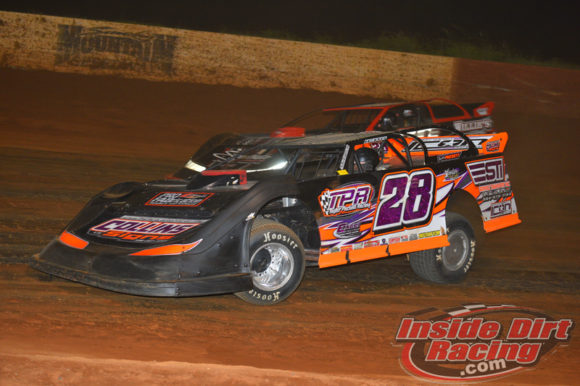 Disaster struck for Crabtree in turn two during the second circuit as his car went high and jumped the cushion which sent it to the outside wall. The front row qualifier was forced to retire from the event at that point.

Hedgecock again bolted away from the pack on the restart as King, Rodabaugh and Pucket engaged in a fierce three-wide fight for second. King emerged from that battle with the runner-up spot leaving Rodabaugh and Pucket to grapple for third. Pucket would finally take the spot on lap 9. 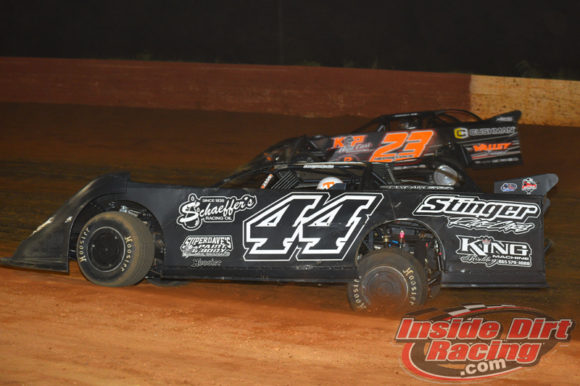 At the race’s halfway point Hedgecock held a lead of just over a straightaway with King still running second. However, Hedgecock began to slow on lap 16 after tangling with a slower machine and receiving damage to the front of his own car.

At that point, King looked to pounce. On lap 18 the No. 44 drove by the former leader and then went on to capture the checkered flag.