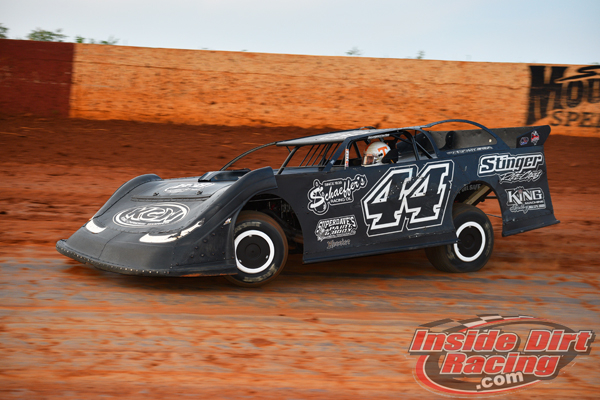 Chase King rolled into the final night of the season at Smoky Mountain Speedway as the leader in the Limited Late Model standings in regular racing action at that track. He left the Maryville, TN facility as not only the track champion in his division but also as the feature winner.

King began the night in a fast way as he earned the pole for the feature by setting quick time in qualifying with a lap of 17.146 seconds around the 4/10 mile clay oval. That time bested the efforts of Ryan King, David Crabtree, Barrett Lowe and Jordon Horton.

Chase King took the lead at the drop of the green flag for the 20-lap feature. Ryan King, Crabtree, Taylor Pucket and Lowe rounded out the top-5 at the conclusion of the first lap. The Kings then began to pull away from the rest of the pack while Crabtree and Pucket fought over the third position about a straightaway behind the lead duo.

A lap 10 caution for a spin by Horton bunched the field. On the ensuing restart Crabtree took second away from Ryan King while Chase King bolted out to the lead.

However, Ryan King would regain the runner-up spot following a lap 11 restart while Chase King again got away from his pursuers.

The race’s second half was peppered with a string of cautions with a hard fought battle between Ryan King and Crabtree mixed in. That would be true until King’s No. 30 machine slowed to a stop on the track just one lap shy of the finish.