*This is the first of a two-part series of stories based on an interview with racer Chad Finchum. The second of these pieces will be posted just before the NASCAR weekend at Bristol Motor Speedway later in August. 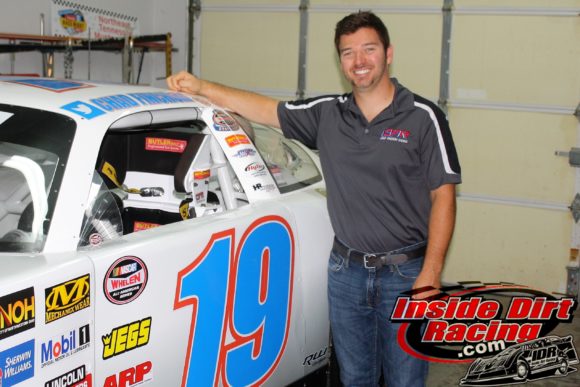 Chad Finchum is an accomplished racer who can count his victories by the hundreds. Those wins have come in go-karts, Legends cars, asphalt Late Models, and the NASCAR sanctioned K&N Pro Series. And now, the Knoxville, Tenn. native is working hard to realize his dream of racing at the highest level of the sport in NASCAR’s top divisions.

Finchum has started three NASCAR Xfinity Series events in 2017 for veteran car owner Carl Long. The most recent of those starts came at the legendary Indianapolis Motor Speedway where the 22-year-old driver successfully completed the race and gained significant experience on his way to a 32nd place result.

After also making starts at Dover and Kentucky earlier this year and with at least one more planned for Bristol, Finchum is hoping to get noticed by someone who wants to hire or sponsor him for more racing in the future in either the NASCAR Camping World Truck Series or the Xfinity Series. That desire to race in NASCAR comes from a long time dream planted in his heart and mind years ago.

“Dad and my granddad were big NASCAR fans.” Finchum recalled in an interview with InsideDirtRacing.com. “I remember going to church then maybe going to the drive-thru at Kentucky Fried Chicken and going home to watch the race. That was a regular Sunday routine during the entire racing season.”

And the young Finchum even began his own form of racing at a very early age.

“As a kid I always had die-cast cars and I’d get in the floor and do my own type racing.” he remembered. “I just grew up as a big fan. When I got older I played ball sports, I ran track and played other stuff. But my dad had me a little yard cart at the house and I just wanted to get done with school or whatever I was doing so I could go home and drive that. I’ve just always been driven to race. When I was about six there was an ad in the newspaper for a boy who was selling out his go-kart stuff and I ended up talking dad into buying it. We got out there on the race track and won the first time. The enjoyment I have of trying to live my dream is definitely cool.”

And for someone who was so passionate about racing at a young age, Finchum is indeed living the dream now.

“Growing up as a fan in the sport and then racing on a local level and going to watch the big guys race at Bristol and Daytona as a fan to now making that jump to be on the same level they are is cool,” Finchum explained. “When I walk in the garage area I still kind of get that ‘pinch me’ feeling. When we went to Kentucky earlier this year Kevin Harvick’s garage area was two stalls down from me. Under a rain delay I went over and introduced myself and he just talked to me like anybody else. It’s really neat having been a fan and now coming up in the sport and getting my chance in it. Those guys are real nice and it’s easy to lean on them for information.”

Finchum has shown his talents in the K&N Pro Series. The young driver scored a win while driving for former NASCAR racer Eric McClure on the high banks of Bristol Motor Speedway. He has scored a total of five top-10 finishes in 17 starts in that series.

It was Finchum’s relationship with McClure that ultimately led to his most recent opportunity with Carl Long Motorsports in the NASCAR Xfinity Series.

“Years ago Eric McClure was a full-time NASCAR Xfinity driver and when he announced his retirement he opened up his own K&N program,” Finchum explained. “I knew Eric and we were friends through different events and he asked me to come drive for him in K&N a couple of years ago. I did that and we won Bristol. Mine and Eric’s relationship took off and grew through that program.

“As a driver, I’m 22-years-old and I’m looking to take that next step,” he continued. “I want to get into trucks or Xfinity and just keep climbing. NASCAR has an approval process that you have to go through in order to run all the tracks but K&N’s biggest track is a one-mile track, which is Dover, and that’s as far as my approval had taken me. What I needed to do was get on a mile-and-a-half, which would be a truck or Xfinity race. Eric was very good friends with Carl Long and Carl’s a great guy so Eric was the middle man who hooked me and Carl up. I’m thankful for that opportunity.” 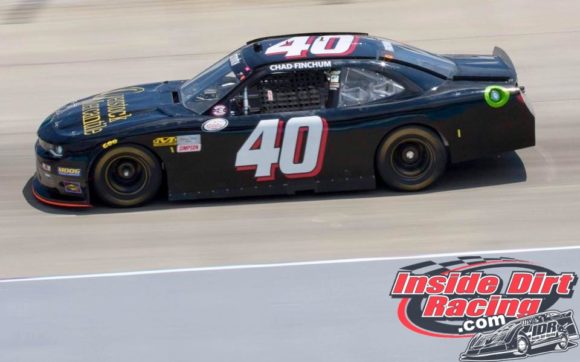 Finchum is used to winning races at a regular rate. But racing for a lower budget team that tries to compete against much more heavily financed operations with Monster Energy NASCAR Cup affiliations has caused the driver to adjust his mindset going into the events he runs for CLM.

“In every type of racing and in every division that we’ve ever competed in we’ve always had the mindset that we’ve got good cars, we’ve got good crew members, we’ve got good motors, and we can win this race,” Finchum said. “And we have been in contention to win at every level of racing so it’s definitely hard but you’ve got to face reality. We’re in 25th to 30th place equipment right now, and there’s nothing wrong with saying that because not everybody can land that big sponsorship and have that unlimited budget to spend on these race cars. We just have to look around the garage area and there’s other guys in that same realm with you and that’s the guys you’re racing with. In the group I’m running for, if we can get a 20th to 25th place finish, that’s a win for our team. If we run 25th to 30th that’s like running 6th to 10th in the top equipment. You just have to change your mindset and look at things like that. We’ve got to race the guys that have the same type of equipment you’ve got.”

So how much difference is there between the asphalt Late Models Finchum is used to driving and the Xfinity ride?

“It’s day and night,” he insisted. “It’s like going from a Mini-Cooper to an Escalade. The cockpit is different because in the Late Model you’ve got so much room to get in and out of the car as a driver. The seats in the Xfinity car has to have seven seat belts and a fully wrapped head rest. The Xfinity cockpit is much tighter and there are more roll bars in the car. There’s more heat in those cars and you’re going at a faster rate of speed, there’s more horsepower, they weigh more, you’re on bigger tracks, it’s the whole nine yards. It was a complete day and night flip for me. The only other transition for me that was that extreme was when I was younger and went from dirt to asphalt.”

Even though his team may not have had a realistic chance of winning the race, Finchum relished the chance at getting to drive at the most famous race track in the world in Indianapolis.

“There’s so much history at that track. It’s cool that the Indy Cars come there, NASCAR, and so many different types of motorsports. Just to be there and be a part of it, no matter how you finish, I can say that I’ve ran there and completed the race. So that was neat. The track is pretty intimidating. You roll out on pit road and go through the gears and come off of turn two and you’re staring at this long back straightaway going down into a flat corner. There’s no telling how fast you’re running by that time, probably 170 or 180mph. With the package NASCAR took there with the restrictor plate for the Xfinity cars, people were running flat out. We were holding it wide open around that speedway and that’s pretty intimidating, but after four or five laps it started coming as a natural reaction to me. It’s a big jump for somebody who has been used to running 13, 14 or 15 second lap times in a Late Model then going to running 57 seconds per lap. That’s a lot different. It was a big learning curve but we enjoyed it. It was definitely fun to be a part of it.”