Home Blogs Can Brandon Sheppard dominate the Lucas Oil standings as he did with WoO?

Can Brandon Sheppard dominate the Lucas Oil standings as he did with WoO? 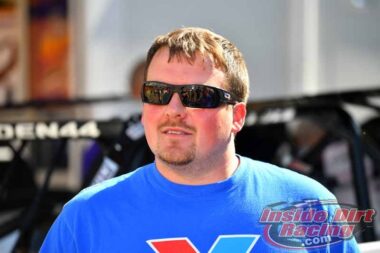 It was announced in late April of this year that four-time and reigning World of Outlaws CASE Construction Late Model Series champion Brandon Sheppard and his Rocket Chassis house car team would leave their longtime tour in favor of pursuing the Lucas Oil Late Model Dirt Series title in 2022. Since then, there has not been very much racing as that national touring series has had issues with Mother Nature along the way but this driver and team have looked very much like title favorites even on their new tour.

Evidence of that came last weekend in Iowa where Sheppard earned two hard fought runner-up finishes. This driver and team may not win every race but they rarely do anything that proves to be overly damaging to the big picture.

Not only did Sheppard win four World of Outlaws titles but he is also tied with Josh Richards atop the all-time feature win list with 78 victories to his credit. Needless to say, the New Berlin, Illinois native completely dominated that series from 2017, when he won his first championship, up to the end of the 2021 campaign. And now the 29-year-old driver seeks to earn a fifth national touring series title but with a different tour.

Sheppard was noted during his time with the Outlaws for not only winning championships but crushing the competition along the way. Having the title wrapped even before the World Finals races held each year at The Dirt Track at Charlotte as the finale to the season became commonplace.

In the championship seasons of 2017 and 2019, Sheppard wheeled the blue No. 1 machine into a WoO victory lane 18 times during each year and he won those titles by more than 300 points in both campaigns. He lost out in a tight battle with Mike Marlar in 2018 but still scored 13 wins over the course of the season.

Sheppard’s margin in terms of points amassed ahead of second place dropped to 282 and 198 in 2020 and 2021 respectively but he still collected the winner’s trophy in both of those years while piling up a total of 22 features wins in the process. While not quite as impressive as his first two title efforts, championships three and four were still earned in dominating fashion.

Now that he has changed tours, the question is can Sheppard win a championship in this new environment, and in doing so, can he overpower his competition as he has done four other times during his career?

The driver known as ‘B-Shepp’ appears to be on his way to doing just that. Despite all of the issues the Lucas Oil Late Model Dirt Series has had with rain up to this point, they have still managed to get in 17 features. In that time, Sheppard has taken four checkered flags at the front of the field. In so doing, he has built a points lead of 130 markers over second-place Tyler Erb and 155 ahead of defending series champion Tim McCreadie. 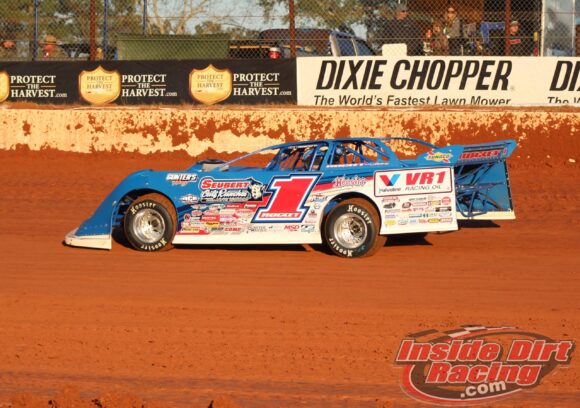 Brandon Sheppard in the No. 1 Rocket

The LOLMDS is about to contest one of its biggest events of the season this Memorial Day weekend in the Show-Me 100 at Lucas Oil Speedway in Wheatland, MO. That race will reward its victor with a $50,000 payday. Following that race, and with some cooperation from the weather, the series will contest six points-paying events in the month of June followed by another ten points-paying affairs in July. Obviously, there will be much more information to work with after those events have been contested.

So, back to the question at hand. Can Brandon Sheppard dominate the Lucas Oil standings as he did with WoO? Well, of course, he can.

But will he actually be the same type of force with his new series?

The level of competition might suggest that doing so will be much more difficult. As of now, however, that competition is very close to reducing itself to a three-man race between Sheppard, Erb and McCreadie with drivers Jimmy Owens, Ricky Thornton Jr., Earl Pearson Jr. and Hudson O’Neal already more than 300 points behind and in need of making something happen quickly before they fall too far behind.

There may be some tracks on which Sheppard and the Rocket 1 Racing team do not have as much experience as their competition, but as of now, this team has to be counted as the favorite to earn yet another championship at the end of the 2022 season.

How does a Dirt Late Model race earn the title of ‘Crown Jewel’?