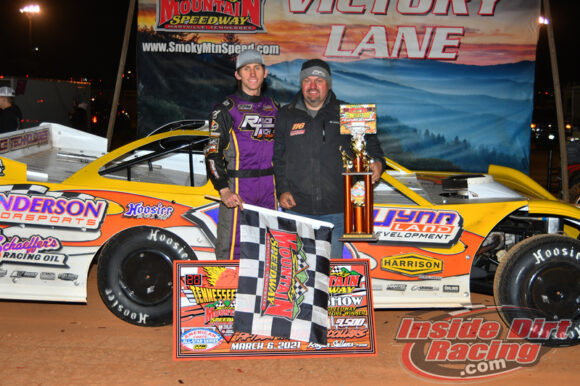 Veteran east Tennessee racer Stacy Boles and up-and-coming driver Cameron Weaver have agreed to join forces for the 2023 season and perhaps even further into the future. According to a press release, the deal will have the pair racing in as many as 40 Super Late Model, Crate Late Model and Limited Late Model events as a two-car team in the coming season.

Boles of Clinton, Tennessee has purchased the equipment once belonging to Weaver and his father Randy.

“This is truly a dream come true,” Cameron Weaver declared in the press release. “Stacy approached us late last year and had an interest in joining forces. He told me that his racing career is starting to wind down, but that he wanted to stay involved in the sport by having an up-and-coming driver in one of his cars. It came at a perfect time because we were at a crossroads on what direction we were headed with our family program. Stacy bought all our equipment and cars.”

The Crossville, Tennessee native will now be working out of a new location.

“I’ll now be racing out of his shop in Clinton and couldn’t be more excited for the opportunity,” Weaver said. “He’s providing me everything I need to be successful as I continue to progress in my career, and I’m looking forward to helping him at the track when I’m not racing. Just a very exciting time for us.” 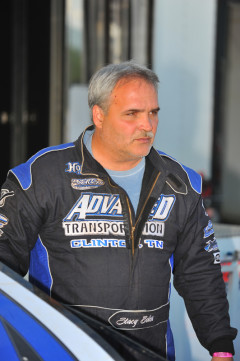 Boles plans to race in the upcoming World of Outlaws CASE Construction Late Model Series-sanctioned ‘Sunshine Nationals’ at Florida’s Volusia Speedway Park later in January. Weaver will serve as a crew member on the No. 11B for that effort.

Randy Weaver is excited for his son’s new opportunity.

“I had got to the point where I had given Cameron about all of the help that I could,” the elder Weaver acknowledged in the press release. “This sport requires a lot of resources to be successful, and Stacy brings a great opportunity to the table for Cameron. While Cameron and Randy Weaver Racing (as a business) are no longer a thing, I’ll still be involved with teams in the area as a VP Racing Fuels and Hoosier Race Tire dealer. This stuff is in my blood, so I’m definitely not going away.”

Boles has taken on this responsibility before. In 2015, his operation expanded to a two-car team with Knoxville’s Billy Ogle Jr. taking the wheel of the second machine. Success followed as Ogle captured the World of Outlaws Late Model Series feature at Tazewell(TN) Speedway.

Boles and Weaver are currently working to finalize their schedules for the 2023 season.