It was a good night to be named Cameron(or Camaron) at Smoky Mountain Speedway. The Maryville, Tennessee track hosted a pair of $5,000-to-win feature events for the Southern All-Star Dirt Racing Series and the Steel Block Bandits Dirt Late Model Challenge.

By the end of the night, Camaron Marlar had claimed the win in the Southern All-Stars main event while Cameron Weaver stood in the Steel Block Bandits victory lane. 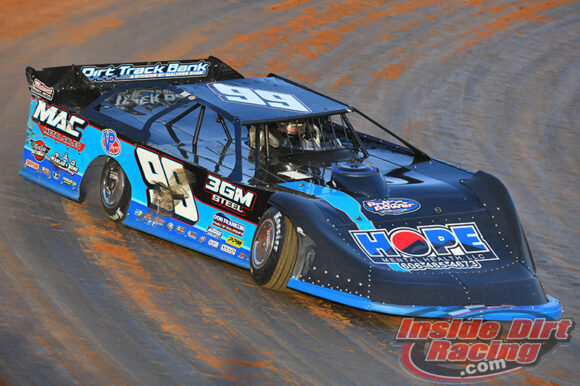 Camaron Marlar was the Southern All Stars winner

A total of 26 cars were signed in for competition with the Southern All Stars. By the time hot laps and qualifying had concluded, attrition had affected some of the cars intending to race so series and track officials opted to set the starting lineup for the feature solely from the results of time-trials.

Feature Re-cap: From the start of the 40-lap feature, Marlar built a relatively comfortable lead leaving Beets, Hill, Ford, Knuckles and Smith to battle it out in his wake. Smith proved to be the biggest mover among the early front runners as he climbed through the top-5 in steady progression by battling Ford, Hill and Knuckles one by one.

Marlar led by a full straightaway after 15 laps then picked his way through slower traffic for the remainder of a feature that ultimately ran caution free, The only incident of the night came when Dakota Smith spun in turn one just as the leaders were taking the checkered flag. Marlar was collected in the incident with some damage done to the right rear of his car. 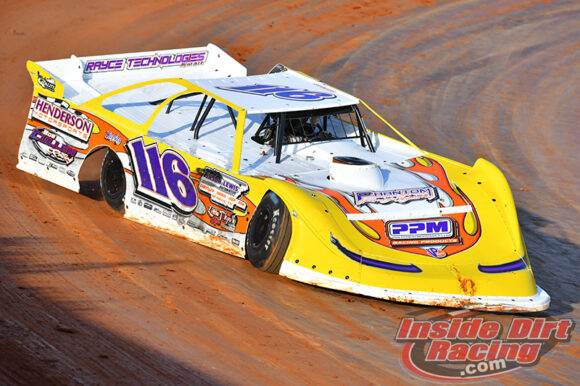 With 37 cars on hand, the Steel Block Bandits offered a full program with qualifying, heat races and B-main action.

The 40-lap feature ran caution free with Weaver leading all the way.