Cade Dillard cashes in with Firecracker 100 win at Lernerville 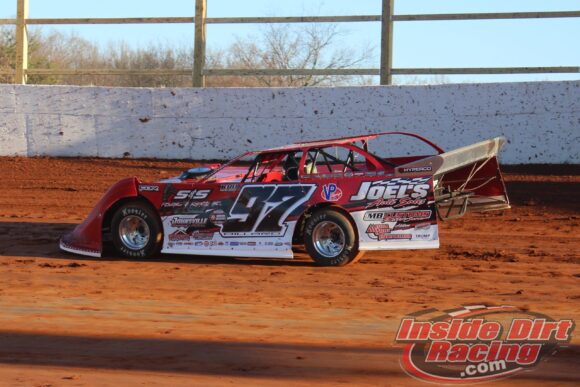 The format may have had to undergo some changes for the 2020 version of the Firecracker 100 at Lernerville Speedway but the $30,000 payout to the winner still ranked as the best offered for a World of Outlaws Morton Buildings Late Model Series feature so far this season. At the end of the night it was Cade Dillard who stood in victory lane at the Sarver, PA facility earning the accolades due one of the sport’s most coveted races.

The starting lineups for the Saturday evening heat races were set by the results from preliminary races held on Thursday and Friday leading into the big event.

Scott Bloomquist was originally flagged as the winner of the first heat race of the night but was later disqualified based on an unapproved part related to the WoO Late Models droop rule.

Ricky Weiss and Alex Ferree won the two Last Chance Showdown races used to set the remainder of the starting grid for the main event.

At the start of the 50-lap feature it was Dillard who went to the lead with Norris, Lanigan, Blair and Briggs trailing. Junghans made an early move that had taken him all the way fourth by the end of the third lap.

The top-5 held station until a caution flag waved for a spin by Zeigler on lap 9. On the ensuing restart, Lanigan surged to second then moved up to challenge Dillard for the race lead.

Blair turned up the wick as he took third away from Norris on lap 12 and then Lanigan for second two laps later. However, a lap 15 caution for Thornton slowed the action.

On the lap 15 restart Langian regained the runner-up position away from Blair while Junghans moved into fourth just before Shannon Babb spun to bring out the second yellow flag of the night.

Lanigan stepped forward to challenge Dillard for the lead between laps 20 and 22. Then just after halfway Norris and Junghans had at it for fourth while Lanigan again took the opportunity to harass Dillard for the top spot on the leader board.

As Dillard eventually broke free from his battle with Lanigan, Sheppard and Erb began to move forward as they entered the top-5 as the laps clicked away.

After a lap 37 restart, Dillard again broke free from his pursuers to remain in control of the race. Blair was able to get around Lanigan for second but was never able to challenge for the lead.

Dillard would go on to sail under the checkered flag to collect his second World of Outlaws Morton Buildings Late Model feature win of 2020.