Like many of you, I have been stuck at home for the past few weeks. And obviously, I have not seen the inside of a race track in that same time period. As a matter of fact, the last time I witnessed any sort of race was when Mike Marlar won the World of Outlaws Morton Buildings Late Model Series feature at Smoky Mountain Speedway just about one month ago.

Even more unusual for me is that I have not driven on an interstate(which I have to do in order to go to most races) since I covered the Southern All Star Dirt Racing Series event at Cherokee Speedway in Gaffney, SC back on March 1st.

To say the least, my state of racing depression is quite high right now and there doesn’t appear to be much hope of that ending for several weeks.

For a guy who commonly attends between 50 and 60 races per season depending on the weather, I actually go to a relatively small number of tracks. Typically, tracks in Tennessee, Georgia, and the Carolinas dominate my racing schedule during most seasons.

With all that said, this time off has given me plenty of time to think about things I might do differently whenever racing resumes around the country. And one thing I hope to do is take in some events at venues I have not yet visited. 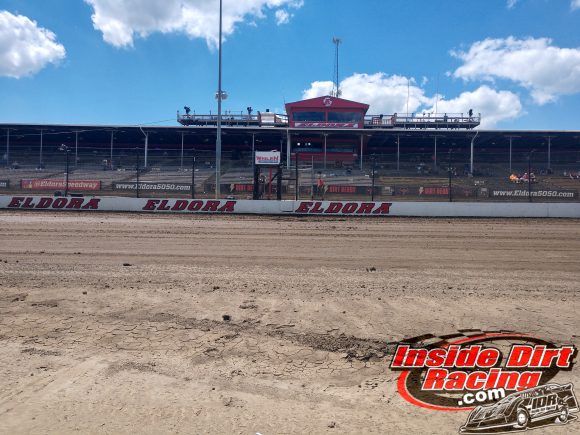 First, I have only made one trip to Eldora Speedway in Rossburg, OH and that was a couple of years ago for a NASCAR Gander RV & Outdoors Truck Series race. At some point in the near future I will make my way to dirt racing’s most well known facility for either the World 100 or the Dirt Late Model Dream. Those are two of of the biggest events in the sport and for someone who covers this form of racing, I need to make a point of getting to those races.

Another place that is definitely on my ‘bucket list’ of tracks I must see is the Knoxville Raceway in Iowa. This storied facility is perhaps most known for Sprint Car racing but the Knoxville Late Model Nationals has certainly grown into one of the crown jewel events on the Late Model calendar each year.

The timing of races held at those two tracks is difficult for me due to the fact that I am a high school teacher by trade and the scheduling for each comes at challenging times. All of the event mentioned above tend to take place at the very beginning or the very end of the school year. But at some point, I am going to find a way to get to both of these tracks for their big races.

Apart from those crown jewel events, I also have designs on attending the early season races at East Bay Raceway Park and Volusia Speedway Park. There’s nothing like the start of a new season and I have been fortunate enough experience the season lid lifters for the Lucas Oil Late Model Dirt Series at Georgia’s Golden Isles Speedway for the past several years but have had to return home to return to my job rather than follow the action into Florida. That’s something I hope to change at some point.

Of course, any trip to East Bay will have to be made quickly since that track will be closed down in the near future.

And finally, I know this is primarily a dirt racing piece, but I am going to add the Snowball Derby race at Florida’s Five Flags Speedway for pavement Late Models to my “must see” list of racing tracks and events. That race is legendary and I love any racing event that is the focal point of the season for its participants and this race definitely fits that bill.

Yes, I am very fortunate that I get to see a lot of races over the course of most seasons. But this lull in the 2020 campaign has given me time to think about a lot of things and one of those has been my bucket list of things I have to make it to before my race following days are over.