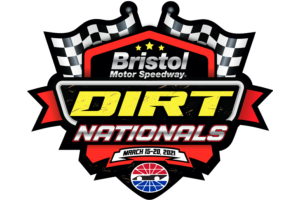 Bristol Motor Speedway announced on Friday they will hold the Bristol Dirt Nationals on March 15-20. The headliner will be super late models. Other dirt racing classes will also be part of the event. The event is to take place the weekend before the NASCAR Cup Series and Xfinity Series take to Bristol’s dirt surface the following weekend.

“We are looking forward to having the Super Late Models and many other popular dirt classes back at Bristol Motor Speedway for the Bristol Dirt Nationals as we kick-off several weeks of dirt racing Bristol style in 2021,” Caldwell said in a release.

“Having the opportunity to showcase some amazing dirt track racing during our 60th anniversary really is very special, given the overall roots of racing and the history that dirt has here at The Last Great Colosseum. It’s important to have some racing on the fresh dirt track to seed it properly before NASCAR arrives the following week, and we also wanted to give some of our local dirt track racers the opportunity to enjoy the Bristol dirt experience as well.”

The super late model portion of the Bristol Dirt Nationals is expected to be an unsanctioned event. The X.CELERATED group is listed as the promoter of the event and will also carry racing via their streaming platform. The Lucas Oil Late Model Dirt Series will be in action that weekend at Atomic Speedway in Ohio and Brownstown Speedway in Indiana. The World of Outlaws Morton Buildings Late Model Series is scheduled to be off that weekend.