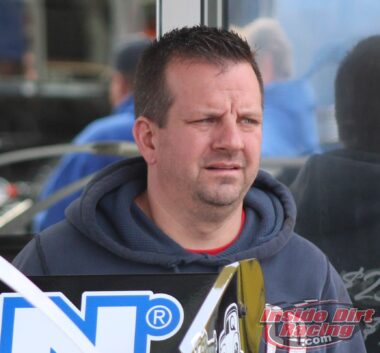 Brian Shirley has quite a track record of success throughout the Midwestern portion of the United States. The Chatham, Illinois racer has earned four DIRTcar Summer Nationals championships and scores of feature wins including 35 career victories on the so-called ‘Hell Tour’. But even after piling up those victories and titles, a change can sometimes be necessary.

During this past weekend’s World of Outlaws Morton Buildings Late Model Series-sanctioned NGK NTK World Finals at The Dirt Track at Charlotte, the 40-year-old driver turned some heads when he unloaded a new Longhorn Chassis for competition. The Bob Cullen Racing organization has opted to switch from their familiar Rocket Chassis cars to the brand employed successfully this season by the likes of Tim McCreadie, Jonathan Davenport and Brandon Overton.

“I don’t really know for sure,” Shirley told InsideDirtRacing.com when asked what brought about the change. “It was based a little bit on what my car owner wanted. We came to a point in time when he decided it was time for a change. It was a decision he had made toward the end of this year and it’s one of those things where he’s the boss and he pays the bills. We’re going to do what he thinks is right and what he thinks is best for the team.”

Shirley won a total of ten feature races in 2021 with the most lucrative being a $10,000 Summer Nationals triumph in his home state at Sycamore Speedway. While, of course, Shirley and his team wanted to do well while in Charlotte, they were more focused on getting a feel for their new ride.

“Last night was the first night for me in this car,” Shirley explained. “There is a difference. We had a couple of things that weren’t really right until later in the night. It’s like anything else. I feel like the car will be good. All of them have speed so you’ve just got to find out what you like and what gets the car to do what I want to do behind the wheel. But there is a difference.”

A major part of the adjustment from one car to the other is changing the mindset from what works with machine to what works with the other. And changing that mindset will take time and effort which is what Shirley intends to get started with as soon as he returns to his shop.

“You get to where I’ve been with Rocket for a long time and you get into knowing where you’re at,” Shirley pointed out. “So for a little while it’s going to take time to figure it out because there’s a few little things that are different as far as the number of where they run their loads and stuff. I just need to go home and do a little research and do a little studying on everything then go do some testing to find where my happy place is in these cars. It’ll all come around.” 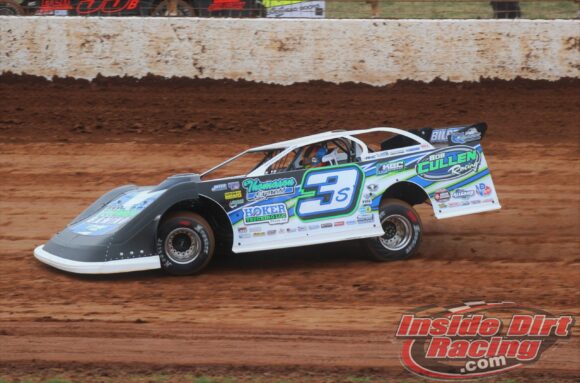 While the southeastern clay in the Carolinas may not be what the No. 3s crew is most accustomed to, the driver believes his team should be capable of contending at any track. However, a lack of practice with the new car almost certainly hampered their efforts.

“There’s no reason for us not to come here and run good,” he insisted. “This week was a tough week because we didn’t get to do all the things we set out to do by having a few little things that messed the week up. We really got behind and unfortunately we didn’t get to test and it showed last night(Friday). Hopefully we’ve got the bugs worked out and it should be better today.”

Shirley was unable to make the feature either night of the World Finals but the team is looking forward to next season when they race on the more familiar clay of the Midwest.

“The way all the money and the races that are going on, we’ll probably just race what’s best to suit the team,” Shirley said. “We want to find the best opportunity for us to make money.”