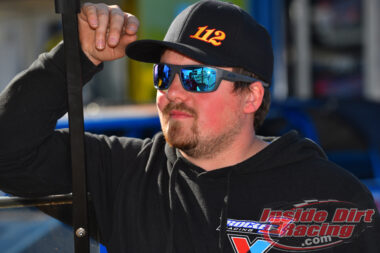 Brandon Sheppard is in the process of closing out a very impressive 2019 racing season. With two races still remaining on the World of Outlaws Morton Buildings Late Model Series schedule, the New Berlin, Ill. driver has already wrapped up the series championship. It will be his second title with this national touring series in the past three years.

Along with that already secured championship, the Rocket Chassis house car driver has scored 18 WoO Late Models feature wins and a total of 22 checkered flags in all of the races he has entered. Among those wins were some of Dirt Late Model racing’s most coveted prizes including the Dirt Late Model Dream at Eldora Speedway, the Dirt Million at Mansfield Motor Speedway, and the Prairie Dirt Classic at the Fairbury American Legion Speedway.

“It does feel good,” Sheppard replied to InsideDirtRacing.com when asked about his season. “It’s been an awesome season. We were just really consistent, our car’s good night in and night out. I have a great team backing me with Mark Richards, Steve Baker and everybody at Rocket Chassis.”

The 26-year-old driver has steered the Mark Richards Racing car during two separate stints. He drove for the Shinnston, WV based operation back in 2012 when Josh Richards opted to try his hand in the NASCAR Xfinity Series. This current stint began in 2017 and is still going.

Sheppard is grateful for the efforts of the crew members who have prepared and maintained their machine throughout this rigorous campaign.

“Danny White, Austin Hargrove and Joel Rogers are the guys who take care of this thing and keep it pristine night in and night out and nothing ever falls off,” Sheppard declared. “It’s just a dream to drive. It’s a championship team and I’d be disappointed if we didn’t win it because that’s just how much confidence I’ve got in my guys.”

Sheppard points out that his crew has done such a good job with his car that even their bad nights are not bad by most standards.

“It’s a hats off to our team,” the driver continued. “Even when we’re not winning we’re able to keep it in the top-5 or even in the top-3. This car, when it’s off it’s only off by a little bit and I can make up for it when it is off. And when it’s on, it’s badass so watch out because we’re coming to the front. This is an amazing opportunity for me for sure. We’re just trying to keep it going.” 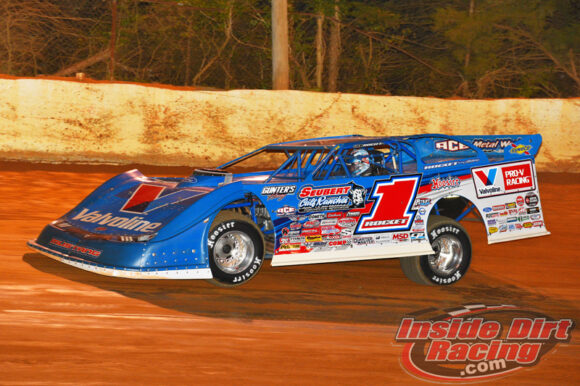 While the No. 1 team compiled enough points to control the championship run from early in the season, Sheppard states that the team always considers winning to be its primary objective each time their hauler pulls through the pit gates.

With two race wins that paid over $100,000 already achieved in 2019, Sheppard and his team would like nothing better than to claim a third at this weekend’s Dirt Track World Championship in Portsmouth, Ohio.

“If we could do that it would be amazing,” the two-time DTWC winner declared. “There will be a lot of tough competition there but I think our odds are as good as anybody.”