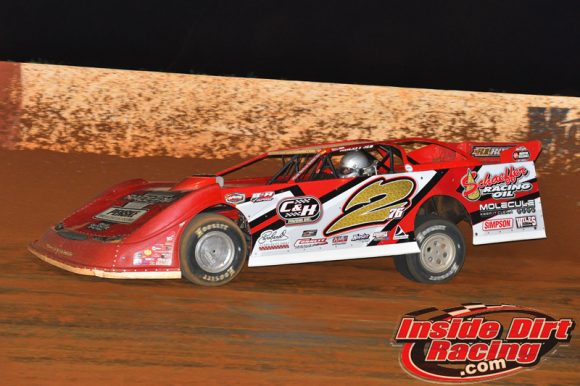 The competitors on the Southern Nationals mini-series rolled into Smoky Mountain Speedway on Tuesday night to contest the third event on the 11-race schedule. Brandon Overton scored his second win in the three races held so far as he made a pass for the lead just after the halfway point then cruised to a $3,500 victory and extended his lead in the series standings.

Michael Chilton led the way in Group A qualifying with a time of 16.450 seconds around the 4/10 mile clay oval to beat out Dakotah Knuckles and Jake Knowles.

Donald McIntosh proved to be the fastest in Group B time-trials and overall when he toured the Maryville, TN track in 16.270 second to top the efforts of Brandon Overton and Ashton Winger.

The top-3 from each qualifying group were locked into the feature race.

At the start of the 35-lap feature it was Chilton who took the early lead with McIntosh, Knuckles, Knowles and Overton in his tire tracks. After a lap 1 caution, Overton began his climb to the top of the leader board as he bolted into third on the ensuing restart. Kerr followed suit as he took fourth from Knuckles one lap later. 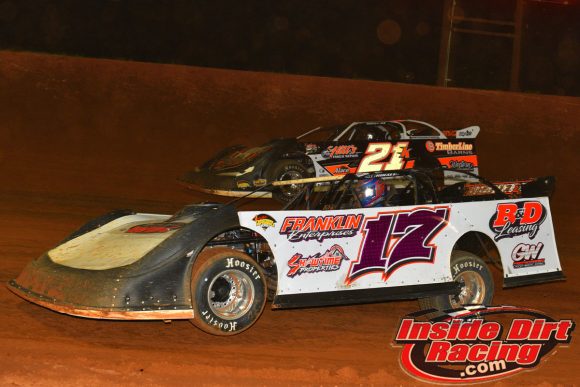 While all the action was taking place behind him, Chilton began to slip away from McIntosh and the rest of the pack. Winger, who had won a feature earlier this season at Smoky Mountain, moved forward on lap 8 by passing Knowles for fifth in the running order.

Overton began to really assert himself on lap 17 when he took second away from McIntosh. The No. 2 car then quickly cut into the lead of the of Chilton. After just three more circuits, Overton had closed to the rear spoiler of the front runner. 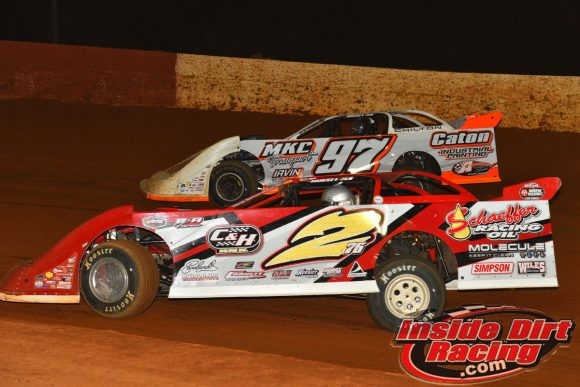 Overton passing Chilton for the lead

On lap 22 Overton made his moved and assumed the leadership of the race. From that point he built a relatively comfortable advantage and cruised to the checkered flag.