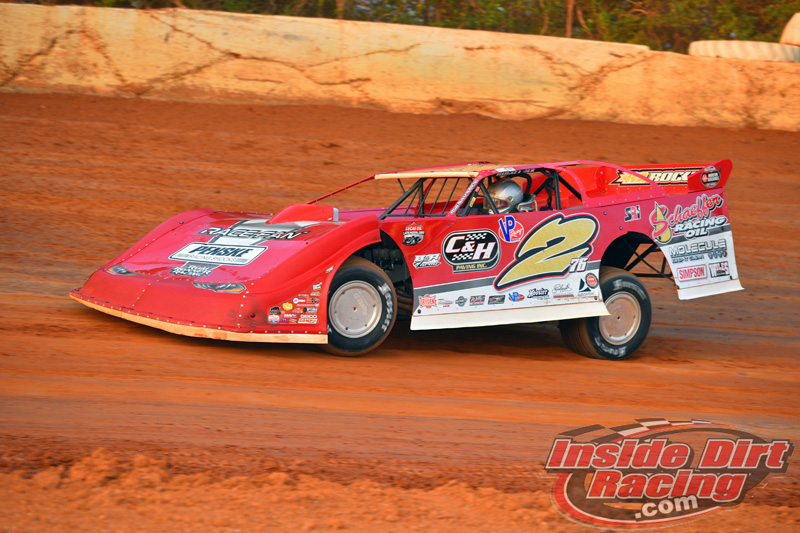 The World of Outlaws Late Model Series made its way to the 411 Motor Speedway to contest the third of a three-race weekend set of races. At the end of the night it was Evans, Georgia driver Brandon Overton who left the Seymour, Tenn. facility with the $10,000 first prize and the accolades due him for his victory.

It was Overton’s second consecutive WoO Late Models win after capturing the Mike Duvall Memorial on Friday night at the Cherokee Speedway in Gaffney, SC.

Ricky Weiss beat out a field of 25 cars in qualifying as he posted a lap of 14.160 seconds around the 3/8 clay oval. That time beat out the efforts of Cory Hedgecock, Ross Bailes, Ryan King and Vic Hill.

Ricky Weiss won the first heat race of the night ahead of Darrell Lanigan, Dennis Erb Jr. and Logan Roberson while Cory Hedgecock took the second preliminary of the evening over Cade Dillard, Shane Clanton and Brandon Sheppard. Finally, Chase Junghans was victorious in the third heat by beating out Brandon Overton, Ross Bailes and Dale McDowell.

The WoO Late Models redraw placed Lanigan on the pole with Hedgecock, Junghans, Overton, Dillard and Weiss filling out the remainder of the — rows on the feature race starting grid. 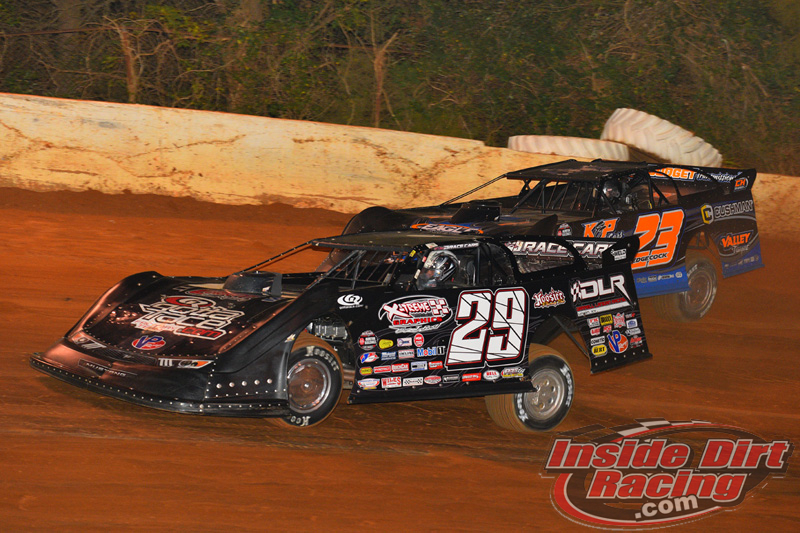 Darrell Lanigan (29) and Cory Hedgecock (23) battle for the lead.

At the start of the 50-lap feature it was Hedgecock who shot to the early lead with Lanigan, Overton, Junghans and Weiss trailing. The overall fast qualifier didn’t wait long in his attempt to erase the deficit created by the redraw as Weiss moved around Junghans to take fourth on the second circuit.

A critical moment in the race took place on a lap 9 restart when Overton was able to move into second while Weiss suffered trouble as his car drifted high and banged off the turn 2 wall costing him several spots. Just two laps later Dillard began to move forward as he wrested the fourth position away from Junghans while also pulling Clanton along with him as the No. 25 car passed by Junghans to move into the top-5.

Roberson lost a wheel to bring out a yellow flag on lap 17. This proved crucial to not only him but the race leader as well. As the cars circulated around the track under caution Hedgecock pulled into the pit area and out of the race with mechanical issues. That misfortune elevated Overton to the top of the leader board.

The most intense racing of the second half of the feature occurred behind the top-2 of Overton and Lanigan as Dillard, Clanton and Junghans fought over the remaining positions within the top-5. At one point on lap 27 Clanton and Junghans tangled in turn 2 slowing each just enough for Sheppard to pass by both and assume the fourth spot.

Sheppard, who has clinched the WoO Late Models season championship, claimed one more position as he got ahead of Dillard on a lap 35 restart. But from that point everyone was chasing Overton until the No. 2 machine cruised under the checkered flag to score the victory. 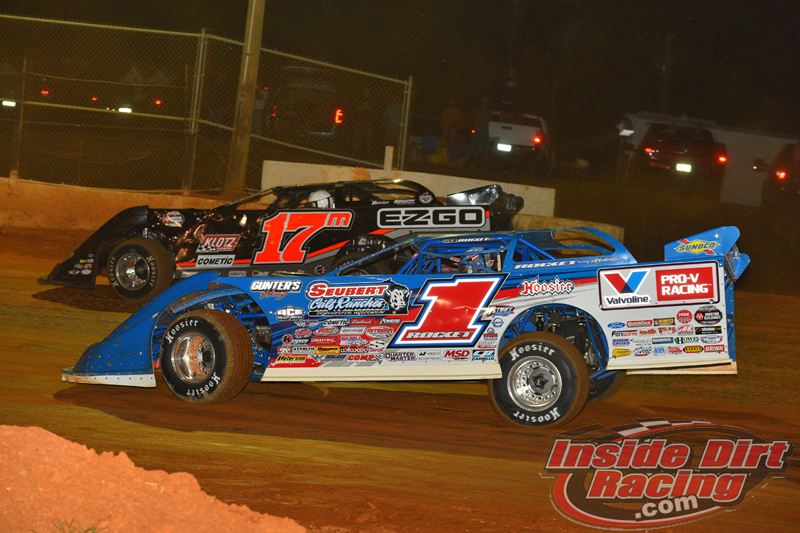 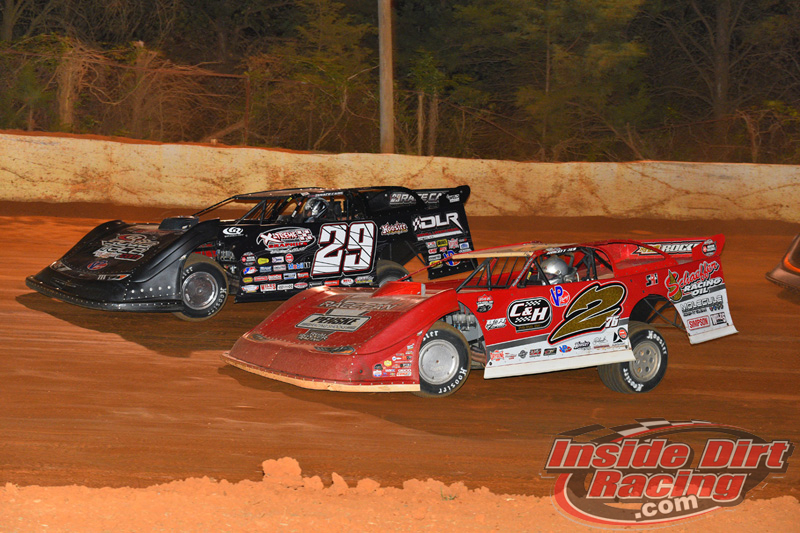 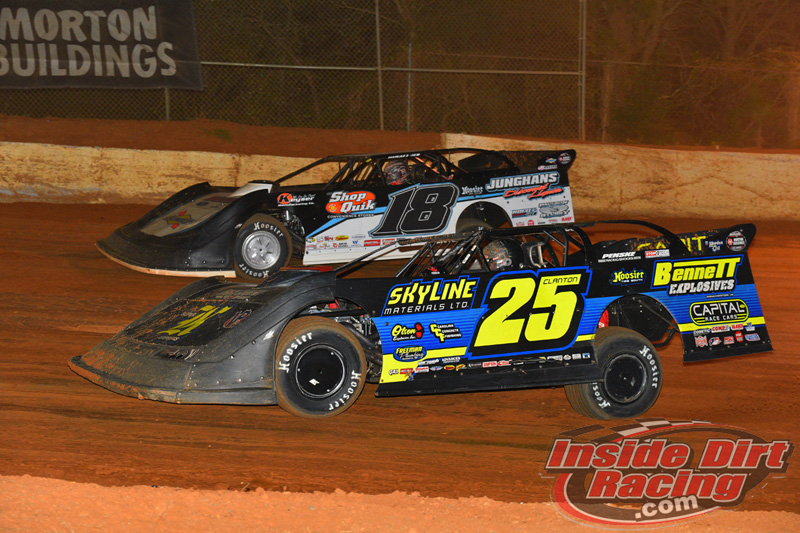 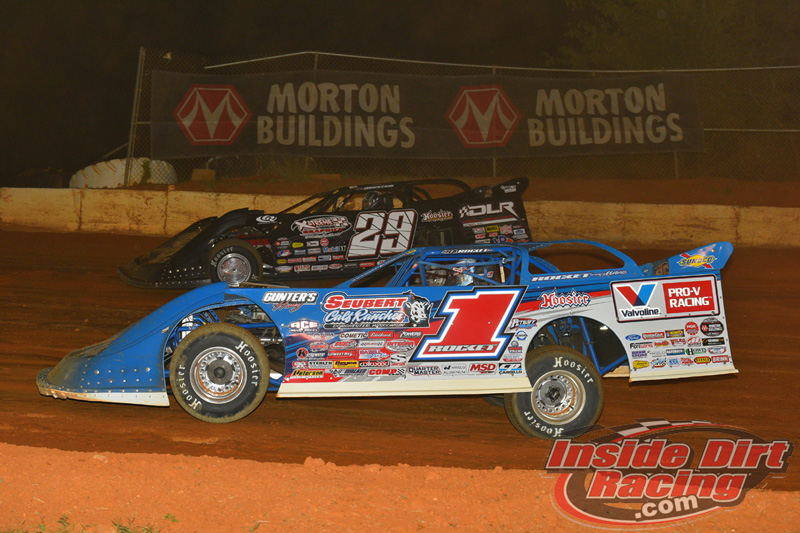 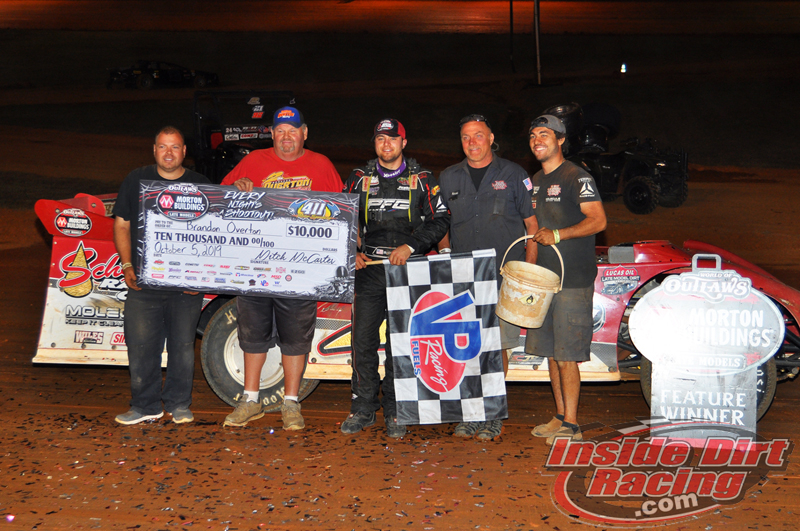