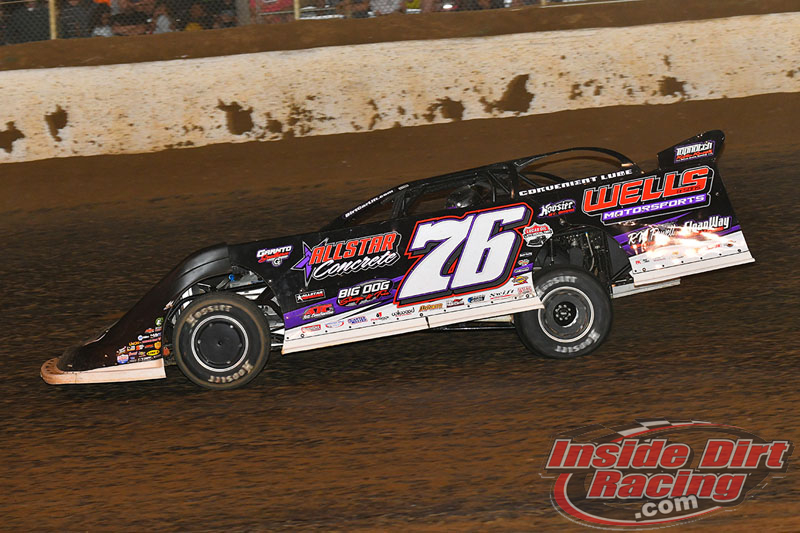 The Lucas Oil Late Model Dirt Series hit the track on Saturday night at Florence Speedway to contest one of its most prestigious and lucrative events. The 38th annual Sunoco North-South 100 played out in front of a big crowd assembled at the Union, Kentucky facility. At the end of the night, it was Brandon Overton who scored yet another high paying feature victory. The Longhorn Chassis driver from Evans, Georgia earned $50,000 for his efforts.

Devin Gilpin won the first B-main of the night over Scott James and Nick Hoffman then Ricky Thornton Jr. topped Josh Richards and Johnny Scott in the second and final B-main.

At the start of the 100-lap feature it was McCreadie who went to the early lead with Overton, Chilton, O’Neal and Bronson trailing. Overton moved in to challenge McCreadie’s lead of the race on laps two and three but T-mac was up to the challenge.

Just outside the top-5 a hornets nest of activity was taking place as Lanigan, Rice, Marlar, Dohm, Davenport and Erb engaged in battle. Meanwhile, the top-3 of McCreadie, Overton and Chilton sought to break away from the rest of the pack by lap 6.

In a race that would see its first 43 laps go caution free, the leaders found themselves in slower traffic by the 16th circuit. Chilton fell off the lead duo’s pace and into a fight with O’Neal and Bronson as those three drivers wrestled for positions 3-5.

On lap 21, Overton took charge as he moved around McCreadie for the lead of the race. At the same time, Josh Rice began to push forward as the home state crowd favorite broke into the top-5 on lap 30. Further back, veterans Davenport and Marlar began to move forward as they ran just outside the top-5.

A caution to allow the ambulance out of the infield slowed the action on lap 43. Just after the restart, Davenport would find his way into the top-5. But at the halfway mark, Overton and McCreadie appeared to be on cruise control.

Johnny Scott suffered a flat tire on lap 53 to bring out another yellow flag. On that restart, Davenport jumped all the way up to third position making it a three-car Longhorn Chassis parade.

On lap 60, Rice really began to push the issue as he moved to the high side and frequently slapped the outside retaining wall with the right rear quarter panel of his machine. The No. 11 made its way up to second by lap 65 with McCreadie just behind while Davenport, Dohm and Bronson ran in tight formation for spots 4-6.

Rice kept pace with the two-time 2021 Dirt Late Model Dream winner as the race approached the 25 laps to go mark.

A lap 80 caution gave the field one last shot at Overton but it was not to be. After the restart, the No. 76 appeared to cruise out to a lead of more than a straightaway as Rice faded just a bit with Davenport and McCreadie moving around the popular driver as the three fought fiercely over the closing laps.

Overton ultimately sailed under the finish line to earn another big payday. 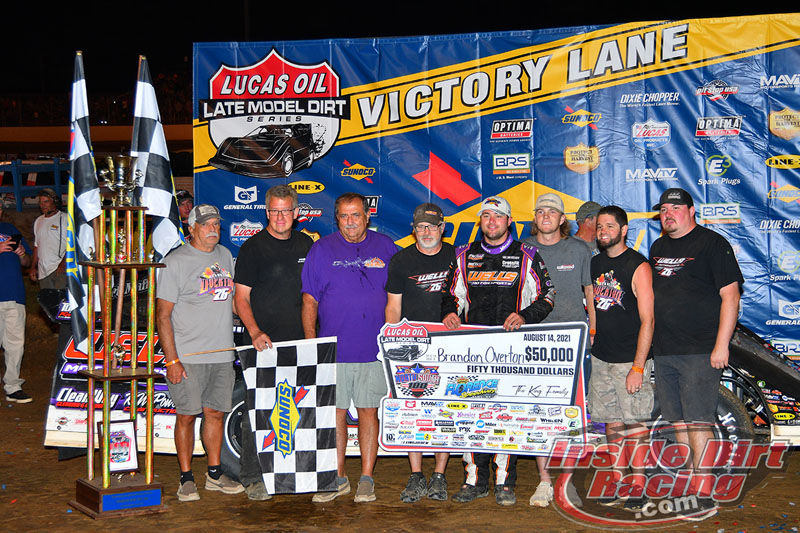