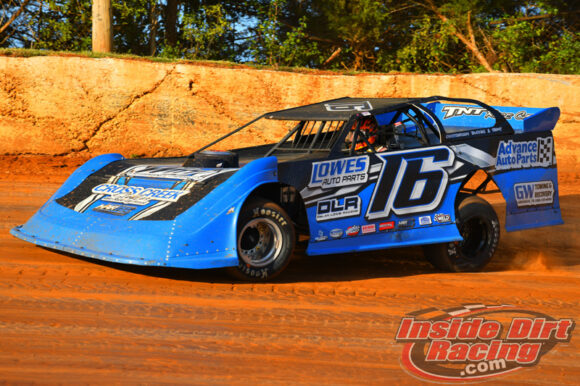 Brad Lowe took the win in the 604 Late Model division

At one time, Brad Lowe won so many race at 411 Motor Speedway that some jokingly began to call it Lowe’s Motor Speedway. However, health issues and other factors have kept the Knoxville, TN driver from racing on a regular basis for several years. But on Saturday night, Lowe regained his place in victory lane when he took the checkered flag in the 604 Crate Late Model that served as a support event for the World of Outlaws Morton Buildings late Model Series.

At the start of the 25-lap feature Jesse Lowe took the early lead with Brad Lowe, Martin, Sise and Henry trailing. But on the second circuit it would be Brad Lowe who would sweep by Jesse Lowe to assume the race lead. Further back, Henry passed by Sise to take fourth. 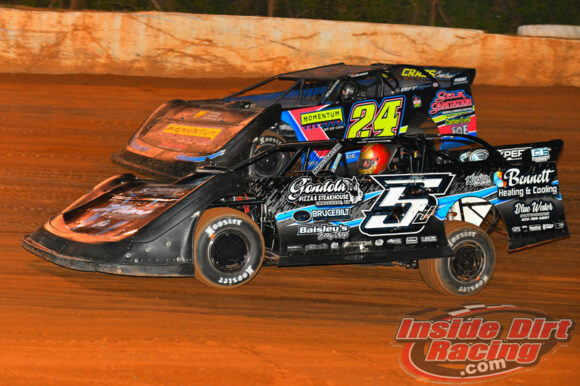 The top-3 of Brad Lowe, Jesse Lowe and Martin ran in tight formation as they battled for the race lead until a yellow flag waved on lap 9 when Emert spun. On the ensuing restart it was Martin who moved forward as he took second away from Jesse Lowe.

Just one lap later Martin moved by Brad Lowe to take over the top spot and began immediately to pull away from his pursuers. 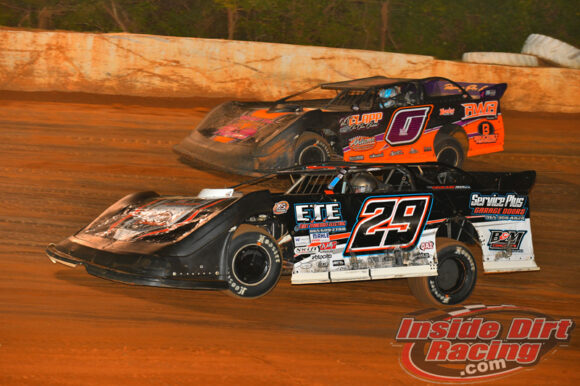 Rusty Ballenger(29) and Ross White(0) late in the race

Martin continued to hold the lead and build his advantage over the pack. However, things went awry for the driver known as ‘Skinny’ on lap 22 when his car slowed suddenly to bring out a caution.

Brad Lowe reassumed the lead with Martin’s misfortune and the No. 16 then drove on to the checkered flag to collect the win.