Blake Brown bullish on the direction Modified racing is heading 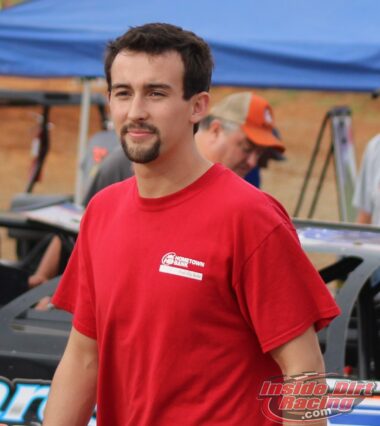 Even though he is only 22 years of age, Blake Brown can be considered a veteran of the Open Wheel Modified ranks. The Corbin, Kentucky native not only has several seasons of experience under his belt but he also has a record of success on the dirt tracks across the region near his home base.

The No. 99 machine has wheeled into the victory lanes of numerous tracks throughout this young racer’s career including a total of nine times during the 2021 campaign. Brown was just recently crowned as this year’s Brucebilt Iron-Man Modified Series champion at the conclusion of this past weekend’s Leftover event at the 411 Motor Speedway in Seymour, Tennessee.

When considering the success he has already achieved in a relatively short period of time, it is important to point out that Brown has not always been a Modified driver. For that matter, he has not always been a dirt racer. But no matter what form his racing may take, the wheelman’s skill and desire to race are part of a family tradition and the result of a key relationship formed along the way.

Brown’s father, Robbie, was a long time racer while noted engine builder Vic Hill is a friend of the family.

“I did asphalt racing for about six years,” Brown explained in a recent interview with InsideDirtRacing.com. “My dad raced on asphalt all of his life and I’ve got an asphalt track(Corbin Speedway) a half-mile from my house, but it shut down. Vic Hill is kind of my godfather and he’s a very good friend of mine. I got with him and he told me I needed to go dirt racing. He wanted me in the steelhead stuff, but in Kentucky, steelhead is not that big so it’s Modifieds or Supers. Obviously, we couldn’t afford Supers so Modified it was. We’ve been doing Modified stuff for about six years now.”

By most accounts, Modified race cars on dirt are not the easiest of machines to drive with their high horsepower and narrow tires but Brown enjoys the challenge.

“Vic always told me that if I could drive one of these I could drive about anything,” he pointed out. “I’ve had a few rides in a Late Model that I’ve played around with and they’re like a Cadillac compared to a Modified, that’s for sure. We’ve got 700 to 750 horsepower on an eight-inch tire and it can be interesting sometimes.”

At one time, Modified racing was the hot ticket on dirt tracks. However, there was a bit of a fall off in terms of enthusiasm for that brand of competition. But now, the division appears to be making a strong comeback. Evidence of that came this past weekend when 411 Motor Speedway hosted an unsanctioned Modified race paying $500 to the winner on Friday night then followed that up on Saturday with a $1,200-to-win show conducted by the Iron-Man Modified Series with both of those races drawing more than 40 cars.

Like virtually every other racer in any form of the sport, Brown would like to see more high-paying events on the schedule for the Modified class. But at the same time, he points out that sanctioning bodies such as the DIRTcar UMP Modifieds, which holds most of its shows in the Midwest, and the Iron-Man Series led by Chris Tilley have done much to return this form of motorsports to prominence.

“Years ago it was very big when Jimmy Owens and Mike Marlar were in these things, Modifieds were where it was at then it kind of faded away,” Brown recalled. “I’ve got to give props to all the UMP guys and Tilley especially in the east Tennessee area. It seems like in the last two years that car counts have really improved. I remember going places and only having eight cars show up. Here last night for $500, you had 43 cars. Car counts are really growing and that’s what I like to see for this sport.” 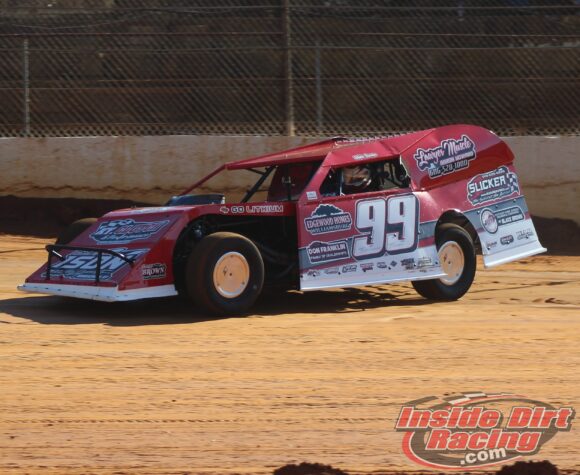 Further, the noteworthy success enjoyed this season by Modified standout Nick Hoffman as well as the involvement in Modified racing by former NASCAR stars Kenny Wallace and Ken Schrader have done much to elevate the sport. More, the use of social by such competitors helps to draw attention.

“When you’ve got Schrader and Wallace and Hoffman and these big publicity guys sharing how much they love it, it definitely helps,” Brown stated. “They could afford to do whatever racing they want, they could go Super racing if they wanted to but they picked Modifieds because that’s where the fun is. It is affordable, to a point, but they really push it publicity wise. As much as Wallace gets on there(Twitter) and goes on, he’s helped the sport a good bit.”

While Brown has in fact been quite successful in this form of racing employing a Lightning Chassis, it is not a full-time profession. As a result, he and his team must carefully consider when and where they want to race.

“We all work full-time jobs. I’m an insurance agent and do that eight-to-five Monday through Friday. And all of my crew does. We’ve got to be reasonable and stay home as much as we can but I love to travel. We’ve got a motorhome and we try to get up and down the road. For the first two years in Modifieds, I went to one track and I kind of got burned out on it. I want to travel, I want to see new race tracks so every year I put it on my list to see new places. You’re going to get better with the more you travel, and the more guys you race against the better you’re going to get.”