Babb fights off Richards for Friday win at Eldora 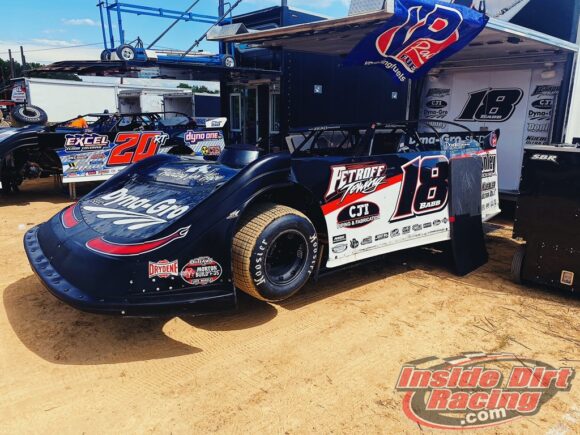 The eyes of the Dirt Late Model world were focused on Eldora Speedway for the second consecutive night as the Intercontinental Classic offered up another feature. At the end of the night it was Shannon Babb who fought back a late challenge from Josh Richards and scored the win at the historic venue. The Moweaqua, IL driver earned $10,000 for his efforts.

Shannon Babb was victorious in the third heat over Ricky Weiss, Darrell Lanigan and Bobby Pierce then Josh Richards beat Chris Ferguson, Kyle Bronson and Dale McDowell in the fourth and final heat of the night.

Mike Marlar won the first B-main by topping Dennis Erb Jr. and Mason Zeigler and Frank Heckenast Jr. was the winner in the second B-main over Jason Jameson and Chris Madden.

At the start of the 30-lap feature it was Babb bolted to the early lead with Richards, Ferguson, Davenport and Sheppard. Shortly thereafter the top-2 cars pulled away from an intense battle for third between Ferguson, Davenport, Sheppard, Weiss and McCreadie.

A caution flag waved on lap 9 for Mason Zeigler slowed the pace.

On the ensuing restart Babb continued to lead as Davenport exchanged the fourth position with Sheppard multiple times. Then Richards began to close in and made a bold charge to take the lead on lap 21.

A lap 23 caution for Jameson regrouped the field for a final restart. On the restart, Babb jumped back into the lead with Richards giving chase while Davenport and Ferguson fought over the third spot.

Strickler and McCreadie also engaged in a fierce fight for fifth at the same time Babb and Richards slipped away from the pack. As the cars came to the white flag Richards briefly pulled alongside Babb but the No. 18 car was able edge ahead and eventually cruise under the checkered flag to claim the win.