The people of Tennessee are hungry for racing action and this upcoming Memorial Day weekend they will have the opportunity to fill that void in their lives. With Tennessee governor Bill Lee clearing the way by easing many of the restrictions brought on weeks ago by the coronavirus pandemic, race tracks will be cleared to open for business beginning this Friday, May 22nd.

And it isn’t just fans who are anxious for the sport to get back into action. Area drivers and track operators are also ready to return to some degree of normalcy.

The Topless Outlaws Dirt Racing Series and the American Crate All-Star Series will join together for a pair of races this Friday and Saturday at the Volunteer Speedway in Bulls Gap, Tenn. and the Smoky Mountain Speedway in Maryville, Tenn.

The racing action in Bulls Gap will take place on Friday evening with the Topless Outlaws competing for a $2,500-to-win purse while the American Crate drivers will battle for a $2,000-to-win allotment.

Smoky Mountain will pay $3,000-to-win for both the Topless Outlaws and the American Crates in their ‘Memorial Day Mayhem in the Mountains’ event slated for Saturday night.

Both tracks will also host racing for other classes.

Two area drivers set to answer the challenge presented by both tracks are Rusty Ballenger, who will compete with the American Crate All-Stars, and Austin Neely, who hopes to achieve glory against the other Topless Outlaws drivers.

Both have had their fill of looking for things to do since racing was shelved around east Tennessee back in March. These drivers, and likely others, are appreciative of Volunteer owner Landon Stallard and SMS owner Roger Sellers for staging these shows so quickly after the pandemic restrictions were eased. 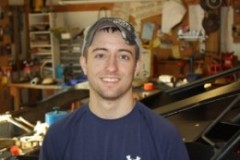 “It’s been pretty frustrating,” Ballenger admitted in an interview with InsideDirtRacing.com. “We’re used to racing every week and sometimes twice a week. I think we went seven or eight weeks without racing and we were definitely getting cabin fever hard with all those pretty Saturdays when we had with no racing. We were ready to come back to the race track.”

Ballenger returned to racing at Boyd’s Speedway in early May after the unplanned absence.

While there might have been some advantages to life without racing, Ballenger is ready to get back into a regular swing of things in the sport he loves. He and his father, Rick, take on projects for home and business owners in the Seymour, Tenn. area with their Rick’s Handyman Business when they are not racing.

“We definitely saved money doing that and got a lot of stuff done,” Ballenger explained. “We’re trying to get as much of our list of stuff done as we can before we get back this racing more often.” 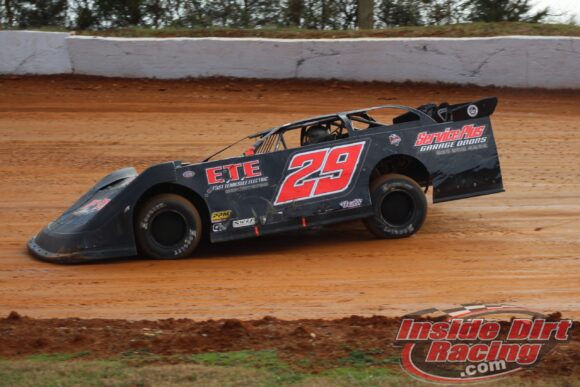 Neely too experienced some frustration because of the inability to race as tracks and other businesses were halted in hopes of reducing the spread of COVID-19.

“I wish I could say that it was nice and relaxing and we didn’t have a lot going on but we were working on our stuff like I’m sure everybody was,” Neely told InsideDirtRacing.com. “You get such a short winter nowadays that you don’t really get everything prepared like you want to. I think it allowed everybody to get their race cars and their programs more prepared for the season and I honestly think it will make for a lot better racing.”

Ballenger enjoys racing with the American Crate All-Star Series. That organization’s way of conducting its business suits him.

“I like racing with that series,” the driver of the No. 29 Warrior Race Car stated. “The officials do a good job of going by the book and they’re pretty strict. I like the tech that they do. It seems like everybody is on the same playing field.”

Of the two tracks in play this weekend, Smoky Mountain provides the greatest challenge for Ballenger, who is a former 411 Motor Speedway track champion and a former title winner with the United Championship Racing Alliance. The 29-year-old driver believes the competition level will be high at both speedways.

“If we get through Bulls Gap without any trouble we’ll head for Smoky Mountain,” Ballenger said. “I’ve never really ran all that good there(SMS). In all the times I’ve been there we’ve tried some different things to get the car freed up. Hopefully this time will be better, but I know there will be a lot of cars with so many people ready to race. It will be a stacked field so just to make the top-10 or the top-5 will be pretty tough.”

Neely has also raced recently. When Georgia began to lift its restrictions, the driver of the No. 3 Sweet-Bloomquist Race Car entered a special pay-per-view event at Boyd’s Speedway on May 2nd. Using a Limited Late Model(Steelhead) power plant, the 26-year-old started that event from the front row then led the first 15 laps of the feature against a field made up of numerous Super Late Model machines. 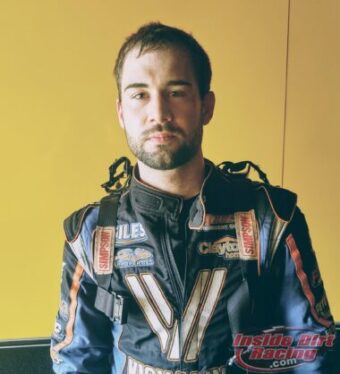 “We were very surprised at Boyd’s, I’ll say that,” Neely conceded. “I went down there trying to shake the rust off of everything and try some things we’ve been working on and the car was pretty good. Our confidence level right now is pretty high. We hope to come into next week pretty strong at Bulls Gap on Friday night. That’s been a good race track for us in the past then we’re going on Saturday to Smoky Mountain. We’re very excited and looking forward to both races.”

Neely enjoys the aspect of racing without the roof on his car employed by the Topless Outlaws. He believes that doing so provides a unique perspective for fans and drivers alike.

“We like it and I think everybody really likes it and enjoys it because it’s something different,” the New Tazewell, Tenn. racer said. “Fans can identify with the drivers more. I think it’s a great idea and we enjoy it.”

He further credits the Topless Outlaws for keeping Limited Late Model racing alive in the region.

“But the biggest thing is that the guys you race against on a weekly basis are really top notch guys,” he added of the series. “Everybody is respectful and drives hard and clean and it’s good racing.” 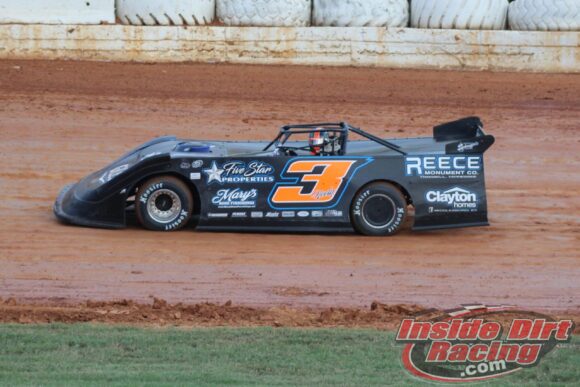 “They’re both fast,” Neely declared. “Smoky Mountain was fast a lot last year but it can slick off too. Roger and his group have done a really good job with their track prep. By the end of last year they really had it down. I think they’re doing a great job.”