Adam Beeler looking to build on very successful past season 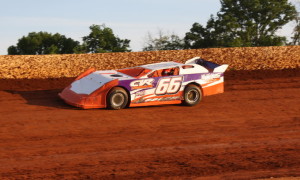 Adam Beeler had an incredible season in 2013. Racing at several tracks around east Tennessee, the 30-year-old racer piled up double-digit win totals in Crate Late Model and Limited Late Model competition. And that success began early on in the campaign.

“Last year started off pretty good,” Beeler declared in a recent interview. “We went to Boyd’s and ran the Cabin Fever race. That was the first time we’d ever been there and we sat on the pole and ended up winning that race. We kind of took our program from there and did a whole lot of work in the few months before the racing really got going. We had a couple of wins over at 411 and then we focused on Smoky Mountain most of the time and got our program over there a whole lot better towards the end of the season and wound up winning the points championship” 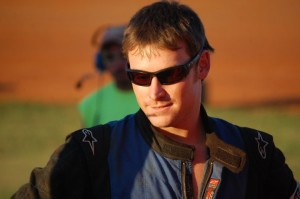 Beeler so had his program together at Smoky Mountain Speedway that he sometimes won races by large margins on the track noted for its long straightaways. “When you can go over there and win by a half a straightaway or a full straightaway, that’s a big advantage over the other guys,” Beeler said.

But what was the key to those dominating performances? Beeler says it was a combination of hard work, trial and error, and ingenuity.

“We did a lot of testing over there through the week, especially with shocks and springs and different other combinations on the car that worked, especially in the slick,” explained the driver who works for Chip Vineyard’s CVR Race Cars operation.

“This day and time in racing, you can only do so much to a race car as far as moving things around,” Beeler continued. “If you can get a shock package and spring package that works on your car, I believe you’ve got an advantage. But there again, there’s so much work that goes into shocks that you’ve got to have a guy that can build shocks right there so when you come off the racetrack you can tell him what the car is doing and he can come up with something to try. Then you just go out and have a guy with a stop watch to see if the change made it better or made it worse.”

The driver says his racing program will see a bit of a modification in 2014 in terms of where he will race. “Our main focus is probably going to be on the NeSmith stuff at 411 this year. And if they have very many crate races at Smoky Mountain, we’ll probably go over and hit those.”

One aspect of Beeler’s life has undergone a significant reformation. In October his family status changed when he was married . He and wife Lauren, along with daughter Cheyenne, live in the Halls community of Knoxville.

All in all, Beeler is happy with his racing career, but he would like to move to the next level at some point. “I’m pleased with my progression as a racer. We’ve won championships on motorcycles and karts and we’ve won two championships in late models. With my family around here, I’d like to just focus on mostly staying around here and maybe venturing out to a few other tracks. But I would like to move up to the Super Late Model division at some point.”