Aaron Reutzel rallies for ASCoC win at The Gap

Reutzel suffered mechanical issues during hot laps and played catch-up all night. Reutzel could only manage the 10th fastest time in qualifying out of 17 entries. Cory Eliason was the fastest qualifier with a lap of 11.176 seconds. That was almost three-tenths of a second faster than the second fast qualifier Tony Stewart. Paul McMahan checked in with the third fastest time of the night.

After a series of spins that reshuffled the starting lineup for the fast car dash, McMahan won over Eliason and Stewart. Lynch and Reutzel rounded out the top 5.

The 30-lap A-main saw Eliason get the lead over McMahan as the field raced into turn 1. Lynch made a quick move to secure third over Stewart with Zeb Wise looking to take fourth after getting by Reutzel. Ruetzel lost fifth to Baughman as it looked to be a rough night for the defending champion. 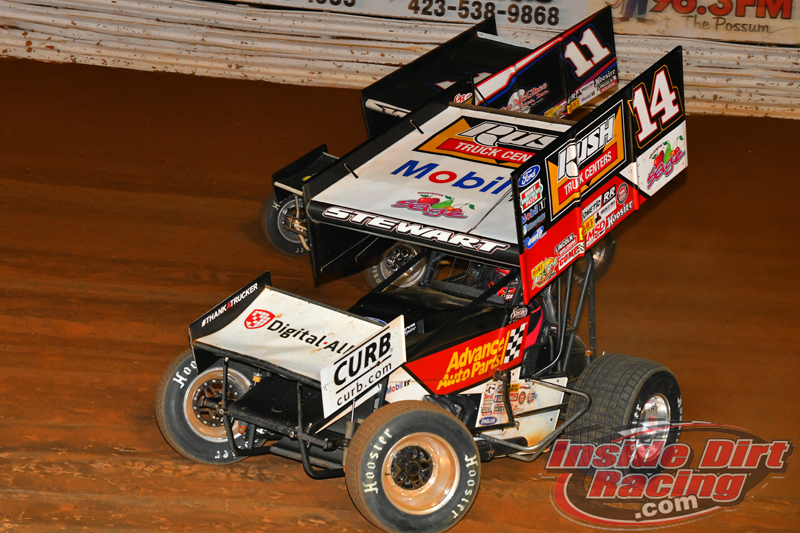 After getting by Baughman, Reutzel found his groove around the high banks of Volunteer Speedway. Reutzel wasted no time in tracking down Wise, who had been battling Stewart for fourth, to move into fifth. Reutzel then chased down the three-time NASCAR Cup Champion to battle for fourth. The pair exchanged slide jobs on lap 13 before Reutzel finally seized the position a lap later. Reutzel wasted no time in passing Lynch for third on lap 15.

Reutzel chased down the top two and began to pressure McMahan for second on lap 19. The duo raced side-by-side before Reutzel muscled his way around McMahan on lap 21. Reutzel quickly caught Eliason by lap 22. Eliason got a little out of sorts in turn 4 to allow Reutzel to get alongside for the lead. Eliason then crossed back under Reutzel to hold the lead on lap 24. Reutzel returned the favor by dropping under Eliason in turn 1, then crossing over to grab the lead. 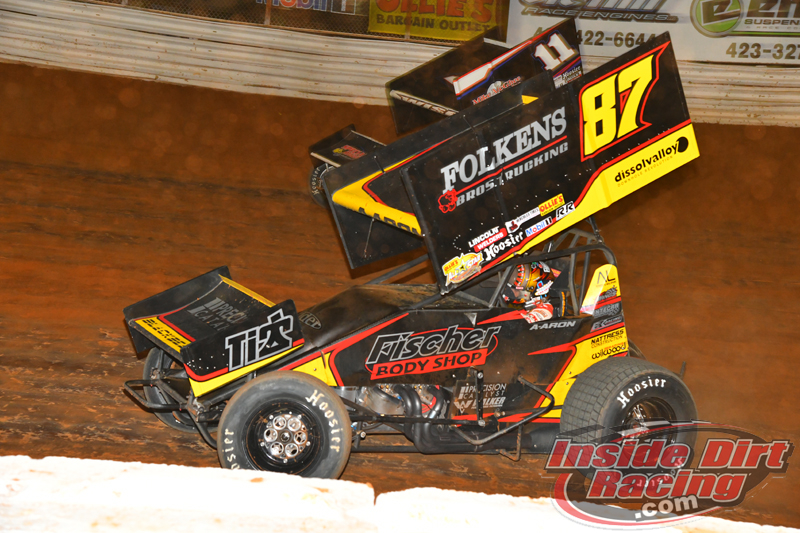 The race was headed for a caution free event until a late caution with 2 laps remaining slowed the field. As the green waved, Reutzel checked out to secure the win as Eliason and McMahan battled for second to the checkered flag. 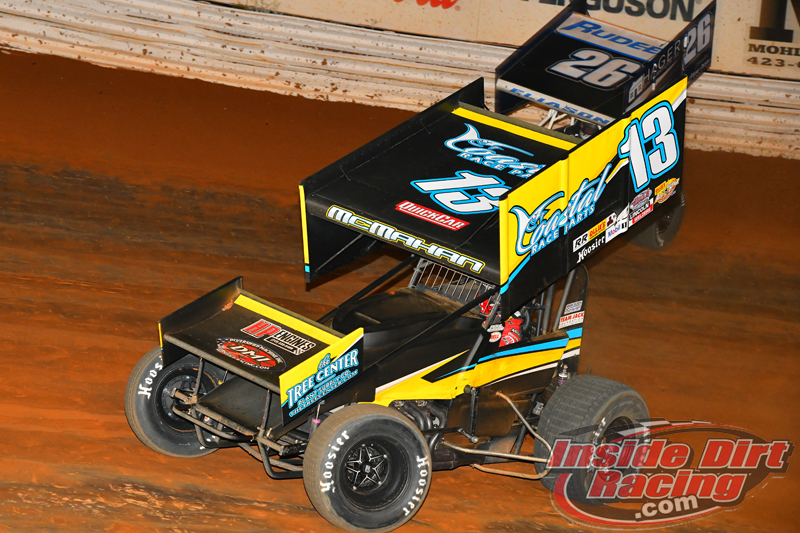 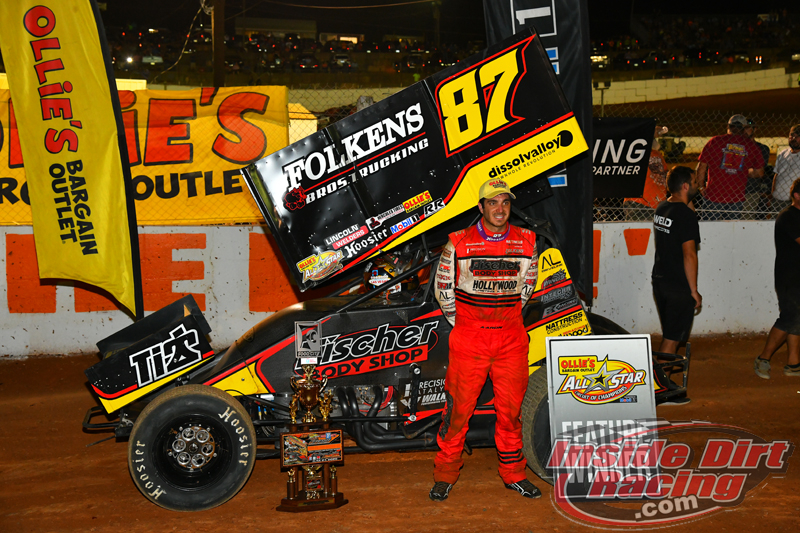