The tendency for many of us as each year comes to a close is to look back on the past twelve months and recall the most memorable events to have taken place. That is certainly no different in the world of dirt racing. Granted, every year has its big stories, but it seemed as if 2014 had more than its share of major announcements and huge happenings.

In no particular order, I am presenting a two-part wrap up of the biggest stories to have captured my attention during the past season. There were no doubt many others, but these are the ones that came to my mind.

Michael and I already did a pair of Turn 2 Blog write ups in which we recapped the biggest local racing stories of 2014( Drivers & Events ) so this report will focus more on national and regional events. 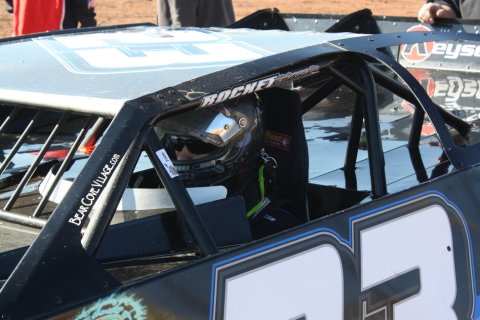 John Blankenship was among those drivers to have his career ended in 2014.

Retirements: The end of the 2014 season brought about a rash of surprise announcements from drivers who declared that their careers were either coming to an end or are currently in a state of limbo as the next season quickly approaches.

Perhaps the most surprising of these announcements with most story book-like ending to a career involved two-time World 100 winner Brian Birkhofer. The Iowa driver stunningly declared that he would compete for the last time in the Lucas Oil Late Model Dirt Series sanctioned Knoxville Nationals. And just about 24 hours after making that declaration, he executed an outside pass on the last turn of the last lap to beat Scott Bloomquist to the finish line and score the $50,000 victory.

Birkhofer listed the rising costs of racing as one reason for his seemingly premature departure from the sport.

Another former World 100 winner also had his career come to an abrupt halt, or at least a pause, in 2014. LOLMDS regular John Blankenship had his team shut down by his father Don just days ago. According to reports, the equipment once used by Number 23 Inc. is in the process of being liquidated. The West Virginia driver began the season with the intention of following both the LOLMDS and the NDRL, but those plans were foiled when the latter folded at mid-season. He finished 7th in the Lucas Oil final standings.

It may be worth noting that Blankenship’s father, who served as the team owner, was recently indicted on federal charges(for which he has pleaded not guilty) related to a coal mine explosion back in 2010. However, those legal issues were not listed as a reason for the racing team’s shutdown. The possibility for Blankenship to someday return to racing was left open when the announcement of his team’s closure was made.

Like Blankenship, whose team shop was located in Morristown, Tenn., another driver with east Tennessee ties had his career terminated, or at least put on hold, late in 2014. Eric Jacobsen, who maintained a shop in Knoxville, was reported to be selling his racing equipment this past November.

The California resident who made numerous coast to coast flights each year to race had won the Southern Nationals event at the Tazewell Speedway during the summer and had finished second in that Ray Cook promoted mini series.

Jacobsen’s situation was brought about when his family’s SoilFume company opted to terminate the funding of his team. But like Blankenship, the door was left open for him to return to racing at some point, possibly in the very near future.

Another well known racer to be forced to call it quits at the end of 2014 was former World of Outlaws Late Models regular Brady Smith. The Wisconsin driver cited the rising costs of racing, difficulty in finding crew members and the long distances his team had to travel in order to compete as reasons for his departure from the sport. 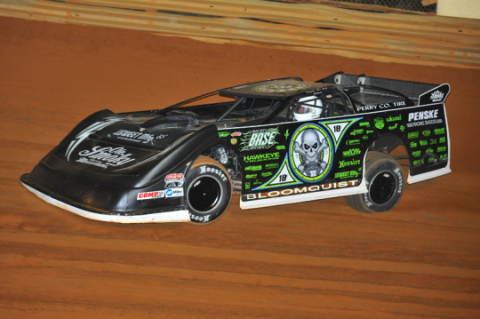 Scott Bloomquist won some of dirt racing’s biggest prizes in 2014.

Bloomquist being Bloomquist: It wouldn’t be a season recap of Dirt Late Model racing if there wasn’t at least one mention of Scott Bloomquist, and rightfully so. The Mooresburg, Tenn. driver turned in a banner campaign that could very easily have been much better with just a little luck.

There was a degree of uncertainty for the Hall of Fame driver as 2014 began due to the fact that Bloomquist had partnered with Randy Sweet of Sweet Manufacturing to rebrand the familiar Bloomquist Race Cars into Sweet-Bloomquist Race Cars. But any doubts that might have been harbored by those who keep up with Dirt Late Model racing were laid to rest as the season played out.

Bloomquist scored multiple triumphs in 2014, including five wins that paid $20,000 or more. Among those wins was the driver’s fourth World 100 at the famed Eldora Speedway and the $50,000-to-win Dirt Track World Championship.

He won so many races and so much money in October, including the DTWC, that DirtonDirt.com editor Todd Turner dubbed Bloomquist’s efforts during the month ‘The Hunt for Green October’.

Perhaps more amazingly was how good Bloomquist’s season could have been. As mentioned above, he was passed on the last turn of the last lap in the Knoxville Nationals and he led much of the way in the Dirt Late Model Dream at Eldora before falling to 3rd late in the going.

At 51 years of age, the driver of the No. 0 still has a burning desire to win. “Winning never gets old, that’s for sure,” he told this website back in October. 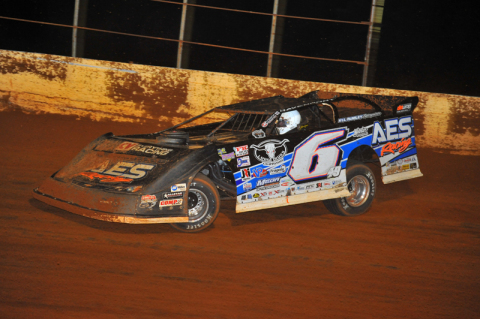 Jonathan Davenport was leading the NDRL points when the sanctioning body ceased operations.

Rise and Fall of the NDRL: The 2014 season opened with the promise of no less than three national touring series’ in the world of Dirt Late Model racing as relative upstart NDRL joined the Lucas Oil Late Model Dirt Series and the World of Outlaws Late Models in posting a full schedule of events. The sanctioning body had run a very limited schedule in 2013 but had expanded significantly in preparation for this year.

Series owner John Kennedy had big ideas for his series and set out to put those into practice in what he hoped would be the first of many full seasons for the National Dirt Racing League. The series produced a 39-race schedule that took advantage of LOLMDS off weekends and would have drivers and teams competing in a number of two-day event weekends that were to pay $20,000-to-win for both races combined.

The NDRL ventured into east Tennessee for a two night affair at the Smoky Mountain Speedway that saw Dale McDowell and Chris Madden take home the respective wins. The Saturday night race in particular at SMS played out in front of a huge crowd.

However, word came in July that the NDRL would cease operations immediately. Drivers and teams were informed that the proposed $315,000 in point fund money would not be paid.

Many had speculated before the season began that the sport was not capable of supporting three national touring campaigns. By mid-season, that was no longer a concern.